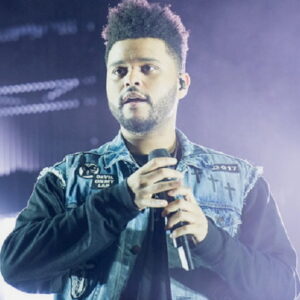 More Facts of The Weeknd

The Weeknd is the stage name of Abel Makkonen Tesfaye, a Canadian singer, songwriter, and record producer. After publishing many of his songs on YouTube under the username ‘The Weeknd,’ he gained notoriety. He was influenced by R&B performers such as Aaliyah, Missy Elliott, Timbaland, and The Neptunes after being inspired to become a singer by Michael Jackson. He began his career by releasing free mixtapes through his own website. ‘House of Balloons,’ ‘Thursday,’ and ‘Echoes of Silence,’ his three mixtapes, helped him build a loyal fan base. His studio albums have always gotten favorable reviews. Tesfaye, who was shy and insecure as a child, made a conscious effort to avoid publicity in his early career. He avoided doing interviews and didn’t even include his own photo on the covers of his mixtapes. On Twitter, he connected with his followers. However, as his songs began to appear at the top of the charts around the world, he gained confidence. So far, he’s collaborated with Kanye West, Beyoncé, Ed Sheeran, Kendrick Lamar, and Drake. Tesfaye, who wants to be recognized for being unique and different, began with his most recognizable characteristic, a hairdo inspired by Jean-Michel Basquiat.

On February 16, 1990, in Scarborough, Ontario, The Weeknd was born to Makkonen and Samra Tesfaye. He is the sole child of his parents, who immigrated to Canada from Ethiopia in the 1980s.
He was raised by his mother and maternal grandmother and has no recollection of his father, who abandoned the family when he was one or two years old. To support the family, his mother worked as a nurse and a caterer while still attending night school.
Amharic is his first language, which he acquired from his grandmother. From the French-immersion class he attended through eighth grade, he became fluent in the language.
He went to West Hill Collegiate Institute and Birchmount Park Collegiate Institute during his childhood. After six months, he was kicked out of one and dropped out of the other. He immediately left home and moved into a one-bedroom house at 65 Spencer Avenue with two of his pals.

Career of The Weeknd

When The Weeknd met producer Jeremy Rose, he began his musical career. The two started working on an R&B album called ‘The Weekend’ right away. Rose, on the other hand, did not use the three songs Tesfaye wrote for him, ‘What You Need,’ ‘Loft Music,’ and ‘The Morning.’
Tesfaye launched a YouTube channel called “The Weeknd” in 2010 and uploaded the three tracks to it. The tracks immediately gathered traction, and they were even mentioned in a blog article highlighting Drake’s music.
On March 21, 2011, he released his first mixtape, ‘House of Balloons.’ There were nine tracks on the album, including the songs he wrote for Rose. The mixtape was nominated for the Polaris Music Prize in 2011.
Within a few months, he began performing live and collaborating with Drake as a vocalist. He released another mixtape, named ‘Thursday,’ on August 18, 2011, with nine tracks.
‘Echoes of Silence,’ his third mixtape, was released on December 21, 2011. The ‘Balloons Trilogy’ was completed with this album, which included nine songs. Within a year, the three mixtapes had increased his popularity and made him a star.
He and his band began performing at events across the United States and Europe in April 2012. He began his career at the Coachella Festival in California and has since performed at the Primavera Sound Festivals in Spain and Portugal, as well as the Wireless Festival in London.
In September 2012, he secured a deal with Republic Records, and the following month, he released a compilation album called ‘Trilogy’ in collaboration with his own imprint, XO. The album included all of the songs from his three mixtapes, as well as three new ones.
His debut studio album, ‘Kiss Land,’ was released in September 2013 and earned excellent reviews from critics. In the song ‘Live For,’ his longtime colleague Drake makes a cameo appearance.
In 2013, he contributed to the soundtrack of ‘The Hunger Games: Catching Fire,’ a Hollywood film. After that, he went on Justin Timberlake’s ‘The 20/20 Experience World Tour.’ In 2014, he recorded a duet with Ariana Grande called “Love Me Harder.” He released the song ‘Earned It’ from the soundtrack of the film ‘Fifty Shades of Grey’ later that year.
‘Beauty Behind the Madness,’ his second studio album, was released in August 2015. Labrinth, Ed Sheeran, and Lana Del Rey all had cameos on the album, which featured five tracks. His song ‘Earned It’ was also included on the CD.
His third studio album, ‘Starboy,’ was released on November 25, 2016. It had guest appearances from artists such as Daft Punk, Lana Del Rey, Future, and Kendrick Lamar, just like his previous albums.
He collaborated on the song ‘FML’ from Kanye West’s album ‘The Life of Pablo’ in 2016. He also appeared on Beyoncé’s album ‘Lemonade’ in the same year, on the song ‘6 Inch.’

Major Projects of The Weeknd

After his song ‘The Hills’ succeeded his other chart-topping single, ‘Can’t Feel My Face,’ on the ‘Billboard’ Hot 100 chart in 2015, The Weeknd entered the ranks of Elvis Presley, The Beatles, and Taylor Swift. He is the 12th person to have two tracks at the top of the chart in a row. His album ‘Beauty Behind the Madness’ was nominated for two Grammy Awards in 2015, for ‘Best Urban Contemporary Album’ and ‘Best R&B Performance.’ He was nominated for an Academy Award for his song “Earned It,” which was included on the album.
The album ‘Starboy’ was well-received by critics and debuted at the top of the Billboard 200 chart. Within a day of its release, it was the most popular album in 80 countries.

Since early 2015, The Weeknd has been in a relationship with runway model Bella Hadid. She also starred in his ‘In the Night’ music video. They apparently broke up in late 2016 owing to scheduling conflicts.
He fuelled reports that he was dating pop sensation Selena Gomez in early 2017. They reportedly got close while working on a project together.

The Weeknd is a philanthropist as well. He’s given money to a variety of charities, including a $250,000 donation to the Black Lives Matter campaign.