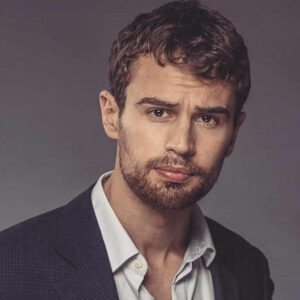 Theo James is an English actor, musician, and model best known for his depiction of detective Walker Clark in the CBC mystery drama series ‘Golden Boy,’ as well as his part as Jed Harper in the popular TV series ‘Bedlam.’ When he entered the film industry, he became well-known and successful, especially after signing on to play a major role in the ‘Divergent’ film series. For the role, Theo James won multiple honors and rose to prominence in Hollywood. His facial features, which resemble actor James Franco, helped him land some early roles in his career, which he has admitted, but his work has been well received and he has made an effect. Theo is also a singer who is a member of the Shere Khan band from the United Kingdom. The band played a number of gigs and became a fan favorite, but it disbanded in late 2012 as all of the members decided to pursue artistic endeavors on their own. Theo has recently become an important component of the ‘Underworld’ film franchise, which keeps him busy in Hollywood.

Theo James was born on December 16, 1984, in Oxford, England, to Jane and Philip. Jane, his mother, works for the National Health Service, while his father is an accomplished business strategist. He comes from a large family, and Theo has stated that many wonderful things happened to him as a youngster, one of which was growing up in a large family where he was the youngest child and so more pampered. Theo is the youngest of five children in a family with Greek, English, and Scottish ancestry. He has two older brothers and two younger sisters. Theo attended Aylesburry Grammar School as a child and later attended the University of Nottingham to complete his education. He is a philosophy major who spends his free time reading philosophy books, according to him. He had a natural talent for acting and performing as a teenager. He was well-known among his friends as a gifted actor in high school, and he was continuously encouraged to pursue acting as a vocation. He enrolled in the Bristol Old Vic Theatre School, where some of the biggest names in the English theatre scene refined his acting skills, and Theo emerged from the school as a reasonably competent actor ready to take on Hollywood.
Before starting his acting career, Theo worked for the National Health Service, where he was in charge of looking after dead bodies and cleaning up the bodily fluids left behind by the deceased.

After multiple tryouts, Theo was cast in the 2010 television series ‘A Passionate Woman,’ in which he played the lead opposite Billie Piper. The show provided him with all of the necessary exposure, and he began receiving offers after offers, eventually settling on a one-episode guest role in the first season of ‘Downton Abbey.’ It was a big show, and Theo got to portray a Turkish diplomat, which went down well with the audience.
His first film, ‘You Will Meet a Tall Dark Stranger,’ was released in 2010, and the following year, he starred as James, a nightclub rep in ‘The Inbetweeners Movie.’ However, none of these films added as much to his celebrity as his television appearances. In 2011, he appeared in the television series ‘Bedlam,’ and in 2012, he portrayed Jack Wales in John Braine’s version of ‘Room at Top.’ However, he was hired on to play a prominent role in the much-hyped and successful ‘Underworld’ series, which was undoubtedly the most important role of his career. James played David opposite Kate Beckinsale in the fourth installment, which was released in 2012.
James had a busy year in 2012, as he co-starred with Olivia Williams and Darren Boyd in ITV’s ‘Case Sensitive.’ He continued to get praise for his roles, and he also starred in two episodes of ‘Room at the Top.’
His largest claim to fame thus far has been in the film adaptation of ‘Divergent,’ in which he played Tobias ‘Four’ Eaton. The 2014 film was a big success, prompting a sequel, titled ‘The Divergent Series: Insurgent,’ to be released the following year. James went on to star in critically acclaimed films including ‘London Fields’ and an indie drama called ‘Franny,’ in which he co-starred with Hollywood superstar Richard Gere.
His next two projects were sequels to the popular ‘Divergent’ saga, with the third picture arriving in theaters in 2016 and the fourth, and probably final, feature arriving in 2017. James has been cast as the lead in the latest installment of the ‘Underworld’ franchise.
Aside from acting, James also had a musical career as a guitarist and lead singer for his band ‘Shere Khan.’ He eventually became too preoccupied with his acting commitments, and the band was unable to keep together for long. The band was highly popular during its brief existence, and they performed a number of shows during its prime.

Theo James began dating Ruth Kearney in 2009, and the two have been spotted together frequently since then. They can be spotted walking the red carpets of film premieres, parties, and other events hand in hand. However, no news of a wedding or engagement has surfaced. He communicates with his admirers via Facebook and Twitter, keeping them up to date on his daily activities. Theo is not a big social media user and prefers to spend his leisure time traveling and listening to music.
Theo adores his family and admires his parents, who had to care for five children and did an excellent job. He keeps in touch with his parents and siblings on a regular basis and returns to his hometown whenever he has the opportunity to spend quality time with them.

Theo James has a net worth of $4 million.

He admits to being a fan of Hollywood legend Marlon Brando and lists ‘Apocalypse Now’ as one of his all-time favorite flicks.
In addition to acting, Theo James has worked as a bartender.