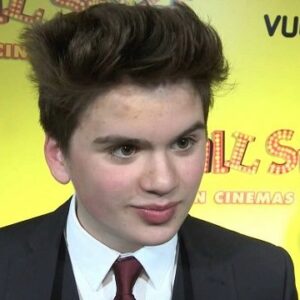 Theodore John Stevenson, better known by his stage name Theo Stevenson, is an English actor best known for portraying Horrid Henry in the movie “Horrid Henry: The Movie.” He is also well-known for appearing in “Streetdance Juniors,” the high school adaptation of the film “Streetdance,” which was eventually renamed “All Stars.” He has also worked on a few more movies, including “Fred Claus” and “In Bruges.” The actor is well-known for his roles as Craig in the sitcom “Millie Inbetween” and as Toby in the science fiction drama “Humans” on television. Stevenson has also performed on stage in well-known productions of “Member of the Wedding” and “The Human Comedy.” The English performer is a sweet and endearing young man who resides with his parents and twin sister. Stevenson is extremely well-liked by his followers on Twitter, where he is active. He currently has a huge following on the social networking site—hundreds of thousands.

Theo Stevenson played Young Nicolaus in the 2007 film “Fred Claus,” which was his first acting gig. He appeared in the dark comedy “In Bruges” the following year. Soon after, he made his film debut in “Reuniting the Rubins” as Jake Rubins. Then, in 2011, he was chosen to star in the movie “Horrid Henry: The Movie” with Anjelica Huston and Tyger Drew-Honey. The actor then made an appearance in a “Little Cracker” episode a year later.

Stevenson’s next role was in the 2013 production of “Streetdance Juniors,” a high school adaptation of the film, which was eventually renamed “All Stars.” He appeared in this film with Ashley Jensen, Akai Osei, Kimberley Walsh, Amelia Clarkson, and other actors.

The English performer started portraying Craig in the comedy-drama “Millie Inbetween” in 2014. He has been playing the role of Toby in the drama “Humans” since 2015. His theatre performances include “Member of the Wedding,” “The Human Comedy,” and the National Theatre production of “Dido, Queen of Carthage.”

Theodore John Stevenson, known as Theo Stevenson, was born on February 27, 1998, to farmers John and Sarah in Oxfordshire, England. His sister Maddie is a twin. He went to New Hall School and St. John’s School.

In terms of the actor’s romantic life, he is not currently dating anyone. Stevenson appears to be a more career-focused individual who is right now only paying attention to his career. The young man is making a lot of effort to realize his goals and realize his ambitions. Stevenson is currently active on Twitter and can frequently be seen making updates to his handle. The actor adores animals, particularly dogs. In his spare time, he enjoys hanging out with his family, sister, and friends.

Theo Stevenson is one of the wealthiest and most well-liked actors in movies. Theo Stevenson’s net worth is roughly $1.5 million, according to our analysis of data from sources including Wikipedia, Forbes, and Business Insider.