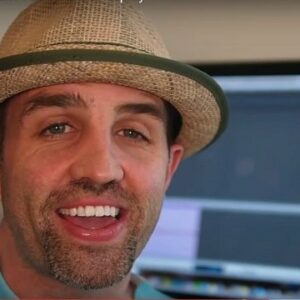 Thinknoodles, a.k.a. Justin Andrew Watkins, is an American YouTuber and gamer known for playing Minecraft, Club Penguin, Sims 4, Clash of Clans, Poptropica, and Webkinz. His father encouraged him to learn how to use computers at a young age, and he went on to become a popular internet personality, first through his blog and then through his YouTube channel ‘Thinknoodles.’ He began with Webkinz adoptions, Club Penguin hacks, and Poptropica Walkthroughs before moving on to a variety of other games. In just a few years, his main channel had surpassed 2.2 million subscribers. He used to have a second channel called ‘ThinknoodlesToo,’ which he started in June 2013, however it is now defunct. ‘Thinks Wife’ is the name of his wife’s YouTube channel. He’s buddies with a lot of other YouTube gamers, and he’s worked on a lot of videos with ‘TheDiamondMinecart,’ ‘Vikkstar123,’ and ‘Graser10,’ among others.

Justin’s father, who was convinced that computers will alter the future, bought every new computer model practically as soon as it became available, beginning with an Atari personal computer in 1981. He shared his father’s fascination with computers as he grew up with computers.

He started working for CISCO Systems in Santa Clara after graduating from college in June 2000. He went on to earn his master’s degree in business administration and began selling items on eBay.

During this time, he stumbled across ‘Webkinz’ toy stuffed animals and decided to start a Webkinz blog to see whether anyone would visit, but was blown away by the favorable response.

He had a number of Insiders with their own channels at first, but later consolidated them into one channel called ‘Insiders Network.’

He joined YouTube in December 2011 to supplement his blog, but his voice became so well-known among his supporters that YouTube videos of him talking quickly became the focus.

The name of his channel was later changed to Thinknoodles, which was inspired by the tagline of his favorite restaurant, “Think Noodles.”

Since he was a toddler, Justin Watkins has been allergic to a variety of items and has been diagnosed with chronic severe asthma. Three times a day, he had to use inhalers, daily pills, and a nebulizer.

He grew shy and reclusive as a result of his health problems, regularly making excuses to go to the restroom to use his inhaler without anyone knowing.

His family went to Indonesia while he was in fifth grade because of his father’s employment. While he was excited to travel to a new nation, he struggled to make new friends there. He did, however, make three close pals, although they were soon drawn to sports.

While his health problems were improved, his growth had slowed as a result of the medications, making it impossible for him to participate in sports. When he was in the tenth grade, his father was moved back to the United States, and the family relocated to Northern California.

During his senior year, he suffered his final asthma attack, for which he was transported to the hospital just after completing the SAT exam. Despite this, he fared well on the exam and began college with a new slate, leaving his health difficulties behind.

Justin Andrew Watkins was born in Texas on May 30, 1977. His parents had a daughter when he was two years old. When they were younger, he adored his sister, but the two drifted apart during their high school years.

They grew quite close again after she transferred to the same university as him. The family purchased their first dog, Missy, around the time his sister was born, but it ran away a few years later. He and his sister discovered years later that their parents had given the dog away to another family.

He married Rachelle, a relative of one of his buddies whom he met during his sophomore year of college. Despite the fact that he lived in California and she in New York, they began dating soon after.

She went to college in Boston after that. He used to fly regularly to see his girlfriend at this time, and on September 10, 2001, he was on the last American Airlines aircraft from Boston to California, just missing the doomed flights the next day. He made the decision to move to Boston with her right away.

After she finished her studies and enrolled in a medical school in New York, they returned to the city. They adopted a golden retriever puppy named Kopi, who features on his YouTube channel frequently.

After she graduated from medical school, they married on a beach.

Justin Watkins’ gaming YouTube channel, Thinknoodles, is run by him. His net worth is believed to be $8 million.