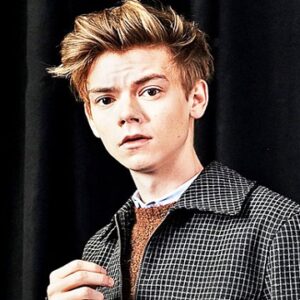 Thomas Brodie-Sangster is a British actor who rose to prominence at a young age after starring in the star-studded romantic comedy ‘Love Actually.’ After seeing his parents in a play on Edgar Allan Poe’s life in Prague when he was ten, he was inspired to become an actor by them. He never attended acting courses and received his acting abilities from his parents. Even in his late twenties, he retains a lot of his youthful allure. Surprisingly, he is frequently cast in roles that require a young but wise representation. He was cast in ‘Game of Thrones’ as 12-year-old Jojen Reed, a mystic seer who guides one of the main characters, Bran, to his destiny, while he was in his early twenties. Similarly, in BBC2’s ‘Wolf Hall,’ Sangster, 25, plays Rafe Sadler, a 15-year-old who is wise enough to offer advice when needed. He has been in a number of well-received films and television programs, and has collaborated with a slew of Hollywood heavyweights. In 2017, he will appear in the upcoming Netflix drama series ‘Godless.’

Thomas Brodie-Sangster was born in London, England, on May 16, 1990. Mark Sangster and Tasha Bertram, his parents, are also theatre actors. Ava, his younger sister, is his only sibling.
He learned to play bass and guitar from his father, who is also a musician. For his role in ‘Love Actually,’ his father also trained him to play the drums.

At the age of 11, Thomas Brodie-Sangster won his first acting job in the BBC television film ‘Station Jim’ in 2001. Following that, she landed lead roles in TV movies like ‘The Miracle of the Cards’ and ‘Bobbie’s Girl.’
He made six appearances in the television mini-series ‘Stig of the Dump’ in 2002. He played a young Hitler in the two-part telefilm ‘Hitler: The Rise of Evil’ the following year.

His first notable part was in the 2003 film ‘Love Actually,’ in which he co-starred with Liam Neeson and Hugh Grant. His portrayal of an orphan youngster wowed the audience right away.
In 2004, he was cast in the mini-series “Feather Boy” as Robert Nobel. He made an appearance in six episodes of the show.

In 2005, Sangster, who had previously worked with Emma Thompson on the film ‘Love Actually,’ was cast as the lead in her financially successful comedy ‘Nanny McPhee.’ Aside from Thompson, this was his second collaboration with Colin Firth and Adam Godley.

In the 2006 film ‘Tristan and Isolde,’ he played young Tristan, a younger version of James Franco’s character. In the film, he may be seen taking part in a sword-fighting scenario.
In the action adventure film ‘The Last Legion,’ he enchanted the audience with his spellbinding performance as the youthful emperor Romulus Augustus, the last Roman Emperor. He co-stars in the film with Colin Firth and Sir Ben Kingsley.

In 2007, he played Timothy “Tim” Latimer, a schoolboy, in two episodes of the British science fiction programme “Doctor Who.” He has appeared in two Big Finish ‘Doctor Who’ audio dramas as a guest voice actor.
He was a cast member of the Disney Channel animated sitcom ‘Phineas and Ferb,’ which premiered on August 17, 2007. He played Ferb Fletcher in the series, which lasted four seasons and featured 222 episodes.

Sangster appeared in a couple of biographical films in 2009. In ‘Bright Star,’ a love story based on John Keats and his beloved Fanny Brawne, he made an appearance. In ‘Nowhere Boy,’ a biopic on John Lennon’s teenage years, he played Paul McCartney. Despite his ability to play the guitar, he had to learn to do it with his left hand in order to imitate the left-handed musician.

In 2011, he starred in the Irish film ‘Death of a Superhero,’ which was based on the novel of the same name. In the same year, he appeared in the film ‘Hideaways’ as Liam.
He was cast as Jojen Reed in the award-winning television series “Game of Thrones” in 2012. In the 2013-14 season three and four, he played the character in ten episodes.

In 2014, he was cast as Newt in the dystopian science fiction picture ‘The Maze Runner.’ The following year, he appeared in the sequel ‘Maze Runner: The Scorch Trials.’ In 2018, he will also appear in the third and last edition of the series.

In 2015, he was cast as a voice actor in ‘Thunderbirds Are Go,’ an animated science fiction series. In the series, he plays John Tracy, and the show is presently in its second season.

‘Love Actually’ is regarded as one of Thomas Brodie-major Sangster’s works, and the public still remembers him affectionately for it. For his role in the film, he was nominated for a ‘Golden Satellite Award’ and a ‘Young Artist Award.’

Newt in the ‘The Maze Runner’ series is another character for which he has won recognition. For the performance, he was nominated for a ‘Choice Movie: Breakout Star’ award in 2015.

For his role in the miniseries ‘Entrusted,’ he earned the ‘Golden Nymph’ award at the 43rd Annual Monte Carlo Television Festival in 2003.
For his on-screen chemistry with co-star Dylan O’Brien in ‘Maze Runner: The Scorch Trials,’ he got a Teen Choice Award in 2016.

Thomas Brodie-Sangster started dating Patience Harding in 2008, however the couple split up the following year. Isabella Melling, a former child actress, is his current girlfriend. They began dating in December of 2012.
He began to earn more money than his parents after only a few years in the industry. He purchased two properties, one in Vauxhall and the other in Camberwell.

In 2006, he and his mother, Tasha Bertram, established Brodie Films as an independent firm to assist fresh British talent in the film industry. The company, however, was shut down in May of 2013.
In 2010, he joined the band ‘Winnet,’ where he plays bass. His mother provides the vocals, and his family members are also in the band.

Because Thomas Brodie-Sangster had a moderate type of dyslexia, Trivia School was challenging for him. Long paragraphs were difficult for him to read. He used acting in movies to get away from school. His mother assisted him in memorizing his dialogues by reading them to him.

He was once denied drinks in a bar at the age of 24 because he appeared to be underage. To persuade them that he was born in 1990, he showed them his IMDB page. Despite the fact that they recognized him and requested signatures, they refused to provide him drink.

Thomas Brodie-Sangster has a net worth of $3 million and is an English actor. He is possibly best recognized for his roles as Jojen Reed on Game of Thrones and in the 2003 film Love Actually. His performance in the Netflix series The Queen’s Gambit gained him great recognition in 2020.