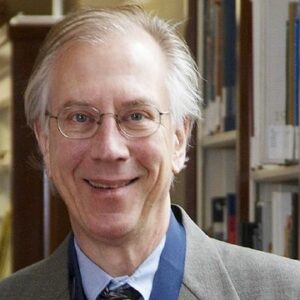 Thomas Robert Cech is an American chemist. In 1989, he shared the “Nobel Prize in Chemistry” with American molecular biologist Sidney Altman for his groundbreaking discovery of how ribonucleic acid (RNA), a polymeric molecule, works as a hereditary molecule and as a catalyst. He found that one of the nucleic acids, RNA, has the ability to cut fine threads of RNA. This showed that it is possible that life began as RNA. His research also looked at telomeres, which are areas of repeated nucleotide sequences at the ends of each chromosome that keep the ends of the chromosome from breaking down and from joining with other chromosomes. In his lab, a part of the enzyme telomerase called Telomerase Reverse Transcriptase (TERT) called Telomerase Reverse Transcriptase (TERT) was found. TERT is a catalytic subunit of telomerase, which is part of the process that restores telomeres after cell division shortens them. He won a number of awards and was recognized for his work in science. These included the “Louisa Gross Horwitz Prize” from Columbia University and the “Heineken Prize” from the “Royal Netherlands Academy of Sciences” in 1988; the “National Medal of Science” from the President of the United States in 1995; and the “Othmer Gold Medal” in 2007 from the “Chemical Heritage Foundation,” the “American Chemical Society,” the “Société de Chimie Industrielle” (American section), “The Chemists’ Club,” and the “American Institute of Chemist (AIChE).

On December 8, 1947, he was born in Chicago to a Czech-born doctor father and a Czech-born housewife mother. He and his two siblings, Richard and Barbara, grew up in Iowa City, Iowa.

Even though his father was a doctor, he also loved physics, so there was always a scientific point of view in most of their conversations. This probably made Cech interested in science from a young age. By the fourth grade, he had started collecting minerals and rocks, which made him wonder how they were made.

His interest grew over time, and by the time he was in junior high school, he would go to the University of Iowa and ask Geology professors to show him models of crystal structures and talk about fossils, meteorites, and crystal structures.

In 1966, he went to Grinnell College, a private liberal arts college in Grinnell, Iowa. There, he studied Homer’s “Odyssey,” which is one of the two main ancient Greek epic poems; Dante Alighieri’s “Inferno,” which is the first part of his “Divine Comedy” epic poem from the 1400s; and Chemistry and Constitutional History.

He finished college in 1970 and got a B.A.
After that, he went to Berkeley, California, to study for his doctorate at the University of California. John Hearst was his thesis advisor and helped him get his Ph.D. in 1975.

In the same year, he began his postdoctoral research at the Massachusetts Institute of Technology (MIT) in Cambridge, Massachusetts. There, he had the chance to work in the Department of Biology in the lab of the famous American geneticist Mary Lou Pardue.

In 1978, he became a professor at the “University of Colorado Boulder,” which is also called “UCB,” “CU, Boulder,” and “CU-Boulder.” He taught chemistry and biochemistry to first-year students. He has been a Distinguished Professor in the university’s Department of Chemistry and Biochemistry since 1990.

Cech’s main area of research has been the process of transcription, the first step in how genes are expressed. This happens in the nucleus of cells, where the enzyme RNA polymerase copies a specific segment of DNA, a molecule that carries most of the genetic instructions, into RNA (mRNA).

In the 1970s, he looked at how Tetrahymena thermophila, a single-celled pond organism, spliced its RNA. He found that an unprocessed RNA molecule can splice itself.

In 1982, he and his research team were the first to say that an RNA molecule from Tetrahymena thermophila can cut and re-join chemical bonds even when there are no proteins around. So, they were the first to show that RNA can do more than just carry genetic information. It can also act as a catalyst and take part in cell reactions.

Cech’s discovery of RNA that can cut itself changed the idea that proteins are only used as catalysts in biological reactions.

In 1987, the “National Academy of Sciences” of the United States made him a member because of his important and ongoing original research. The “American Cancer Society” also gave him a professorship for life. In the same year, Grinnell College also gave him an honorary D.Sc. degree.

In 1988, he became a member of the prestigious “American Academy of Arts and Sciences.”
In 1991, he was given an honorary D.Sc. by the University of Chicago.

In 2000, he took over as President of the Howard Hughes Medical Institute (HHMI) in Chevy Chase, Maryland. HHMI is a non-profit medical research organization in the US. He and HHMI were very supportive of UVM. They helped financially by giving millions of dollars to UVM researchers.

They also helped set up the College of Medicine program and the HELiX program for teaching science to undergraduates. But on April 1, 2008, he said he was stepping down as President and going back to research and teaching in the spring of 2009.

He set up the “Colorado Initiative in Molecular Biotechnology” (CIMB), a biochemistry lab at the “University of Colorado,” and is still in charge of it. The CIBM encourages medical researchers, chemists, molecular and cellular biologists, physicists, mathematicians, computer scientists, and engineers to work together to make discoveries that lead to new diagnostics and treatments.

He is a part of the “University of Colorado Cancer Center.” As a member of the university’s faculty, he also teaches chemistry to students in their first year.

In his lab at the University of Colorado Boulder, he still works on research about telomerase and the structure of ribozyme. He has been the Director of the “BioFrontiers Institute” since 2009 and an Investigator at the “Howard Hughes Medical Institute” since the same year.

His groundbreaking discovery of catalytic RNA changed the way biosciences were thought to work. Researchers who thought that the RNA in living cells didn’t do anything were surprised to learn that RNA can act as an enzyme and act as a catalyst.

These discoveries have given us a new tool for working with genes and have also caused chemistry and biology textbooks to be changed. RNA enzymes can also be used to make new drugs that can be used to treat diseases.
Scientists are getting a better idea of how HIV acts now that they know about telomerase reverse transcriptase (TERT).

In 1970, he got married to Carol Lynn Martinson, who had been his lab partner in organic chemistry when he was in college. After that, they both went to “The University of California” to get their PhDs, which they both got in 1975.
They have two daughters, Allison, who was born in 1982, and Jennifer, who was born in 1986.

Thomas is one of the wealthiest chemists and is on the list of the most well-known chemists. Based on what we’ve found on Wikipedia, Forbes, and Business Insider, Thomas Cech has a net worth of about $8 million.