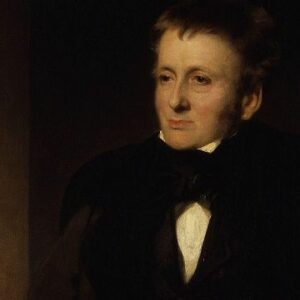 Thomas De Quincey was an English essayist and critic. His work “Confessions of an English Opium-Eater” is the one that most people know him for. Quincey was born into a wealthy family. He started writing after he ran away for a short time and then returned to his family. He read a lot of William Wordsworth and Samuel Taylor Coleridge when he was a teenager, and their writings had an effect on him. It’s interesting that Quincey’s writing career began as a way to make money. He began by writing articles for different magazines and newspapers. His first big success came quickly with the book “Confessions of an English Opium-Eater.” The book was partly about him and told in detail how his opium addiction changed his life. After he was successful, he wrote a lot of different kinds of books, from history to fiction to literary criticism to biographies and so on. His work stood out because of the creative way he put together ideas from other people with his own thoughts. Edgar Allan Poe and Charles Baudelaire were both influenced by De Quincey’s writing.

Thomas de Quincey was born on August 15, 1785, to Thomas Quincey and Elizabeth Penson in Manchester, England. His father, who was a successful businessman, died when he was a young boy.

Young Quincey went to the King’s Edward School for a while before being sent against his will to Wingfield, Wiltshire. He went to Manchester Grammar School because he was very smart and wanted to get a scholarship to Oxford. During this time, he read the Lyrical Ballads for the first time, which were written by Wordsworth and Coleridge.

He ran away from school because he was tired of the same old thing. He wandered around Wales until he ran out of money. After that, he went to London. Instead of going back to his family, he starved to death. This time of lack had a huge effect on his later writings.

When he got back home in 1803, he went to Worcester College, Oxford. The next year, he tried opium for the first time in the form of laudanum, which is a liquid tincture. Even though he finished his classes, he didn’t take the oral exam. Because of this, he had to leave the university without a degree.

When he was done with college, he became good friends with Coleridge and Wordsworth. In 1809, he moved to Wordsworth’s old house, Dove Cottage, in Grasmere.

By the end of the 1810s, Quincey’s finances had gotten worse. He had a big family to take care of, and his opium use had gotten a lot worse. He became a writer because he had to in order to make money.
In 1818, he became the editor of “The Westmorland Gazette,” a Tory newspaper. But he quit in 1819 because he didn’t agree with everyone and couldn’t meet deadlines.

He started writing articles for newspapers and magazines on a wide range of topics, from literary criticism to translations of German poetry and drama to spreading the ideas of British economist David Ricardo.

In 1821, an article he wrote about his time as an opium user was published in London Magazine. This was the first time he was known for his writing. Since people liked his article so much, it was turned into a book in 1822 and called “Confessions of an English Opium-Eater.”

“Confessions of an English Opium-Eater” was a one-of-a-kind book because it showed both the good and bad sides of using opium. The book, which is written in a semi-autobiographical style, describes the extreme euphoria that opium users feel while high, but it also warns them about the depression that comes soon after.

After “Confessions of an English Opium-Eater” did well, Quincey quickly became well-known in the literary world. He started writing a lot for magazines and the best English newspapers and magazines.

“On the Knocking at the Gate of Macbeth,” an essay he wrote in 1823, was his first work as a literary critic. The work was written very well and gave a detailed analysis of Shakespearean criticism from a psychological point of view.
In 1825, he translated “Walladmor,” a fake book written in German by Sir Walter Scott, a Scottish poet, and writer of historical fiction.

In 1832, he wrote a book called “Klosterheim” which was a work of fiction. He then wrote “Revolt of the Tartars” and “The Avenger,” which came after this. “The Household Wreck” is the name of a book of short stories that he wrote.

Besides writing novels and short stories, he also wrote biographies of writers, poets, and politicians he knew. A lot of his works were published in Blackwood’s Edinburgh Magazine and in Tait’s Magazine, which was its rival.
He wrote a book called “Lake Reminiscence,” which was a collection of memories of famous Lake Poets like Wordsworth, Coleridge, and Southey. It was one of his most important works.

In the 1840s, his fame as one of Britain’s most prolific writers grew by leaps and bounds. The Boston-based publishing company Ticknor and Fields gave him money for his collected works that were sold in the United States. In a short time, his books were read by a lot of people all over the US.

In 1850, he started writing regularly for an Edinburgh magazine called Hogg’s Weekly Instructor. In 1856, “Selections Grave and Gay from Writings Published and Unpublished by Thomas De Quincey” came out with the second edition of “Confessions.” The first volume came out in 1853, and the last one came out in 1860.

During the last part of his life, he kept writing new articles and rewrote and put together new collections of his earlier works.
“Confessions of an English Opium Eater,” which came out in 1822, was De Quincey’s best work.

The title says a lot about what the book is about: Quincey’s opium addiction and how it affected him. The book is partly about the author’s own life, and it gives a broad look at the effects of opium, including the pleasure and pain, euphoria, and nightmares that came from using the drug over and over again.

“Confessions of an English Opium Eater,” which came out in 1822, was De Quincey’s best work. The title says a lot about what the book is about: Quincey’s opium addiction and how it affected him.

The book is partly about the author’s own life, and it gives a broad look at the effects of opium, including the pleasure and pain, euphoria, and nightmares that came from using the drug over and over again.

In 1816, De Quincey and Margaret Simpson got married. The couple was lucky enough to have eight kids, but only four of them made it. She died in the year 1837.

In 1804 he used opium to ease the pain of neuralgia. This was the start of his long relationship with opium. By 1813, he was taking the drug every day. Between 1813 and 1819, he used opium in large amounts. What started out as a way to stay healthy turned into a source of pleasure and then a hard-to-break habit.

Some people say that opium had a huge impact on De Quincey’s writing career, but this is debatable. When he didn’t use opium much, he didn’t write much, but when he did, he wrote a lot.

De Quincey died in Edinburgh on December 8, 1859. He was buried at the west end of Princes Street in the churchyard of St. Cuthbert.