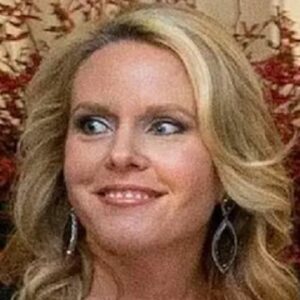 Tiffany Stewart is an American actress and philanthropist who is married to Mark Cuban, a wealthy businessman, investor, author, television personality, and philanthropist. She worked as a saleswoman at an advertising agency for a long time before marrying Cuban, and she continued to work after their marriage. Because her spouse is one of the key “shark” investors on the ABC reality television series “Shark Tank,” she is often referred to as a Shark Wife or Shark Tank Spouse. She differs from other shark wives, though, in that she is “low maintenance” and stays away from the luxury celebrity lifestyle of the wealthy. She is active with the Hoops ‘n Hopes organization as a charity and has provided baby hats to Parkland Hospital through it. She is also a member of the Mavs Foundation’s board of directors, where she is in charge of selecting award applicants each year.

Tiffany Stewart was working as a saleswoman at an advertising agency when she met her future husband Mark Cuban. She went to work in her Honda and had a normal life. She was introduced to an entirely another lifestyle once they fell in love. During their five-year relationship, she drew a lot of media attention, with tabloids becoming increasingly curious about their relationship status. The fact that they steered clear of queries concerning marriage piqued the media’s interest even more. Following their marriage, she began following him on his various media appearances, which kept her in the spotlight all of the time, even though she did not love it. She is said to have continued working as an advertising executive following her marriage. Since they’ve been together, she’s been in charge of her husband’s multiple affairs.

Tiffany Stewart is well-known for her friendly demeanor and “next-door neighbor” character. She is frequently credited for keeping her husband in check. Because of her average lifestyle and lack of interest in celebrity culture, she has managed to avoid the paparazzi’s attention. She also makes a concerted effort to keep her children away from the media. In fact, while she attends Mavs games with her husband, her children normally sit at a distance with their maternal grandparents, away from the spotlight. She also places a strong emphasis on teaching her children to behave in a positive manner. She even encourages kids to be philanthropists like their parents by involving them in picking through donated stuff such as clothes, toys, and car seats.

Tiffany Stewart was born on January 1, 1970, into a middle-class family in the United States. She grew up with a sister with whom she frequently quarreled, and their mother would make them go outside and run around the house three times before returning, smiling and forgetting they were fighting. Tiffany went on to use this method with her own children.

In 1997, she met Mark Cuban, a billionaire businessman, at a gym in Dallas, Texas. Despite the fact that they lived together, he avoided questions from the public about their marriage during their five-year relationship. In September 2002, they married in a tiny private ceremony on the beach in Barbados, with only around 20 people in attendance, including family and close friends. The ceremony was traditional and lovely, according to event coordinator Russell Holloway. The couple and their family live in a 24,000-square-foot estate in Dallas’ Preston Hollow neighborhood.

Tiffany, who grew up in a middle-class household, struggled at first to adjust to the upscale culture, which she was completely uninterested in. She considered the enormous mansion to be ‘impractical,’ and she would not have purchased it. She desired a simple life with her husband and children, which she has been able to achieve. Despite their 14-year age difference, they have been blissfully married for the past 15 years. Alexis Sofia (born 2003) and Alyssa (born 2006) are their daughters, while Jake is their son (born 2010).

She is a hands-on parent who is actively involved in her children’s upbringing. While they have nannies, she is the one who looks after them unless she is out with her husband at a Mavs game or working out. Her and her husband are continuously on the lookout for strategies to keep their children from being spoilt. Her spouse, who considers himself a “geeky dad,” controls their usage of technology in a “sneaky” manner that frequently frustrates the kids.

She hasn’t revealed any information about her net worth as of yet. Also hidden are the specifics of her remuneration. She currently resides in a 24,000-square-foot estate in Dallas’ Preston Hollow neighborhood.

Her husband has a net worth of $4.2 billion. According to Forbes, he was ranked 179 on the 2019 Forbes list. His net worth is derived from his work as a business owner, media mogul, and investor.

In addition, he is one of the investors in ABC’s reality show Shark Tank. He is also the owner of the Dallas Mavericks, an NBA team. He bought a majority stake in the company for $285 million in 2000.