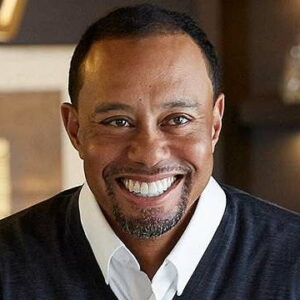 Tiger Woods’ name is practically associated with golf, and why shouldn’t it be? After all, he is the world’s current No. 1 golfer and one of the most accomplished golfers of all time. He also holds the record for the most money won on the PGA Tour. He was a kid prodigy who began playing golf when he was just two years old! When he was 15 years old, he won the Junior World Golf Championships six times and became the youngest ever U.S. Junior Amateur champion. He turned professional at the age of 21 and won his first major tournament in a record-breaking performance the following year. He quickly dominated international golf and rose to the top of the world rankings. He has won 14 professional major golf championships and set various golf records during his career. He is one of the few players in history to complete the career Grand Slam in golf, and he is the youngest to do so. During the 2000s, he rose to the pinnacles of celebrity when reports of his various affairs began to circulate. His misdeeds resulted in a drop in his standing and the disintegration of his family. The brave player, on the other hand, quickly bounced back to reclaim his place as World No. 1.

Earl Woods and Kultida gave him the name Eldrick Tont Woods, and he was given the nickname Tiger after a friend of his father’s. Through his father’s previous marriage, he has three half-siblings. He comes from a mixed ancestry family. His father served in the Vietnam War.
His father, who was an amateur golfer himself, introduced him to the game when he was just two years old. He was an outstanding golfer who won the Junior World Golf Championships six times.
He attended Western High School, where he received his diploma in 1994. When he was 15 years old, he won the US Junior Amateur Championship. He would go on to win the title three times.
In 1994, he attended at Stanford University on a golf scholarship. After two years, he left to pursue golf as a career.

He was instantly given partnerships with Nike, Inc., and Titleist after becoming a professional golfer in 1996, owing to his undergraduate success.
In 1997, he won his first major tournament, the Masters. In the Official World Golf Rankings, he was rated No. 1. In 1999, he won the PGA Championship.
He had a fantastic start to the new millennium, winning six races in a row in 2000. The US Open was one of his victories this year, as he broke or tied nine records.
During that season, he won multiple golf trophies, including the 2001 Masters Tournament, becoming him the first player to win all four major professional titles at the same time.
He did not fare well in the following two seasons. In 2005, though, he regained his form and won six legitimate PGA Tour money tournaments. He has 54 victories at the end of the 2006 season.
Throughout the next few years, he maintained his excellent form. However, in late 2008, he was forced to take a break due to knee surgery.
In 2009, he was warmly welcomed back to the game. He did not disappoint his fans and delivered an outstanding performance to win the 2009 Presidents Cup.
In late 2009, he was embroiled in a series of scandals and issues regarding his personal life, which impacted his performance in 2010. His sponsors canceled their contracts, and he dropped in the standings. He was unable to win a single event for the first time in his career.
In 2011, he continued to have a bad year. By March, he had dropped to No. 7. His personal, career, and health problems persisted throughout the year, and he dropped to No. 58. He had a better start to the 2012 season, winning two tournaments. He went on to win the Memorial Tournament and the Arnold Palmer Invitational.
By 2013, he had reverted to his former self. In January, he won the Farmers Insurance Open, and in March, he won the WGC-Cadillac Championship. With a victory in the Arnold Palmer Invitational, he was re-established as the World No. 1 golfer.

He was dubbed the “greatest closer in history” after winning 79 official PGA Tour events. He was one of the few players in history to win all four professional major championships at such a young age. He’s also the only player to complete the Career Grand Slam three times in a row.

In 2007, he was inducted into Sacramento’s California Museum for History, Women, and the Arts.
In December 2009, the Associated Press named him “Athlete of the Decade.”

In 2004, he married Elin Nordegren, a former Swedish model. They were the parents of two children.
Reports of his extramarital encounters with several women began to surface in 2009. Even though he initially denied it, he finally admitted to his wrongdoings. In 2010, the couple divorced as a result of this.

This well-known golfer is of African, Native American, Chinese, Thai, and Dutch descent.