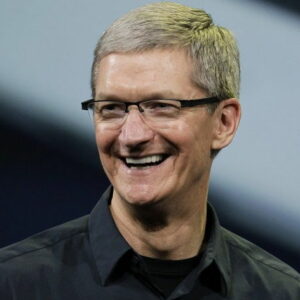 Tim Cook is an American business entrepreneur who took over as CEO of ‘Apple Inc.’ in 2011 when Steve Jobs retired. He had acted as acting CEO during Jobs’ long medical absence in the months leading up to the former ‘Apple’ CEO’s death, even before officially inheriting the title of CEO. Tim Cook has been an integral part of Apple’s success since joining the business as a senior vice president (SVP) of Worldwide Operations in 1998. In truth, when Cook accepted the job, ‘Apple’ was in the midst of a difficult period, and his contribution to the company’s rebirth has been enormous. Cook is a self-made man who was born into a middle-class family in a small town. He was a good student in school and went on to study industrial engineering at Alabama’s ‘Auburn University’ before earning his MBA at Duke University’s ‘Fuqua School of Business.’ He started working for IBM in the field of computer technology. Cook moved through the ranks of the corporation because he was brilliant, innovative, and had a steely determination. After that, he went to work at ‘Compaq.’ However, his time at ‘Compaq’ was cut short when he departed to join the ailing ‘Apple.’ Within a few years of coming, he transformed the company’s fortunes.

Tim Cook was born Timothy Donald Cook in the rural Alabama hamlet of Robertsdale on November 1, 1960. His father Donald worked in a shipyard, while his mother Geraldine was a pharmacist. He is the eldest of two brothers. He graduated from ‘Robertsdale High School,’ and then went on to ‘Auburn University,’ where he got a B.S. in industrial engineering in 1982.

Shortly after graduating, Tim Cook secured a job with IBM (International Business Machines Corporation). He had always wanted to work in computer technology, and this position was a dream come true for the recent graduate. He continued his study throughout his career, getting a master of business administration (MBA) from Duke University’s “Fuqua School of Business” in 1988. He was a brilliant student, earning the title of ‘Fuqua Scholar,’ a distinction bestowed to those who graduate with honors. At IBM, he steadily advanced through the ranks. By 1994, he had advanced to the position of North American Fulfillment Director, overseeing IBM’s ‘Personal Computer Company’ production and delivery operations in both North and Latin America.

Cook joined ‘Intelligent Electronics’ as the chief operating officer (Reseller Division) in 1994 after a 12-year stint at IBM. He stayed there for three years before accepting a position as vice president of corporate materials at Compaq Computer Corporation. Steve Jobs, the CEO of Apple, phoned him for an interview just a few months after he joined ‘Compaq.’ During the late 1990s, ‘Apple’ was suffering, and Cook’s friends and well-wishers cautioned him against accepting an offer from the company. Cook, on the other hand, was blown away by Steve Jobs’ vision for the company and opted to join ‘Apple.’ Cook became a senior vice president (SVP) of Worldwide Operations at ‘Apple’ in March 1998. Many people chastised him for joining Apple at a time when the company’s future appeared bleak. Cook, on the other hand, had a gut feeling that he had made the proper choice. He was given the task of overseeing global sales and operations, as well as service and support. He was also in charge of the company’s Macintosh business and was crucial in building supplier engagement strategies. After suffering severe losses the previous year, ‘Apple’ began reporting profits within a year of his arrival.

Cook was particularly interested in optimizing the company’s supply chain and operations. He shut down the company’s factories and warehouses, appointing contract manufacturers to take their place. He implemented cost-cutting measures. This decision, combined with Apple’s marketing creativity, helped the firm turn around. Apple introduced new products, including the iMac, iPod, and iPhone. By this time, the company had re-established its corporate image and was able to charge premium prices for its products while keeping production costs low.

In January 2007, Cook was promoted to the role of chief operating officer (COO). Meanwhile, Steve Jobs, Apple’s CEO, was diagnosed with cancer in 2003 and took a medical leave of absence in 2009. Cook functioned as interim CEO throughout this time. Jobs’ health deteriorated during the next few months, forcing him to take several leave of absences. In Jobs’ absence, Cook was in charge of the majority of Apple’s day-to-day operations. Jobs quit as CEO in August 2011 because he couldn’t handle the pressure of being the company’s CEO. On August 24, 2011, Tim Cook was named CEO of ‘Apple Inc.’ ‘Apple’ continues to thrive under Cook’s leadership. Apple announced the $3 billion acquisition of ‘Beats Music’ and ‘Beats Electronics’ in May 2014, making it the company’s largest acquisition to date.

Tim Cook joined ‘Apple Inc.’ amid a difficult period for the company. ‘Apple’ began making money within a year of his joining the company. It grew to become one of the world’s largest information technology corporations in terms of revenue throughout time. Cook, along with previous Apple CEO Steve Jobs, is acknowledged with being instrumental in the company’s rebirth. 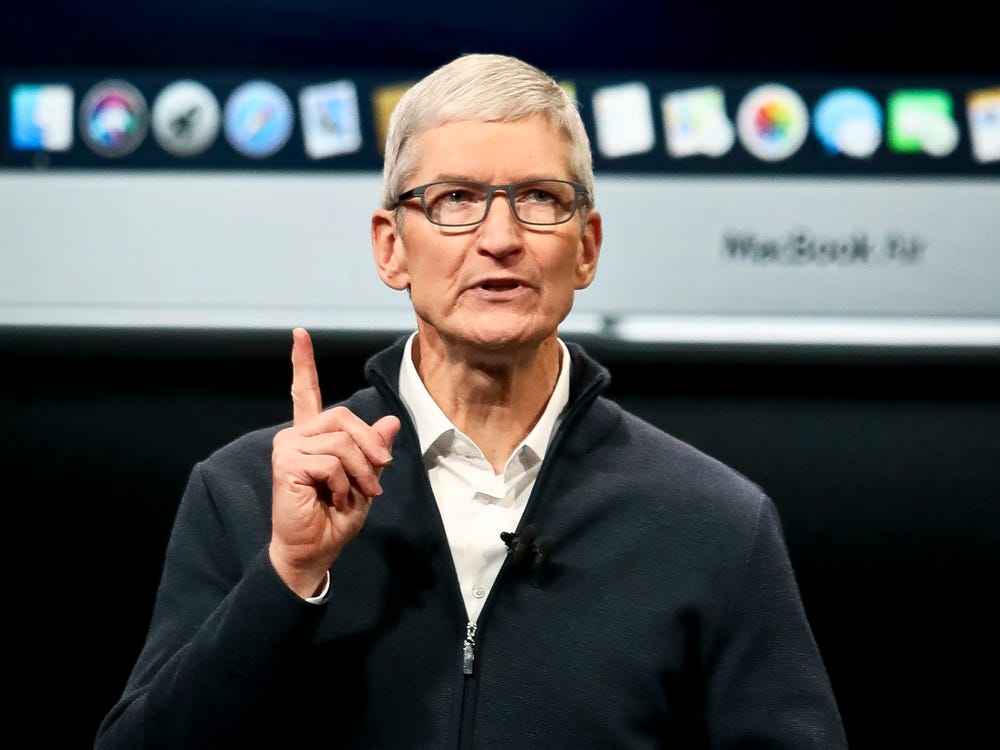 In 2011, he was named one of the ‘World’s Most Powerful People’ by Forbes magazine. Cook was admitted into the ‘Alabama Academy of Honor,’ Alabama’s highest honor bestowed on its residents, in 2015. In 2015, he was awarded an honorary doctorate from ‘George Washington University.’ The ‘University of Glasgow’ awarded him an honorary Doctor of Science degree in 2017.

Tim Cook gave $50 million to ‘Stanford’ hospitals in 2012, with $25 million going to a new children’s hospital. He also donated $50 million to the ‘Product Red’ foundation, which aims to combat diseases like AIDS, tuberculosis, and malaria. He said in March 2015 that he intends to donate his whole fortune to charity. He also claimed that he would pursue philanthropy in a systematic manner.

Tim Cook is a proud gay man. He is a reclusive individual who dislikes giving interviews. He enjoys riding and working out at the gym as a fitness enthusiast.