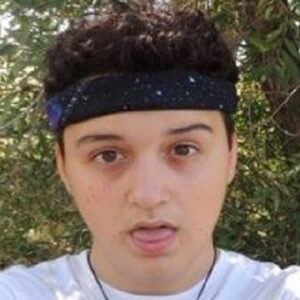 Timmy Connors is a musician, comedian, singer, songwriter, and vlogger. His real-time films and broadcasts on the live streaming and broadcasting website “YouNow” have helped him achieve recognition. His videos have contributed to his YouTube channel, “93 thetimmyconnors,” gaining more than 250k viewers. He maintains a similar level of activity on other social media platforms, such as YouTube and Instagram. Sanctuary, Blue Face Hunnids, and “Me Against the World” are some of his most well-known original tracks. Heavily influenced by his own struggles and personal life, the music. He was also a household name on Vine up to the platform’s demise in January 2017. Connors has been composing and producing music for a while, but he hasn’t yet found success in the mainstream. He hasn’t yet released an album, despite the fact that three of his tracks have already been made available on Spotify, Soundcloud, and YouTube. He has said that he is writing music and hopes to soon be able to release a whole album on his live broadcasts on his YouNow channel.

One of those rising artists with a successful music career is Timmy Connors. His upbringing as an orphan and subsequent adoption have influenced his worldview and musical style. He began his career by performing cover versions of other artist’s songs on YouNow and YouTube.

On his live broadcasts, he displayed his natural voice and musical talent, making it easy to recognize his potential. Additionally, he had live video chats with other YouNow celebrities, like Kylee, Baby Ariel, and others. He grew his YouNow fan base significantly thanks to the videos. The YouNow star also participated in Vine often. Additionally, his humorous Vine videos allowed him to interact with fans and make money to fund his own songs.

Despite having a large following on social media, the musician has only recently begun to release original songs since 2016. His style of music is hip-hop and r&b. On the song “Dedicated,” which was released on June 19, 2016, he worked with EM3. The song became a huge indie success.

On August 31, 2017, Timmy Connors posted the song “Blue Face Hunnids” to YouTube. The song was also made available on Spotify and Soundcloud. It received a lot of positive feedback from its followers, which encouraged him to drop his second song, “Me Against the World,” on October 6, 2017. The song was more popular and demonstrated his distinctive R&B musical approach.

The young singer-songwriter debuted the song “Sanctuary” on October 21, 2017, and since then, it has gained popularity and been actively promoted by fans in mainstream media. Along with Zach “BruhitsZach” Clayton, Nick Bean, Rudan Custodio, and Edwin Burgos, he was a member of the group “5quad.”

On January 20, 1998, Timmy Connors was born in California, America. He was adopted by a family after being left an orphan. Regarding his biological parents, nothing is known. He has battled with the challenges of building his own allegiance and identity in his personal life.

His way of thinking has had a profound impact on his music. This philosophy is reflected in the lyrics of his popular song “Me Against the World,” which goes, “Everyone left my life and now I’m doing fantastic / Everyone left my side n now I’m doing things / U can’t relate.” Mackenzie was the name of the girl he dated, but they broke up.