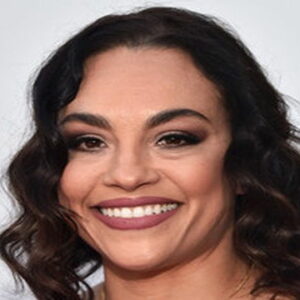 The CEO of the American record company Ruthless Records is Tomica Wright. She is well known as Eric Lynn Wright’s widow, a well-known rapper. She is credited for helping “Ruthless Records” achieve recent success. Despite having little commercial expertise, Tomica was able to establish “Ruthless Records” as a renowned record company. She has also worked for other record companies, including “Motown” and “Tabu Records.” Despite the fact that Tomica has been a prominent and prosperous figure for many years, she has also come under a lot of criticism. Many people attacked her for marrying Eric as he lay dying and then taking over his firm. It was rumored that she only married Eric in order to inherit his business. She was repeatedly referred to be a rude and dishonest woman. Tomica has nonetheless disregarded all of her criticisms and has managed to elegantly ascend the success ladder. She has undoubtedly established herself as a successful businesswoman. In 1996, she was given the title of “Indie Label of the Year.”

Tomica graduated from San Fernando Valley High School. She then began studying for two years at “Santa Monica College” before enrolling at “West Los Angeles College” in Baldwin Hills, California.
She began working at a few prestigious production companies because she had always wanted to be a movie producer. When Clarence Avant, aka “The Godfather of Black Music,” appointed her as the Secretary of “Tabu Records,” her career took an exciting turn.

After a few years of employment with “Tabu Records,” Tomica had acquired the necessary experience to advance in her career as an entrepreneur. Clarence Avant taught her the subtleties of managing a business. She still regards Clarence as her mentor. Clarence had Tomica with him when he made the decision to transfer to “Motown.” She later began working for “Motown,” which enabled her to increase her knowledge.

After the passing of her husband, Eric Lynn Wright, best known by his stage name Eazy-E, Tomica Wright was named the CEO of “Ruthless Records” in 1995. Even though Tomica had previous experience working for well-known record companies, managing “Ruthless Records” was quite challenging for her. She was at first dismissed and referred to as a misfit by several seasoned and devoted members of the “Ruthless Records” staff. Therefore, Tomica’s main obstacle was establishing herself as the company’s deserving CEO.

She began by attempting to keep the in-house artists. She also began seeking out fresh talent. In just two years, Tomica was able to speed up the company’s distribution partnerships because of her astute commercial tactics. Her suggestion to bring in fresh talent gave the record company a fresh perspective, which in turn attracted more listeners.

The business signed numerous well-known musicians under her direction, including Chris Tucker, Big Chan, THE NX, and Big Rocc. In 1997, she also agreed to a contract with “Sony Music,” increasing the company’s corporate leverage. On the tenth anniversary of “Ruthless Records,” Tomica released a compilation CD titled “Decade of Game.” The 1998 album “Decade of Game” featured singles by the bands and musicians “N.W.A,” “Above the Law,” “J.J. Fad,” “The D.O.C,” and “Michel’le,” as well as two unreleased tracks by Eazy-E.

Over a decade was spent by Tomica and Eazy-E together. Twelve days before Eazy-E passed away from AIDS, they were married in 1995. The rapper’s death was the subject of many debates. According to a few accounts, Eazy-E might have been murdered. Tomica’s choice to wed a bedridden patient was perceived as a plot. People said that she only wed Eric in order to acquire his multimillion-dollar business and real estate holdings.

Eazy-E and Tomica had two kids together. The first child the couple had was a son they named Dominick Wright. Daijah, their daughter, was born six months after Eazy-E passed away. Tomica allegedly had a second child before she met Eazy-E, according to certain sources. She received support from several of her coworkers at “Motown” while she was employed there because she was a single mother. This suggests that Tomica is the parent of other children from a previous relationship.

On December 7, 1969, Tomica Wright was born. She received several of her late husband’s assets, including two penthouses in Norwalk and West Hills.

American producer and entrepreneur Tomica Wright, also known as Tomica Woods-Wright, has a $5 million dollar fortune. Rapper Eazy-E and her were married for barely 12 days in 1995 before he passed away from pneumonia brought on by AIDS. Eazy had an estimated $8 million in wealth at the time of his passing, and Tomica and their two kids received the entire sum. Ruthless Records was taken over by Wright, who later rose to the position of producer. Tomica produced the 2015 movie “Straight Outta Compton,” which earned $201.6 million at the box office. She also executive produced the 2000 films “Bone Thugs-N-Harmony: Greatest Video Hits” and “Eazy-E: The Impact of a Legend” and the 2002 film “Eazy-E: The Impact of a Legend.”