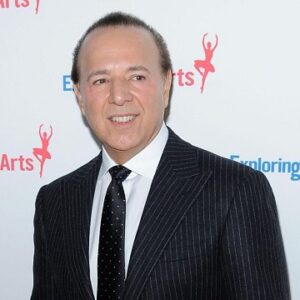 Tommy Mottola is an Italian-American music executive who rose to become one of the most well-known figures in the music industry in the United States. He was born into a traditional Italian family in the Bronx, New York. He was always drawn to the realm of music since he was a child. He pursued his dream and became known in the music industry as the undisputed wand wielder who transformed artists into overnight stars. He has shaped the careers of many musicians with his energy, enthusiasm, larger-than-life persona, and charm. He’s also a visionary and a savvy businessman who isn’t afraid to take chances. He went on to develop Sony Music into one of the world’s largest music labels. He is more than just a music master; he has built a reputation for himself in the entertainment industry in a variety of other disciplines, including fashion, television, and music, during the course of his 30-year career. He is one of the most powerful figures in the music industry and continues to be a name much–talked about.

Thomas Daniel “Tommy” Mottola was born on July 14, 1949, in the Bronx, New York, to Thomas Mottola Senior (customs broker) and Peggy Bonetti, in a traditional Italian family. Because his father worked as a customs broker in New York City, the family moved to the middle-class suburb of New Rochelle when Tommy was still a child.
He had a natural talent for music and used to play the trumpet when he was younger. In his early adolescence, he switched to guitar.

Tommy Mottola’s early music career began with a brief spell as a singer for the R&B group ‘The Exotics,’ and then for ‘Epic,’ under the stage name ‘T.D.’ Valentine’.

While working for music publisher Chappell in the 1970s, he met a couple known as ‘Hall & Oates,’ whom he persuaded to quit their previous management and negotiate a deal with him. Mottola gained a lot of money during their brief success and received 25% of the overall profits.

He established his own management business, ‘Don Tommy Enterprises,’ which ultimately became ‘Champion Entertainment.’ John Mellencamp and Carly Simon were among the firm’s noteworthy clientele.

In 2003, he quit Sony and founded his own entertainment company, which included everything from fashion and theater to music and television. He relaunched the careers of Marc Anthony and Lindsay Lohan, among others, and was crucial in the launches of Cassie Ventura (2006) and Mika (2007). (2007).

Tommy Mottola and Cal Fussman co-wrote the book ‘Hitmaker’ (January 2013). The book details his journey to success, including the highs and lows, as well as what motivated him to pursue a career in the entertainment industry.

In February 2016, he produced the musical adaption of Chazz Palminteri’s ‘A Bronx Tale,’ which premiered at the Paper Mill Playhouse. The program lasted a month and ended in March of 2016.

For live theatre, he has cooperated with Miramax CEO Harvey Weinstein, and his TV production company is actively involved in developing and producing various TV shows. Casablanca Records is currently co-owned by him.

He is best renowned for discovering Mariah Carey, a singing diva whose debut album went on to become the best-selling album of all time, with four No. 1 songs and over eight million copies sold. Celine Dion, Shakira, and Jennifer Lopez are among the divas he has introduced to the music industry.

In 1971, Tommy Mottola married Lisa Clark, daughter of ABC recordings owner Sam Clark. Michael and Sarah were the couple’s two children, and they divorced in 1990.

He married Mariah Carey in a highly publicized high-profile wedding in 1993. (20 years younger). The couple later divorced in 1997, citing age disparities as the reason for their split.

On December 2, 2000, he married Thalia, a Mexican actress and singer. Sabrina Sakae Mottola and Matthew Alejandro Mottola are their two children.

Mottola was reportedly described by Michael Jackson as a “racist who exploited black talent.” The allegation sparked widespread outrage, and some well-known black celebrities came out in support of Mottola.
To marry his first wife, Lisa Clark, he converted to Judaism.

Mariah Carey was discovered by Mottola at a party, when he listened to her demo tape and decided to sign her to his record label.