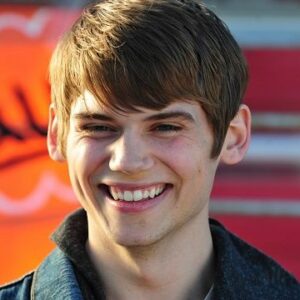 American actor, singer, and songwriter Tony Oller was born Anthony Michael Oller. He is well-known for being Malcolm David Kelley’s partner in the pop combo MKTO. They have so far published an EP and an album with the same name. Oller has also made a number of tracks available as a singer, including, to mention a few, “Thank You,” “God Only Knows,” “American Dream,” “Bad Girls,” “Shadow,” “Here I Go,” “Could You Be the One,” and “Live Without You.” He has acted in “As the Bell Rings” on the Disney Channel as Danny and “Gigantic” on Teen Nick TV as Walt Moore. The Purge, Beneath the Darkness, Field of Vision, Unanswered Prayers, and Relationship Status are just a few of the films, television shows, and web projects Oller has worked on in addition to these. Speaking of his accolades and successes, the American musician twice appeared in Teen’s “50 Hottest Male Stars” list and once made Cosmo Girl’s “Hot 100” list. Oller holds four karate belts and is a member of ASCAP, the American Society of Composers, Authors, and Publishers.

Oller portrayed Daniel “Danny” Neilson on the Disney Channel series “As the Bell Rings” from 2007 to 2009. He was then chosen to play Walt Moore in the 2010 season of “Gigantic.” He also worked on the television movie “Unanswered Prayers” in the same year. Soon after, the actor received parts in the films “Beneath the Darkness” and “Field of Vision” on television. He also appeared in a “CSI: NY” episode at this time. Oller portrayed Henry in the 2013 movie “The Purge.” He appeared in three episodes of “Relationship Status” web series three years later.

Oller and Demi Lovato jointly released the single “Shadow” in 2007 for the album “As the Bell Rings.” He recorded “Could You Be the One,” “Here I Go,” and “All You Gotta Do” the following year. Soon after, he released the non-album singles “Live Without You” and “All I Need.”

Oller and Malcolm David Kelley founded the pop combo MKTO in 2012 as a result of their collaboration. They released their debut single, “Thank You,” after signing with Columbia Records. The single “Classic,” which was released in 2013, came next. MKTO released their self-titled album a year later. Then they issued their debut EP, which was titled “Bad Girls EP.” A number of further popular singles by MKTO have been published to date, including “God Only Knows,” “American Dream,” “Bad Girls,” “Hands Off My Heart,” and “Superstitious.”

On February 25, 1991, Anthony Michael Oller was born to Mary Anne and Jeff Oller in Houston, Texas, in the United States. He attended Campbell Middle School, John Muir Middle School, and Emmott Elementary School for his education. He later attended Cy-Fair High School, where he graduated in 2009 with honors in debate. He has dated a number of well-known young women in the past, and Chloe Wang, a singer, and actress is reportedly his current girlfriend.

According to the sources, an actor’s yearly compensation ranges from $19k to 210k.