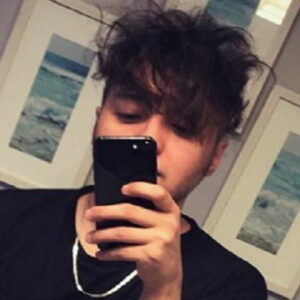 A well-known Instagram user and social media influencer from Canada is Trayvon Vert. Because of his creative and amusing memes, he gained a lot of popularity on social media. Vert, an Alberta native, grew up loving rap music, classical music, and the television show “Futurama.” He eventually developed a peculiar sense of humor that was almost obnoxious. Due to its shock factor, dark humor, and controversial content, his initial Instagram account—which he called after himself—started to gain popularity. But it soon turned out that most, if not all, of his memes, weren’t actually his. Instagram ultimately suspended his account as the theft claims mounted. Vert was permitted to keep his individual Instagram account, which he mainly uses for posting selfies. He continues to post controversial memes on his Twitter account, though.

Trayvon Vert, who has a strange sense of humor, started his Instagram account when he was still in his mid-teens. He was initially unsure about what to post but ultimately chose to share humorous memes. He discovered that making memes was the ideal outlet for his sarcastic, dark humor, and he quickly developed a sizable following. He didn’t think anything was off-limits. His memes, which his admirers believed to be his original creations, covered a variety of subjects, including politics, sports, and popular culture.

He discovered ways to make fun of current events, famous people, politicians, and even ordinary, everyday folks who may have experienced their 15 seconds of fame through his memes. At the height of his fame, his initial self-titled account had over 650 000 followers, and Vert himself was a hot topic on several social media networks. After a significant issue, his popularity plummeted, although he still has more than 221 thousand followers on his personal Instagram.

Vert started sharing memes on his Twitter account after his self-titled Instagram account was shut down. It has been claimed that he continues to share memes created by other people without giving them credit. On the platform, Vert presently has over 20,000 followers.

Additionally, Vert sells his products on a website that he claims he built himself.

In 2017, Vert’s fans and other internet users started to realize he wasn’t using his own memes; instead, he was only sharing others’ memes without giving the creators any credit. The original authors started to make posts about it on Twitter, Instagram, and Reddit. Although Vert blocked several of the comments they wrote on his posts, Instagram did see them. After starting an investigation, they suspended his account in light of their findings.

On April 7, 1999, Vert was born in St. Albert, Alberta, Canada. What is known about his personal life is quite limited. He is presently a Vancouver, British Columbia, resident.

The estimated net worth of Trayvon Vert is about $1 million.