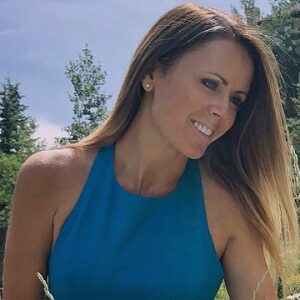 Trista Nicole Sutter (née Rehn) is an American reality television star who has appeared on ‘The Bachelor’ and ‘The Bachelorette.’ She was born in Indiana and raised in Missouri, and she has always been fascinated by the glitzy world of show business. She worked as a pediatric physical therapist in Miami after receiving her degrees from ‘Indiana University’ and subsequently ‘University of Miami, Florida.’ Trista was a contestant on the ‘ABC’ channel’s reality show ‘The Bachelor,’ and was named the ‘runner-up.’ After that, she was chosen as the first ‘bachelorette’ on the spin-off show ‘The Bachelorette.’ Trista selected Ryan Sutter, a Colorado firefighter, as the winner, and he proposed to her on the air. Their wedding was shown on ABC as a three-part special called ‘Trista & Ryan’s Wedding,’ which became one of the most watched reality shows. She has since been on a number of reality series as well as discussion shows. Her first book, ‘Happily Ever After: The Life-Changing Power of a Grateful Heart,’ was released in 2013, and she has also contributed to various publications with blogs and editorials. The Sutters and their two children are currently residing in Eagle County, Colorado.

Trista Sutter was born on October 28, 1972, to Stan and Roseanne Rehn in Indianapolis, Indiana, and grew up in St. Louis, Missouri. She enrolled in ‘Indiana University,’ where she earned a Bachelor’s degree in ‘exercise science.’ She then went on to get a Master of Science degree in ‘physical therapy’ from the ‘University of Miami,’ in Florida.

Trista stayed in Florida after earning her Master’s degree and worked for four years as a pediatric physical therapist at the ‘Miami Children’s Hospital.’ She worked as a ‘Miami Heat Dancer’ for the next two years.
She applied for a new TV show called ‘The Bachelor’ in the hopes of finding something interesting. She was chosen and participated as a contestant on season 1 of this popular ‘ABC’ show in 2002, as one of the 25 bachelorettes. The show debuted on March 25, 2002, and lasted till April 25, 2002. Alex Michel, the first bachelor, courted 25 women before choosing Amanda Marsh, a 23-year-old event coordinator, as the Bachelor’s dream-girl. Trista was named the show’s runner-up and earned immediate recognition.
She considers the fact that she was not chosen as the winner to be the nicest thing that has ever happened to her. Because she was subsequently chosen as the first ‘Bachelorette’ in the show’s gender-reversed spin-off, ‘The Bachelorette.’ Trista chose Ryan Sutter, a Colorado firefighter, as her ‘Bachelor of her dreams.’ Ryan Sutter proposed to her in front of 30 million viewers on the show.
They were one of the few couples from the reality shows ‘The Bachelor’ and ‘The Bachelorette’ to marry and stay together. The network rights to show their wedding were purchased for $1 million by ABC. After a long engagement, they collaborated with the channel to design a dream wedding, which will be broadcast as a three-episode special called ‘Trista & Ryan’s Wedding.’ The real wedding, which took place on December 6, 2003, was telecast/aired as the special’s finale. The luxurious resort ‘The Lodge’ in ‘Rancho Mirage,’ California was used to film this miniseries. With over 26 million people, this event became one of the most watched miniseries in reality TV history.
She appeared in a ‘KFC’ commercial with actor Jason Alexander and in the 2003 song video ‘Celebrity’ by country music singer Brad Paisley, alongside him and others. Trista has been in a number of television shows. She was a contestant on the first season of ‘ABC’s’ show ‘Dancing with the Stars’ (2005).
Trista Sutter appeared as a guest on an episode of the ‘NBA’s’ ‘Fear Factor’ in 2005 to support her husband Ryan, who was a contestant on the show. She and Ryan Sutter were featured in the ‘American Heart Association’ and AD Council’s ‘Hands Only CPR’ PSA campaign (June 2011). The Sutters were also candidates on the show ‘Who Wants to be a Millionaire’ during a ‘Bachelor Fan Favorite Week’ in 2015, and they participated in the ‘Marriage Boot Camp: Reality Star’ (2014).
‘The View,’ ‘Good Day Live,’ VH1’s ‘All Access,’ and ‘Trista and Ryan’s Honeymoon Hotspots,’ are just a few of the shows Trista Sutter has co-hosted. ‘The Oprah Winfrey Show,’ ‘Ellen,’ ‘The Tonight Show,’ ‘Howard Stern,’ ‘The Rachael Ray Show,’ ‘According to Jim,’ and ‘Less Than Perfect,’ among others, have all featured her.
She has worked as a correspondent for ‘Miss America,’ ‘Extra,’ and ‘Good Morning America.’ ‘Happily Ever After: The Life-Changing Power of a Grateful Heart,’ Trista Sutter’s debut book, was released in 2013. She’s authored a series of blogs for ‘E! Online’ and a column for Redbook called ‘My Life as a New Wife.’ ‘People,’ ‘Parade,’ ‘Maxim,’ ‘Woman’s World,’ ‘Oprah Magazine,’ ‘In Style,’ ‘MOM Magazine,’ ‘TV Guide,’ ‘In Touch,’ ‘Life & Style Weekly,’ and ‘US Weekly,’ among others, have published her work.

She married Ryan Sutter, the guy she chose as the winner of the TV show ‘The Bachelorette,’ on December 6, 2003, in a televised wedding on ‘ABC.’ He is currently a lieutenant for the Vail Fire Department in Colorado. He was a professional football player for a short time before being forced to retire due to injury. Her son Maxwell Alston Sutter was born on July 26, 2007, after some initial difficulty in conceiving. In her seventh month of pregnancy, she was diagnosed with gestational diabetes, which caused her pregnancy problems. After a failed induction/stalled labor, the baby was delivered through c-section 4 weeks early. Blakesley Grace Sutter, their daughter, was born on April 3, 2009. Trista Sutter is now a stay-at-home-and-work mom, and the family now lives in Eagle County, Colorado.
Trista sought cosmetic surgery in 2012 because she “wanted to feel wonderful again,” in her own words. She had a seizer and was hospitalized during a family vacation in Croatia in 2017, but she recovered quickly. The pair celebrated their 15th wedding anniversary in December 2018.