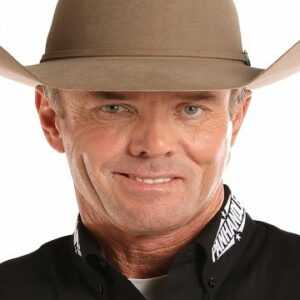 Tuff Hedeman, real name Richard Neale Hedeman, is a former World Champion Bull Rider for the Professional Bull Riders (PBR) and a former World Champion Bull Rider for the Professional Rodeo Cowboys Association. Hedeman, a PBR co-founder, currently represents the sport of championship bull riding (CBR). The American bull rider has received numerous honors and trophies for his achievements to date. In 1999, the association presented Hedeman with the PBR Legends and Heroes Celebration: Ring of Honor. He has also been inducted into the Molalla Walk of Fame, the ProRodeo Hall of Fame, and the Cowboy Capital Walk of Fame. Hedeman was inducted into the Texas Rodeo Cowboy Hall of Fame as well as the Bull Riding Hall of Fame, El Paso Athletic Hall of Fame, Cheyenne Frontier Days Hall of Fame, and El Paso Athletic Hall of Fame. In terms of the champion bull rider’s private life, he is an entire family man who is loyal to his wife and kids. He enjoys using his free time to travel to bull riding and team roping competitions.

Tuff In his early years, Hedeman excelled in junior rodeo competitions. In 1980, he took home the title of New Mexico High School Rodeo Association Champion. He won numerous championships in collegiate team roping, steer wrestling, bull riding, and bronc riding after that. Hedeman eventually turned professional in 1983 after winning the National Collegiate Finals Championship. In the PRCA, he took home three titles: his first in 1986, his second in 1989, and his third in 1991.

After that, despite a risky meeting with the renowned bull Bodacious, the American bull rider won the PBR World Championship in 1995. Hedeman suffered multiple severe facial injuries during this conflict. He finished second in 1996 and lost the PBR world championship to Owen Washburn. In the 1997 PBR season, he finished third. He suffered a severe injury at the PBR Bud Light Cup Series competition in 1998 during what was to be his final ride. Hedeman made a comprehensive assessment of his health before announcing his retirement in 1999.
The well-known former bull rider, who formerly served as the PBR President, is now the CBR ambassador. Ty Murray has served as the PBR’s president since Hedeman departed the organization in 2004.

Richard Neale Hedeman, better known as Tuff Hedeman, was born in El Paso, Texas, on March 2, 1963. He attended Sul Ross State University to further his education after high school. In terms of his personal life, the former bull riding champion from the United States wed Tracy Hedeman in 1986. The two sons of the marriage. Family members reside in Morgan Mill, Texas. Lane, their oldest child, is named for Lane Frost.

Hedeman currently spends his free time watching bull riding and team roping competitions. On occasion, he adds commentary to television broadcasts of CBR bull riding competitions.
He is not active on any well-known social networking site, such as Twitter, Facebook, or Instagram.