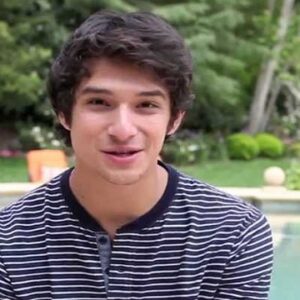 Tyler Garcia Posey is an American actor who has appeared in films and television shows. He is most recognized for his role in the MTV television show “Teen Wolf,” which premiered in 2011. The series follows Scott (played by Tyler), a young child who is bitten by a werewolf. He must then adjust to his new existence while taking care not to injure his friends and family. In the film ‘White Frog,’ a 2012 American drama about family, friendship, and love, he co-starred with iconic ‘Twilight’ star Booboo Stewart. The story follows a boy who feels neglected until he is confronted with a tragedy that drastically alters his life. He’s also known for playing Jennifer Lopez’s son in the romantic comedy ‘Maid in Manhattan,’ in which a famous politician and a hotel maid fall in love. ‘Yoga Hosers,’ released in 2016, is one of his most recent films, with elements of both horror and comedy. Posey is also a talented musician who performs with the band ‘Disappearing Jamie.’

Tyler Posey was born in the United States on October 18, 1991, in Santa Monica. His father is John Posey, a well-known American actor and writer, and his mother is Cyndi Teresa Garcia.
He and his two brothers grew up in Santa Monica, California. He was a student at Hart High School and used to play the piano in his spare time.

In the early 2000s, Tyler Posey began working in both television and film. He made his acting debut in the American action picture ‘Collateral Damage’ (2002), in which he played a supporting role. Later same year, he starred in the romantic comedy ‘Maid in Manhattan,’ in which he played the son of Jennifer Lopez’s female lead.
Around this time, he began appearing in a minor role in the American television series ‘Doc.’ Raul Garcia, an eight-year-old orphan kid, sleeps in the basement of a church with his mother before she falls ill and dies, was played by him. He is later adopted by a New York Police Department officer.

Tyler went on to have minor roles in episodes of shows like ‘Sue Thomas: FB eye,’ ‘Into the West,’ ‘Smallville,’ and ‘Brothers and Sisters.’ In 2007, he also starred in the fantasy film ‘Veritas: Prince of Truth,’ in which he played a pivotal part.

In 2009, he participated in numerous episodes of the American family drama TV series ‘Lincoln Heights.’ Eddie Sutton is a police officer who decides to return to his former neighborhood with his family and establish a new life.
He had a brief role in the American film ‘Legendary,’ about an ambitious wrestler, in 2010.

Tyler Posey began acting in the popular TV series ‘Teen Wolf’ in 2011, portraying the adolescent Scott, for which he is most known. The series, which debuted on June 5, 2011, has garnered great reviews and has been highly popular, particularly among young people.

He co-starred with Booboo Stewart, the well-known actor best remembered for his part in the ‘Twilight’ franchise, in the 2012 American comedy ‘White Frog.’ The San Francisco International Asian American Film Festival hosted the film’s premiere.

He has also acted in minor roles in TV shows such as ‘Punk’d,’ ‘Workaholics,’ and ‘Ridiculousness,’ in addition to his role in ‘Teen Wolf.’

Tyler Posey’s first important appearance in a film was in ‘Maid in Manhattan,’ which was released in December 2002. Marisa Ventura, a single mother living with her ten-year-old son Ty, is the protagonist of the novel (played by Posey). Marisa works at the Beresford Hotel in Manhattan’s financial district. Despite the fact that she is merely a maid, her coworkers believe she has the potential to work in management.

Trouble arises later when she begins an affair with Christopher Marshall, a high-profile politician. The story does, however, finish pleasantly, with both of them reuniting and embarking on a new life together. The picture was a box office smash, debuting at number one in its opening weekend. It made a total of $ 155 million over the world.
‘Teen Wolf’ is Tyler Posey’s most important work to date, as it is thanks to this television series that he has achieved worldwide acclaim. It is an American television series that is based on the 1985 film of the same name. Scott McCall, a high school student from Beacon Hills, California, is the protagonist of the novel.

He begins investigating the supernatural powers in his town after he is transformed into a werewolf. However, his life becomes more complicated as he must avoid endangering his family and friends. The show aired for six seasons till early 2017. The series does not follow the events of the 1985 film ‘Teen Wolf’ or its sequel ‘Teen Wolf Too,’ although it bears a striking resemblance to them.

He most recently appeared in the 2016 film ‘Yoga Hosers.’ Despite the fact that his role was modest, the film was a big success. The plot follows the exploits of two fifteen-year-old girls who study yoga with their guru, Yogi Bayer. The film had its world premiere at the 2016 Sundance Film Festival on January 24th.

Tyler Posey has won multiple honors for his incredible acting abilities, including the Young Artist Award for Best Performance in a TV Comedy Series – Supporting Young Actor in 2002 for ‘Doc.’
For ‘Teen Wolf,’ he received both the ALMA Award for Favorite TV Actor – Leading Role and the Imagen Award for Best Actor/Television in 2012.

In 2013, he was nominated for a Young Hollywood Award for ‘Teen Wolf,’ which he shared with Holland Roden, Crystal Reed, Dylan O’Brien, and Tyler Hoechlin.
For ‘Teen Wolf,’ he received a Teen Choice Award nomination in the category of Choice Summer TV Star: Male in 2015.

Tyler Posey was formerly engaged to Seana Gorlick, with whom he had a childhood connection. However, their engagement was called off in October 2014, albeit the reason for this is unknown.

In 2016, he began a relationship with Bella Thorne, a well-known young American actress.
Posey’s mother died of breast cancer in December 2014, leaving him without a mother. In honor of her, he dedicated the fifth season of ‘Teen Wolf’ to her.

Tyler Posey is a $7 million dollar American actor and singer. Tyler Posey was born in Santa Monica, California, and began his acting career as a youngster in films such as “Collateral Damage” and “Without a Trace,” as well as portraying Jennifer Lopez’s son in “Maid in Manhattan.”