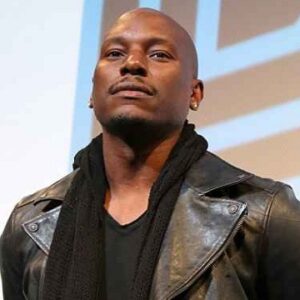 Tyrese Darnell Gibson is a Grammy-nominated R&B singer and rapper from the United States. He began performing at a young age, first in school plays and subsequently in talent shows throughout Los Angeles. In 1996, he made his television debut as Darrell, a guest character on ABC’s ‘Hangin’ with Mr. Cooper’ in a season four episode. He released his debut album, ‘Tyrese,’ two years later. It reached #6 on Billboard’s Top R&B/Hip-Hop Albums chart in the United States. In the year 2000, he worked on his debut film, ‘Love Song,’ which starred Monica, Christian Kane, and Vanessa Bell Calloway. Tyrese recorded six more studio albums and three mixtapes over the next few years, collaborating with artists such as Snoop Dogg, Ludacris, and R. Kelly. He has been in two of the most popular recent film franchises, ‘Transformers’ and ‘Fast & Furious.’ He is also a ‘New York Times’ best-selling novelist, with two of his works having made the list so far. He is currently signed to ‘Caroline Records’ as a singer-musician.

Tyrese Gibson was born on December 30, 1978, in Watts, a Los Angeles neighborhood with a high population of young people. In the absence of his father, Tyrone Gibson, who left the family in 1983, he was reared by his mother, Priscilla Murray-Gibson. He is the youngest of four siblings, with a brother named Tyrone and two sisters named Salendra and Shonta.

He had a terrible childhood, and he even stated that he only attended to school to eat. Locke High School in Watts also offered him with an excellent musical and acting education, which he used to launch his career. He went to ‘Florida A&M University’ after graduating.

Tyrese Gibson debuted in a Coca-Cola commercial at the age of 14 after winning a talent competition. In the ad, he sang “Always Coca-Cola,” which led to other opportunities. He also appeared in commercials for ‘Guess’ and ‘Tommy Hilfiger.’

Tyrese’s first contract as a singer was with RCA Records, which he signed in early 1998. On August 4, 1998, he released ‘Nobody Else,’ the first single off his self-titled studio album. The song was created by Jack Job and peaked at #36 on the Billboard Hot 100 list in the United States.

The album was certified Platinum by the Recording Industry Association of America (RIAA) on March 30, 1999, after it was released on September 29, 1998. Another track from the record, ‘Sweet Lady,’ earned him his first Grammy nomination.

Around this period, he also began his TV acting career. Tyrese had many guest parts on TV shows like ‘Martin,’ ‘The Parent Hood,’ and ‘Moesha’ after his appearance on ‘Hangin’ with Mr. Cooper.’ Before making the leap to the big screen, he performed the supporting role of Mad Rage /Skip in the TV movie ‘Love Song.’
He starred in the coming-of-age film “Baby Boy” in 2001. The film marked Gibson and Taraji P. Henson’s cinematic debut and was a critical and commercial success.

Tyrese released his third album, ‘I Wanna Go There,’ through ‘J Records’ in 2002, after ‘Sony BMG,’ the parent company of ‘RCA Records,’ entirely bought the label. The album’s song, ‘How You Gonna Act Like That,’ hit #3 on the ‘US Hot R&B/Hip-Hop Singles & Tracks’ list.

Gibson starred in four films between 2004 and 2006: ‘Flight of the Phoenix,’ ‘Four Brothers,’ ‘Annapolis,’ and ‘Waist Deep,’ the last of which he played the male lead.

He’s released three mixtapes so far. ‘Best of Both Hoodz, Vol. 1’ (2006), ‘Ghetto Royalty’ (2006), and ‘Invisible Bully: The Last Tapes’ (2012) are the three albums, all of which were self-released only as digital downloads.
Under November 1, 2011, he released his fifth album, ‘Open Invitation,’ on his own label, ‘Voltron Recordz.’ For the album, he received his third Grammy nomination.

Tyrese Gibson founded the supergroup ‘TGT’ alongside Ginuwine and Tank in 2007. They didn’t release their first album, ‘Three Kings,’ until 2013, through ‘Atlantic Records.’

He released his latest album, ‘Black Rose,’ on July 10, 2015, through Caroline Records. Both the ‘US Billboard Hot 200’ and the ‘Top R&B/Hip-Hop Albums’ lists were topped by it. ‘Shame,’ the album’s second single, was nominated for two Grammys for ‘Best Traditional R&B Performance’ and ‘Best R&B Song.’
For the upcoming picture ‘Desert Eagle,’ he authored the screenplay.

In Michael Bay’s 2007 sci-fi spectacular ‘Transformers,’ he played Sgt. Robert Epps. This was Gibson’s first work with flamboyant filmmaker Michael Bay, and he starred opposite Shia LaBeouf, Megan Fox, and Josh Duhamel. In the first two ‘Transformers’ sequels, ‘Revenge of the Fallen’ (2009) and ‘The Dark of the Moon,’ he reprised his role (2011). The franchise is the tenth highest-grossing film series of all time, with $4.2 billion in box office receipts.

His film ‘Baby Boy’ got the ‘Special Mention Award’ at the 2001 Locarno International Film Festival for “its original premise and ensemble acting.”

In 2012, he won the ‘Soul Train Music Award’ for song of the year for his song “Stay.”
He won the ‘NAACP Music Image Award’ in 2016 for the outstanding music video for ‘Shame.’

He’s involved with a number of philanthropic organizations that aren’t for profit. In 2014, he presented UNICEF’s “Benefit Concert for Our Girls of Nigeria.” He has also collaborated with the ‘WE Charity’ organization.

On April 7, 2011, he released his memoir, ‘How to Get Out of Your Own Way,’ through ‘Grand Central Publishing.’ ‘Manology: Secrets of Your Man’s Mind Revealed,’ his second book, was co-authored with Rev. Run and released on February 5, 2013. ‘Black Rose,’ his third book, is currently in the works.

Tyrese Gibson has a net worth of $6 million and is a Grammy-nominated R&B singer-songwriter, rapper, actor, author, model, MTV VJ, and writer in the United States. Tyrese Gibson’s net worth is derived from his work as an actor in films and television programs such as Baby Boy, the Fast and Furious franchise, and the Transformers franchise.