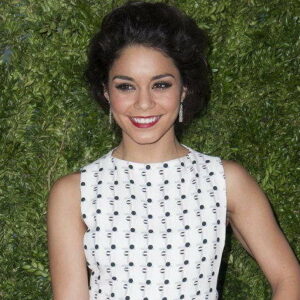 Vanessa Anne Hudgens is an actress and singer from the United States who is best known for her role as Gabriella Montez in the ‘High School Musical’ trilogy. Because she spent the most of her life traveling, it was impossible for her to acquire a regular education at school. Her grandparents were both musicians, and she was encouraged to sing and play in musical theaters at an early age by them. She began auditioning for advertisements and TV shows after a few years of experience. It wasn’t difficult for her to demonstrate her abilities in films and albums because she had prior experience filming for commercials and shows. So far in her career, she has been in a number of films with some of the industry’s biggest names. She took a hiatus from professional singing to concentrate on her acting career for a time. She went on to say that she would be recording new songs and albums in the future. Vanessa is involved in a variety of humanitarian endeavors all over the world. She’s had her share of controversies, as have many other young and wealthy celebrities.

Vanessa Hudgens was born Vanessa Anne Hudgens in Salinas, California, on December 14, 1988. Gregory, her father, was a firefighter, while Gina, her mother, worked multiple jobs to support the family. Her father was of Irish and Native American ancestry, and her mother was a native of Manila, Philippines.

Her younger sister Stella, who is also an actress, is her inspiration. Their parents raised them as Roman Catholics, and until seventh grade, the sisters attended ‘Orange County High School of the Arts.’
She began singing in local productions at the age of eight. She auditioned for various TV advertisements after a few years of experience. When she was chosen for one of the TV ads, her family relocated to Los Angeles. After moving to Los Angeles, Hudgens and her sister were home-schooled.

Vanessa made her television debut in 2002, when she appeared on the CBS sitcom ‘Still Standing.’ Then he made a cameo in ‘Robbery Homicide Division,’ which lasted only a few minutes.

With the film ‘Thirteen,’ she made her feature debut in 2003. Positive feedback was received for the film. ‘Thunderbirds,’ her second film, was released in 2004. The film, however, did not perform well at the box office.
Vanessa, Zac Efron, and Ashley Tisdale became renowned after the film ‘High School Musical’ was released in 2006. It was the second most-watched film in the United States and the United Kingdom that year. The film’s soundtrack also charted at number one on the Billboard Hot 200.

‘Hollywood Records’ signed Vanessa to a deal. Her debut album, ‘V,’ was released on September 26, 2006.
‘High School Musical 2’ was released in 2007, and it was a larger hit than its predecessor. At the ‘Nickelodeon Australian Kids’ Choice Awards,’ it earned the ‘So Hot Right Now’ category.

Her second album, ‘Identified,’ was released on July 1, 2008, but it was a commercial failure. Vanessa then ended her relationship with ‘Hollywood Records.’
On October 24, 2008, the film ‘High School Musical 3’ was released. It was a tremendous smash in the United States, debuting at number one. Vanessa took a hiatus from professional singing after the film’s premiere to concentrate on her acting career.

‘Bandslam,’ her next film, garnered mixed reviews, but critics applauded her acting. ‘Rent,’ a musical directed by Neil Patrick Harris, was her return to theater productions.
Her film ‘Beastly’ was released on March 4, 2011. Alex Pettyfer and Mary-Kate Olsen also starred in the film. The film did not earn favorable reviews from critics.

The film ‘Sucker Punch’ was released on March 25, 2011. On June 28, a DVD and Blu-ray version featuring 18 additional minutes of animated scenes was released.

Vanessa’s next film, “Journey 2: The Mysterious Island,” was released in 2012. Dwayne Johnson and Josh Hutcherson also starred in the picture, which got mixed reviews.
Her film ‘Spring Breakers’ was released in the United States on March 22, 2013. Vanessa appeared alongside stars Selena Gomez, James Franco, and Ashley Benson in this film. The film was based on adolescent drug addiction, sexual exploits, and violence.

The film ‘The Frozen Ground’ was released in the United States on August 23, 2013. Vanessa collaborated on the film alongside actors such as Nicholas Cage and John Cusack. She also appeared in films including “Machete Kills” and “Gimme Shelter,” both of which were released in 2013.

‘Powerless,’ a short-lived sitcom on the NBC network, starred her in 2017. On the 14th season of ‘So You Think You Can Dance,’ she also participated as a judge. She appeared in the film ‘Princess Switch’ in 2018.

She got the ‘Teen Choice Award’ in the category of ‘Choice Music: Breakout Artist – Female’ in 2006.
She got the ‘ShoWest Female Star of Tomorrow Award’ in 2010.

In 2005, Vanessa began dating Zac Efron. This was a five-year romance. In 2011, she began dating Austin Butler.

Brian Schall sued her in 2007 for allegedly breaching a contract. Vanessa, he alleged, owed him $150,000. She countered that she couldn’t have signed the contract because she was still a minor at the time (October 2005) when it was purportedly signed.

Vanessa’s images were leaked on the internet on September 6, 2007. As a result of her nudity in several of the photos, she became embroiled in a significant scandal. In August 2009, a similar situation occurred once more.

Vanessa Hudgens’s net worth is reported to be $16 million.

Vanessa was the featured celebrity for the ‘Sears’ ‘back-to-school campaign’ in 2008. She later joined the ‘Stand Upto Cancer (SU2C): Change the Odds’ campaign.

She volunteers with ‘Best Buddies International,’ a non-profit organization that provides opportunities for people with intellectual and developmental disabilities. She also supports the ‘Lollipop Theatre Network,’ ‘St. Jude Children’s Research Hospital,’ and ‘VH1 Save The Music Foundation,’ among other charities.