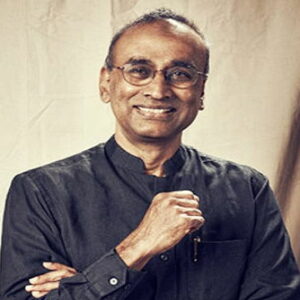 Indian-born structural biologist Venkatraman Ramakrishnan is a British-American citizen. He is the Royal Society’s president at the moment. He is the Deputy Director as well as a team leader at the Medical Research Council (MRC) Laboratory of Molecular Biology (LMB), located in the UK. Ramakrishnan, who is well-known for his work on ribosomes, has won numerous prizes and honors to date. He shared the 2009 Chemistry “Nobel Prize” with Ada Yonath and Thomas A. Steitz. The second-highest civilian accolade in India, the “Padma Vibhushan,” was also given to him. In addition to this, the structural biologist has received the Medal of the Federation of European Biochemical Societies and the Louis-Jeantet Prize for Medicine (FEBS). Ramakrishnan was also awarded the British Biochemical Society’s Heatley Medal. His accomplishments don’t stop here, though! The British-American biologist has been elected to the American National Academy of Sciences, the Royal Society, and the European Molecular Biology Organization.

At Yale University, Venkatraman Ramakrishnan began researching ribosomes as a postdoctoral scholar. He worked as a staff scientist at the Brookhaven National Laboratory from 1983 to 1995. He then began working as a biochemistry professor at the University of Utah.

He afterward relocated to the UK’s Medical Research Council Laboratory of Molecular Biology in 1999. In that same year, Ramakrishnan’s team revealed the 5.5 Angstrom resolution structure of the ribosome’s 30S component. The full molecular structure of the 30S subunit was then ascertained.

Soon after, Ramakrishnan’s laboratory provided structural explanations of the mechanism ensuring the accuracy of protein manufacturing. The atomic structure of the complete ribosome in conjunction with its mRNA and tRNA ligands was then discovered by the lab in 2007. A portion of the 2009 Nobel Prize in Chemistry went to Ramakrishnan “for research of the structure and function of the ribosome.”

Ramakrishnan has mentored numerous Ph.D. students and postdoctoral researchers. He is also well-known for his earlier work on chromatin and histone structure. The most popular studies by structural biologists have appeared in numerous journals, including “Science,” “Cell,” and “Nature.”

In the Indian state of Tamil Nadu, in Chidambaram, Venkatraman Ramakrishnan was born in 1952. His parents, Rajalakshmi and C. V. Ramakrishnan, were both scientists. Lalita, his younger sister, is a National Academy of Sciences member and a professor of immunology and infectious diseases at the University of Cambridge.

Ramakrishnan attended the Jesus and Mary Convent in Vadodara for his formal education. After completing his pre-science coursework at Maharaja Sayajirao University of Baroda, he finished his undergraduate work there and earned a Bachelor of Science in Physics in 1971. Ramakrishnan relocated to the United States after graduating and attended Ohio University, where he earned a Ph.D. in physics in 1976. At the University of California, San Diego, he later studied biology.

The structural biologist married author Vera Rosenberry in 1975, to talk about his personal life. Ramakrishnan’s son Raman currently resides in New York as a cellist, while Tanya, his stepdaughter, practices medicine in Oregon.

The estimated net worth of Venkatraman Ramakrishnan is unknown.