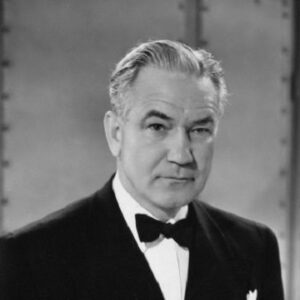 Victor Fleming was an American film director, cinematographer, and producer. He is best known for directing the epic film “Gone with the Wind,” for which he won the Academy Award for Best Director. The Wizard of Oz, a musical comedy-drama-fantasy film he made, was also a big hit. During the 1930s, he was one of Hollywood’s most popular directors. His leading actors, such as Clara Bow, Jean Harlow, Clark Gable, Spencer Tracy, and Ingrid Bergman, all gave great performances. He was born on a ranch in California. When he was young, he lost his father. After that, his mother took him to live with her brother. His uncle was a farmer, so he worked on the ranch where he grew up. He liked being outside, so he didn’t want to do what his family wanted and become a teacher or civil engineer. Instead, he worked as a taxi driver and mechanic. He was working as a mechanic when he met the director Allan Dwan by chance. Dwan hired him as a camera assistant. He learned quickly and soon became a cinematographer. He then went on to direct his own movies. In the beginning of his career, he made several silent films. In the late 1920s, he switched to making talkies. He was one of the most well-known directors of the 1930s, and “Gone with the Wind” and “The Wizard of Oz” were his most successful movies.

Victor Lonzo Fleming was born on a ranch in La Canada Flintridge, California, on February 23, 1889. His parents were Elizabeth Evaleen (nee Hartman) and William Alonzo “Lon” Fleming. Two younger sisters lived with him.

Victor was only four years old when his citrus farmer father died. His mother took the kids and moved in with her brother, who was also a citrus farmer. As a child, Victor worked on his uncle’s ranch and grew to love the outdoors. His mother eventually got married to a man who owned water well.

He went to school in Los Angeles and graduated from Polytechnic High School in 1905. His family wanted him to become a teacher or an engineer, but he didn’t want to do either. Instead, he wanted to live an exciting life, and cars were just starting to become popular on the roads of California.

In 1905, he started working as a machinist for one of California’s first car companies, Whitesell and Co. He worked as a taxi driver for a while and then as a mechanic for the Los Angeles Motor Car Company.

In 1912, he met Allan Dwan by chance because of his job as a mechanic. Dwan gave the young man a job at the Flying A Studios as a camera assistant. Fleming learned quickly, so it didn’t take long for him to move up the ranks and become a cinematographer.

In 1915, he joined the Triangle Studios in New York, which had just opened. He worked with D. W. Griffith on several movies, including 1916’s “Intolerance.”

When the United States joined World War I in 1917, Fleming joined the Army Signals Corps. He worked in the photographic section and was given the job of being President Woodrow Wilson’s main photographer at the Paris Peace Conference in 1918.

When the Clouds Roll By, a comedy starring Douglas Fairbanks, was Fleming’s first full-length movie. It came out in 1919. The movie was about a young New Yorker who is superstitious but also wants to get ahead in life and ends up being hurt by a crazy psychiatrist named Dr. Ulrich Metz.

Douglas Fairbanks was in a lot of the movies that came after. In the 1920s, he starred in movies like “Empty Hands,” “Lord Jim,” “The Way of All Flesh,” and “The Rough Riders.” He also directed Gary Cooper in his first big hit, “The Virginian,” which came out in 1929. Cooper was going to be a big star.

Already a well-known director by the end of the 1920s, his career took off in the 1930s. In 1932, he made the romantic drama film “Red Dust,” which starred Clark Gable, Jean Harlow, and Mary Astor. It was a big success.

Without a doubt, 1939 was his most successful year ever. In the same year, he made two of his best-known movies, “Gone with the Wind” and “The Wizard of Oz,” which brought him a lot of praise.

He was in charge of making the movie “Gone with the Wind,” which was based on Margaret Mitchell’s book of the same name. The movie was very popular and won ten of the 13 Academy Awards it was nominated for. Fleming won the award for Best Director. People think that the movie is one of the best movies ever made.

The fantasy comedy-drama film “The Wizard of Oz,” which was directed by Fleming and became popular because of its fantasy story, musical score, and strange characters, is now seen as an icon of American pop culture. The movie is often on critics’ and audiences’ lists of the best movies.

In 1939, “Gone with the Wind” won the Academy Award for Best Director, which was given to Victor Fleming.

In 1909, when he was 20 and his wife Clara West Strouse was 16, they got married for the first time. The marriage didn’t last long, and in 1915 they split up.
Victor Fleming was attractive and charming, and women liked him a lot. Several actresses, including Clara Bow, Norma Shearer, Ingrid Bergman, Virginia Valli, and Bessie Love, had affairs with him.

In 1933, he married Lucile Rosson, who was his second wife. They had two kids together and stayed together until Fleming died.
On January 6, 1949, at the age of 59, he had a heart attack that killed him.

Victor Fleming is one of the wealthiest Directors and is on the list of the most well-known Directors. According to our research, Wikipedia, Forbes, and Business Insider, Victor Fleming has a net worth of about $6 million.

This American director is the only one to have two movies on the American Film Institute’s 2007 AFI’s 100 Years…100 Movies list of the best movies of all time.