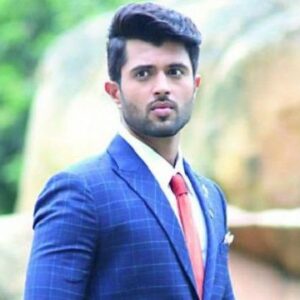 Talk of the modern Telugu film business is incomplete without bringing up Vijay Sai Devarakonda, the incredibly gifted and multifaceted Tollywood superstar. Being the son of an actor, Vijay made a decision from an early age. Like his father, he fell in love with acting in front of the camera and soon began to pursue the field with fervor. Although coming from an acting family does offer Devarakonda an advantage, no one can dispute his natural talent and flare. Devarakonda began his career in theater but quickly switched to the big screen. Devarakonda’s major breakthrough occurred with “Yevade Subramanyam,” following his debut in a lesser role. But “Pelli Choopulu” was the film that signaled the start of the actor’s heyday. Since the 2015 blockbuster, Devarakonda has continued to croon one film office smash after another. He has everything going for him—good looks, a wonderful physique, an endearing personality, a burgeoning career, and tons of talent—and is the heartthrob of the Telugu cinema business.

One of the most gifted and dynamic actors in Telugu cinema is Vijay Sai Devarakonda. It was only natural for Vijay to pursue acting as his father, Devarakonda Govardhan Rao is an actor. He began with a brief term at the Hyderabad-based theater company Sutradhar, and soon after that, he participated in a 4-month workshop.

For young Vijay, who had his hands full with multiple productions in the Hyderabad theater scene, the workshop opened doors of possibility. During this time, Ingenium Dramatics was his primary affiliation. Vijay immediately entered the movie after exploring the world of theater.

He first appeared in a supporting role in Sekhar Kammula’s “Life is Beautiful.” Nag Ashwin, the assistant director at the time, met Devarakonda for the first time while working on Kammula’s movie. Ashwin chose him to star alongside Nani in the 2015 film “Yevade Subramanyam” after recognizing his potential.

The movie was a box office hit and launched Devarakondo’s acting career. The romantic coming-of-age drama “Pelli Choopulu” by filmmaker Tharun Bhascker Dhaassyam gave him a lead part alongside Ritu Varma. “Pelli Choopulu” launched his career to incredible heights and was one of the year’s biggest box office hits, both critically and economically.

In addition to becoming a commercial success, the movie also took home the prize for Best Telugu Feature Film at the 64th National Film Awards. He became an instant sensation in the Telugu cinema industry as a result. Since then, Devarakonda’s career has been on a rapid ascent. Recent movies in which he appeared include “Dwaraka,” “Arjun Reddy,” and “Ye Mantram Vesave,” all of which were box-office successes.

Devarakonda spent the majority of his formative years in this school, away from his home and family. Young Devarakonda learned a lot during this time, both intellectually and practically. After completing his education, he returned to Hyderabad and enrolled in Little Flower Junior College to complete his studies.

Following his graduation from there, Devarakonda enrolled at the Badruka College of Commerce, where he earned a bachelor’s degree in commerce. Devarakonda first tried his hand at acting after finishing his education.

An Indian actor and producer, Vijay Devarakonda, has a $7 million net worth.