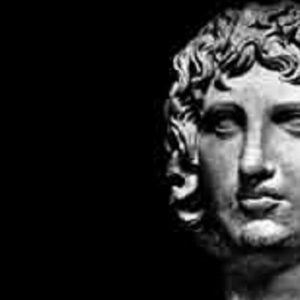 Virgil, or Publius Vergilius Maro, was a well-known ancient Roman poet of the Augustan period who was regarded as the greatest among them by Roman writers. He is most known for his poem ‘The Aeneid,’ which tells the narrative of Aeneas, Rome’s mythological founder. From the time of its writing till now, this work has been regarded as Rome’s national epic. Despite the fact that he was venerated in Rome, nothing is known about his early life and family. Some scholars believe that Virgil was born into a poor family and considered a profession in law before deciding to become a poet. He was recognized by the Romans as not just their own national poet, but also as a spokesperson for their ideas and achievements. He was a well-liked man who was seen to have attained the pinnacle of his craft, as evidenced by the fact that his poetry were employed as school textbooks in the first century AD. His works had a significant impact on Western literature, which is one of the reasons he is still recognized today.

Virgil was born on October 15, 70 BC, in the village of Andes, near Mantua, Northern Italy, where he spent the majority of his childhood. His family came from impoverished beginnings, however nothing is known about them.
He is thought to have started formal education when he was about five years old. He is reported to have studied rhetoric, medicine, and astronomy in Cremona, Milan, and Rome. Later, he gave up these pursuits and pursued philosophy. He was also said to be incredibly quiet and reticent, and he was said to have suffered from terrible health for most of his life, according to various reports.

The majority of Virgil’s early poetry can be found in the book ‘Appendix Vergiliana.’ Scholars eventually discovered that this collection also contains poetry by other 1st Century AD writers.
He was primarily influenced by Theocritus, a Greek poet whose poetry inspired his first work, “The Eclogues,” which was published in 39-38 BC. It was a dramatic portrayal of the revolutionary developments that took place in Rome between 44 and 38 BC.

His work was a combination of visionary politics and sexuality, which made it an instant hit and garnered widespread notice. It also drew the notice of the well-known Asinius Pollio, a powerful poet, politician, and literary critic. Virgil was introduced to Octavian by Pollio, who arranged for his schooling in Milan, Rome, and Naples.
Between 37 and 30 BC, he wrote his second masterpiece, ‘Georgics.’ It was a prayer to various agricultural gods, including Augustus, requesting the return of Italy’s historic agricultural existence.

‘Georgics’ also included instructions on plowing, tree planting, beekeeping, and other topics, however it was thought that the objective was to entertain rather than educate farmers. Though Virgil’s work cannot be considered political propaganda, it would be incorrect to suggest that it was unrelated to the political situation of the time.

‘The Aeneid’ is not just Virgil’s best work, but also one of the most important masterpieces in English literature. He had spent the last eleven years of his life (29–19 BC) working on it.

The epic’s early chapters are about the destruction of Troy and how Aeneas, the hero, is forced to flee his city with his family. He loses Creusa, his wife, during the trip, who instructs him to follow his destiny, which is to construct a great city and find a royal bride, before dying. Later, Aeneas informs Dido about his adventure, and she falls in love with him and pursues him mercilessly.

Dido becomes so sad when Aeneas has to leave her to pursue his destiny that she creates a funeral pyre and slays herself on it with Aeneas’ sword. Meanwhile, Aeneas and his companions continue their search for their fate. Later, he encounters the Cumaean Sibyl, the priestess who preside over Cumae’s Apollonian Oracle. She links him to the underworld, where he discovers Rome’s fate.

The book’s last chapters begin with his arrival in Italy and betrothal to King Latinus’s daughter, Lavinia. The battle between Turnus’ and Aeneas’ soldiers is the focus of the later chapters. Turmus, the head of the Latin troops, had been enraged by Aeneas’ marriage to Lavinia, as well as Latinus’ decision to allow the Trojans to reside in Latium. In the end, he is defeated in a duel with Aeneas.

He not only gives an ideal vision of Rome in the poem, but also touches on the private and public aspects of human life, which he believes are the source of the city’s true glory. Dido, the queen of Carthage, is also regarded as a notable character in the poem. She was a staunch opponent of the Roman way of life, and Aeneas’ rejection of her is presented to him as a victory.

But Dido also acquires a lot of sympathy, making the reader wonder if Rome is really worth so much money. In his defeat, Turnus, who has been revealed to be quite an uncivilized guy, gains a lot of compassion. Virgil also explores many issues such as sorrow and how humans dealt with sadness throughout the poem.
Unfortunately, Virgil died before completing the concluding lines and revisions of ‘The Aeneid.’ As a result, the poem was left unfinished and unedited.

Virgil devoted his entire life to poetry and the study of poetry. He never married and lived a solitary existence, but when his poetry became well-known, he made a number of powerful acquaintances in the Roman world.
In 19 BC, he embarked on a three-year journey to Greece, where he expected to complete ‘The Aeneid.’ However, he had a fever on the journey and was sent to Italy, where he died on September 21, 19 BC.

In Piedigrotta, a region two miles outside the center of Naples, his remains was buried near the entrance of an ancient Roman tunnel. His tomb became a popular pilgrimage destination, and it remained so for the next two centuries.

Because they seemed to detect magic and prophesy in his works, some Christian theologians regarded him on a par with the Hebrew Prophets of the Bible. In the fourth poem of Eclogues, he is claimed to have foreseen the birth of Jesus.

He influenced and continues to inspire innumerable other poets centuries after his death. The works of Virgil influenced Spencer, Pope, Arnold, Tennyson, Milton, and Wordsworth.