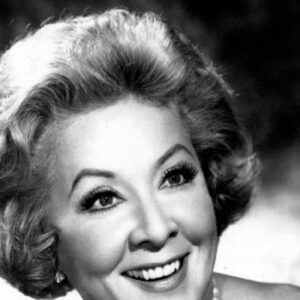 The long-running American sitcom “I Love Lucy” featured Vivian Vance in the role of Ethel Mertz, for which she is best remembered. When Vivian began her acting career in theater, she played Nancy Collister in the musical “Let’s Face It!” and had one of her best stage performances. She appeared in the play more than 500 times, sharing the stage with well-known actors including Eve Arden and Danny Kaye. With “Take a Chance,” she made her film debut in 1933, but her contribution was not acknowledged. Before landing her breakout part in “I Love Lucy,” she then had an appearance in “The Secret Fury.” Then, Vivian had another illustrious part as Vivian Bagley in “The Lucy Show.” Vance continued to make appearances in numerous TV programs that incorporated her ‘I Love Lucy’ character. She made her final appearance as the fictional Vivian in the television show “Lucy Calls the President.” In 1978, she made her last appearance on television in the program “Sam.” Vivian experienced health problems in her later years. She had a stroke that left her largely paraplegic before being told she had bone cancer. Vivian passed away on August 17, 1979, from bone cancer. She received a star on the “Hollywood Walk of Fame” as a posthumous tribute.

In Cherryvale, Kansas, on July 26, 1909, Vivian Roberta Jones was born. Along with her five siblings, she was reared by her parents, Robert and Euphemia Jones. Vivian’s family moved to Independence, Kansas, when she was six years old. When Vivian was a student at “Independence High School,” she began attending theatrical classes and over time developed a passion for acting.

Vivian’s mother opposed her desire to pursue her ambition of being an actor, but she was certain about it, so she rebelled. She then adopted the surname “Vance” and began looking for ways to finance her dream. She frequently left her room undetected and stayed out late. As an actor, Vivian relocated to Albuquerque, New Mexico. She performed in her debut play in 1930 at the “Albuquerque Little Theatre.”

After that, she had appearances in a number of plays, including “This Thing Called Love” and “The Cradle Song.” The local theater scene valued her performances in the productions. She was sent to New York by the community’s members to pursue acting with Eva Le Gallienne.

The career of Vivian Vance

In 1932, Vivian began her career in a number of Broadway productions. She first appeared in the 1937 musical “Hooray for What!” as one of the chorus singers before taking on a supporting part.

She appeared as Nancy Collister in Cole Porter’s 1941 production of the musical “Let’s Face It.” Many people praised her for the musical performance, which ultimately turned out to be her most lucrative theatrical role.
In 1950, Vivian made her film debut in “The Secret Fury,” in which she portrayed the part of a chambermaid named Leah. Vivian relocated to California in 1947.

Through her performance in the play “The Voice of the Turtle,” Vivian attracted the attention of Desi Arnaz and Jess Oppenheimer, who were both actors. I Love Lucy’s Desi and Jess were on the lookout for an actress to portray Ethel Mertz. Desi chose Vivian for the job even though Ethel’s portrayal was more mature and less gorgeous than Vivian. I Love Lucy debuted on American television in 1951 to positive reviews from audiences.

The program was quite popular in America and ran well for seven years. Vivian continued to play the same character in TV shows and specials long after the series ended. Vivian reprised her role as Ethel Mertz in “Texaco Star Theatre” in 1954. She played Ethel in “The Lucy-Desi Comedy Hour” from 1957 until 1960.

With the television show “The Lucy Show,” Lucille Ball, who had previously played Vivian’s friend in “I Love Lucy,” made a reappearance. Vivian finally consented to star with her friend Lucille on the show, despite her initial reluctance. She asked the show’s creators to change the name of her character from Ethel to Vivian because she was sick of people calling her “Ethel.”

After the program concluded, Vivian received an offer to play a part in the 1965 movie “The Great Race.” Even though the picture was nominated for multiple “Academy Awards,” Vivian’s acting career suffered as a result. Vivian had a number of cameo appearances in the sitcom “Here’s Lucy” between 1968 and 1972. In TV episodes including “The Red Skelton Show,” “Guestward, Ho,” “Off to See the Wizard,” and “Rhoda,” she also made cameos.

She later provided the voice for the 1972 TV special “The Lorax.” She has had cameos on television in the movies “Getting Away from It All,” “The Great Houdini,” and “The Front Page.” She made one final appearance as the fictional Vivian (formerly known as Ethel) in the television program “Lucy Calls the President.” In 1978, she made her last appearance on television in “Sam.”

Vivian was the first actress to get the “Emmy Award” for “Outstanding Supporting Actress” in 1953. She received the prestigious honor of playing Ethel Mertz in “I Love Lucy.”

In 1954, 1956, and 1957, she was nominated for three additional “Emmy” awards for the same performance. After her passing, Vivian received a star on the “Hollywood Walk of Fame.”

Vivian was married four times and was in numerous relationships. She wed Joseph Danneck Jr. in 1928; they were divorced three years later. She married George Koch in 1933, but they later received a divorce. From 1941 through 1959, she was married to Philip Ober, her third husband.

An American actress and singer named Vivian Vance had a $10 million fortune. In July 1909, Vivian Vance was born in Cherryvale, Kansas, and she died in August 1979. The TV shows I Love Lucy and The Lucy Show featured Vance in the roles of Ethel Mertz and Vivian Bagley, respectively. In addition to Anything Goes, The Cradle Will Rock, Don’t Drink the Water, The Time of the Cuckoo, Barefoot in the Park, Arsenic and Old Lace, and other productions, Vance began her career as a theatrical performer. In the 1933 picture Take a Chance, she played her first uncredited film performance. From 1951 through 1957, Vance played Ethel Mertz in the television comedy I Love Lucy. From 1957 through 1960, she played the part again for The Lucy-Desi Comedy Hour. She played the character Clara Appleby on The Red Skelton Hour from 1960 until 1964. From 1962 through 1968, she played Vivian Bagley on The Lucy Show. Then, from 1968 until 1972, Vance played Vivian Jones on the TV show Here’s Lucy. She appeared in The Secret Fury, The Blue Veil, and The Great Race, among other films. In 1954, Vance took the the Primetime Emmy for Best Series Supporting Actress. In 1991, she received a star at 7030 Hollywood Boulevard on the Hollywood Walk of Fame. Vivian Vance passed away on August 17, 1979 from bone cancer at the age of 70.