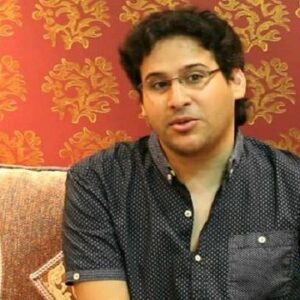 Waleed Abulkhair is a well-known lawyer and human rights campaigner in Saudi Arabia. He is the founder and director of the “Monitor of Human Rights in Saudi Arabia” (MHRSA), a daring and outspoken guy who openly advocates for human rights and political reform in Saudi Arabia. He is a staunch supporter of peaceful activism and a vocal opponent of Saudi Arabia’s human rights violations. Waleed was born into a well-known Hejazi family of judges and Imams of the Holy Mosque in Saudi Arabia, and he had an innate interest in the legal profession as well as concerns of human rights and social justice. He began his career as a legal professional after earning his Master’s degree in Islamic law from Jordan’s Alyarmook University. Later in life, he became interested in activism and gained notoriety for it when, in 2007, he defied Saudi authorities by signing a reform petition requesting that the governing government change from absolute monarchy to democracy. He became a prominent figure in human rights movement during the next few years, which irritated the Saudi regime. In 2014, he was tried under the new anti-terrorism law, found guilty on a number of crimes, and sentenced to 15 years in prison in what appeared to be an attempt by Saudi Arabian authorities to punish him for his activity.

He was born on June 17, 1979, in Jeddah, Saudi Arabia’s west coast. He comes from a Hejazi family of judges and Holy Mosque Imams. He was nurtured in a pious household and knew the Holy Quran off by heart. At a young age, he also had a strong social consciousness. He studied Arabic Language at King Abdu Aziz University and graduated with a Bachelor’s Degree in 2003. He also holds a license from Shaikh Obaid Allah Al Afqani and has been approved by the Holy Mosque in Madinah’s Teaching Board.

He began his legal career in 2007 when he joined lawyer Essam Basrawi’s firm and began working in his office. By this time, he had developed a strong interest in social engagement and was concerned about Saudi Arabia’s human rights situation.

In 2007, he signed a reform petition with several other activists, demanding that Saudi Arabia’s governing government change from an absolute monarchy to a democratic one. The ‘Features of a Constitutional Monarchy’ statement called for a system in which citizens have the right to vote in free elections.

As a lawyer, he represented a number of defendants, including Jeddah reformers Dr. Mossa bin Mohammed Al-Qarni, Dr. Saud al-Hashimi, and Dr. Abdul Rahman al-Shumaimri, who were detained in February 2007.
He defended persons who had been detained by Saudi authorities without probable cause because of his strong conscience. In truth, he was recruited by the British Embassy in Saudi Arabia to represent one of its citizens who had been detained by Saudi officials.

He then proceeded to Jordan to pursue his education, graduating from Alyarmook University in 2009 with a master’s degree in Islamic law. His thesis, titled ‘Affinities and Differences in the Evidences, Reasons, and Judgments: a Consolidating applicable and Comparative Study,’ was supervised by Dr. AbdulJaleel Zuhair Thamrah.
He is a peaceful activist who believes in using nonviolent tactics to raise awareness about human rights concerns. He organized what he dubbed “the first hunger strike movement in Saudi Arabia for human rights,” which lasted 48 hours, in order to seek the release of several political detainees held by the Saudi authorities.

He established the MHRSA (Monitor for Human Rights in Saudi Arabia), an independent human rights group, in 2008. Saudi officials, on the other hand, have disabled the Monitor website and its Facebook page. As a result, Waleed Abulkhair registered and licensed the Monitor with the Canadian Ministry of Labor in 2012, making it the first Saudi human rights organization to do so.

His growing interest in human rights activities did not sit well with Saudi authorities, and he began to face numerous trials as a result of his efforts. Several minor charges were leveled against him, and the Saudi king issued a decree declaring these allegations to be tantamount to terrorism.

After being tried under the new anti-terrorism law and convicted on a number of crimes, he was sentenced to 15 years in jail by a Saudi court in July 2014. He was also given a 15-year travel ban after completing his sentence.

In 2013, he was given the Olof Palme Prize in appreciation of his tireless and unselfish efforts to promote respect for human and civil rights for both men and women. His honor was accepted on his behalf by his wife.

Waleed Abulkhair took up the case of Samar Badawi, a Saudi woman who was imprisoned for seven months for refusing to follow her father, who verbally and physically abused her and forbid her from marrying. Waleed fought for her in court and started a social media campaign to get her released. She was finally released from jail after a few weeks as a result of his tireless efforts. The couple had fallen in love by this point and were planning to marry. His wife has also taken up the cause of human rights.

Waleed Abulkhair is one of the wealthiest civil rights leaders and one of the most well-known. Waleed Abulkhair’s net worth is estimated to be $1.5 million, according to Wikipedia, Forbes, and Business Insider.