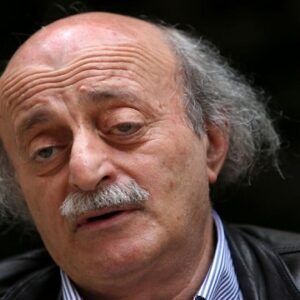 Walid Jumblatt is the current head of the Progressive Socialist Party (PSP) in Lebanon (PSP). He is a member of the Druze clan, which is a Shia Islam offshoot. He worked as a reporter for the An Nahar newspaper before entering politics. He soon entered politics, though, and rose to become the face of Lebanon’s powerful Druze clan. In order to challenge President Amine Gemayel’s leadership, he founded the National Salvation Front, which was sponsored by Syria. This front was also founded in order to challenge the US-backed accord between Lebanon and Israel. He was appointed as the minister of public works, transportation, and tourism in Prime Minister Rashid Karami’s government. Throughout his political career, he became deeply involved in Syrian politics and formed close ties with a number of key leaders in the country. When Jumblatt directly challenged the Syrian government and the Lebanese Shiite party Hezbollah, he sparked a great uproar. He enjoys painting and photography, in addition to politics.

Walid Jumblatt was born in Lebanon’s Moukhtara district on August 7, 1949, into the distinguished Jumblatt dynasty.

His father, Kamal Jumblatt, was a well-known politician and the founder of the Progressive Socialist Party, a socialist political party (PSP). Jumblatt was also Prince Shakib Arslan’s maternal grandson.

He graduated from the University of Beirut with a degree in political science and public administration in 1982. He later worked for the An Nahar newspaper as a reporter.

After a few years as a reporter, Jumblatt decided to pursue politics as a vocation and quickly joined the Progressive Socialist Party.

When Amine Gemayel was elected President of Lebanon in 1983, Jumblatt, Suleiman Frangieh, and Rashid Karami created the National Salvation Front.

This front was founded with Syria’s help in order to oppose the President’s rule as well as the Lebanese-Syrian accord, which received financial support from the US. During this time, he received a lot of help from Nabih Berri, the leader of the Amal Movement.

Jumblatt was once a pro-Syrian supporter. After Syria’s president, Hafez Assad, died in 2000, he lobbied for the country’s grip over Lebanon to be relinquished.

After Bashar al-Assad seized power in Syria, his strong ties with the Syrian old guard deteriorated. As a result, he was placed against then-Lebanese President Émile Lahoud and the Shiite Hezbollah movement in Lebanon.

Jumblatt is now the Chairman of the Progressive Socialist Party (PSP) (PSP).
Jumblatt and his PSP party have been anti-Assad since the beginning of the Syrian Civil War.

Jumblatt has had three marriages. His first marriage was to a well-known Iranian actress who was several years his senior. Jumblatt’s father, on the other hand, as opposed to the marriage.

His second marriage was to Gravette Gigi, a Circassian woman from Jordan. Taymour was the couple’s firstborn child.

He is currently married to Nora Sharabati. She is the daughter of Syria’s former Defense Minister, Ahmed Al-Sharabi. Aslan and Dallia are the couple’s two children.

Walid Jumblatt is a Lebanese politician who serves as the country’s president and chairman. Walid Jumblatt’s net worth is believed to be $ 83 million.

Walid Jumblatt was barely twenty years old when he married for the first time.
Jumblatt’s friends claim that he is immensely proud of his Kurdish roots.