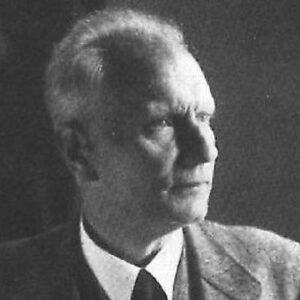 Walther Gerlach was a brilliant nuclear physicist from Germany in the late 1800s. He received his education at the University of Tübingen and began aiding his PhD advisor even before receiving his degree. During World War I, he got his Habilitation while serving in the German army. After the war, he went to the University of Frankfurt am Main, where he and Otto Stern worked on atom deflections in non-homogeneous magnetic fields and co-discovered the Stern-Gerlach Effect. He afterwards returned to his alma mater and enrolled in Munich’s Ludwig Maximilians University. During the Third Reich, he also held a number of key positions. He was incarcerated by Allied forces after the war, first in France, then in Belgium, and eventually in England. He became a visiting professor at the University of Bonn after being granted permission to return to Germany, and subsequently was appointed as the Ordinarius Professor of Experimental Physics at the University of Munich. He held numerous distinguished posts during this time as well, and was awarded Pour le Mérite by the German Federal Government for his outstanding achievements near the end of his life.

Walther Gerlach was born in Biebrich am Rhein, which is today a municipality in Western Germany, on August 1, 1889. Valentisn Gerlach, his father, was a doctor. Marie Niederhaeuser was his mother’s name.

Gerlach began his studies at Tübingen’s Eberhard Karls University in 1908. He began his doctoral thesis on radiation measurement at the same university after graduation. His PhD tutor was the prominent German physicist Louis Karl Heinrich Friedrich Paschen. In 1912, he obtained his doctorate.

Gerlach then began work on his Habilitation at Tübingen University. From 1911, he had been working as Paschen’s assistant. Despite his job for Habilitation, he continued to help Paschen at the lab.

All of this was cut short when World War I broke out, and Gerlach was drafted into the German army. He was now assigned to work on wireless telegraphy under Max Wein, the director of the University of Jena’s Institute of Physics.

He got his Habilitation in 1916 and went on to work as a Privatdozent at the University of Tübingen and later the Georg-August University of Göttingen. He also served in the Artillerie-Prüfungs-Kommission (APK) under Rudolf Ladenburg at some point during the war.

A Career of Walter Gerlach

When the war ended in 1918, Gerlach was decommissioned. He became the head of the physics laboratory of Farbenfabriken Elberfeld in 1919 and remained there until 1920.

He began working as a teaching assistant and lecturer at Frankfurt am Main’s Johann Wolfgang Goethe University in 1920. The following year, he was named Extraordinarius Professor at the same university’s Institute of Experimental Physics.

He had met Otto Stern, who was working as an assistant at the University’s Institute of Theoretical Physics at the time. The two scientists started working on spin quantization together.

In 1921, the first experiment was carried out with an electromagnet that allowed the magnetic field to be gradually turned on from a null value. Stern, on the other hand, acquired his first academic position in the same year and moved to the University of Rostock. Gerlach remained to finish the experiment.

In 1929, he was invited to become an Ordinarius Professor at Ludwig Maximilians University in Munich. He eagerly accepted the position and stayed until 1945.

Meanwhile, as Germany prepared for World War II, Gerlach was appointed to the supervisory board of the Kaiser-Wilhelm-Gesellschaft zur Förderung der Wissenschaften (Kaiser Wilhelm Institute of Chemistry), a scientific institute founded in 1911. It began conducting scientific tests for the Nazis during Hitler’s reign.

He was elected to the Comerlin working group that worked with ship degaussing in 1939, a procedure that intended to reduce or eliminate the magnetic signature of ships. Furthermore, the committee dealt with torpedo physics.

Gerlach was appointed to the Reichsforschungsrat (Reich Research Council) as head of the physics division and Bevollmächtigter of nuclear physics in 1944. He had plenipotentiary or absolute power in the latter position.

The German Instrument of Surrender was signed on May 8, 1945, and World War II in Europe came to a conclusion. Gerlach, along with a number of other scientists, was apprehended by Allied forces as part of Operation Alsos in the same month.
His kidnappers were mostly interested in learning about Germany’s scientific progress. Gerlach was detained in France and subsequently Belgium from May to July 1945.

Later, on July 3, 1945, he and nine other scientists were deported to England and imprisoned in Farm Hall, a bugged home in Godmanchester near Cambridge, until January 3, 1946, as part of Operation Epsilon. These eleven scientists were suspected of being involved in Germany’s creation of an atomic bomb.

The main purpose of Operation Epsilon was to listen in on Nazi Germany’s conversations to see how close they were to building an atomic bomb. As a result, the scientists were free to speak freely at Farm Hall, and their conversations were recorded using hidden microphones.
Gerlach was let free in January 1946 once it became evident that Germany did not possess an atomic bomb. He then went to Germany to teach at the University of Bonn as a visiting professor.

Gerlach held a number of significant posts at the same time. He was the founding president of the Fraunhofer-Gesellschaft, an institute dedicated to the advancement of applied sciences, from 1949 to 1951.

Gerlach was also elected vice-president of the Deutsche Gesellschaft zur Erhaltung und Förderung der Forschung in 1949. (German Association for the Support and Advancement of Scientific Research). He was in charge until 1961.
Gerlach, along with seventeen other renowned nuclear physicists from Germany, signed the Göttingen Manifesto in 1957. They pledged not to arm the Federal Republic of Germany with nuclear weapons through this declaration.

The Stern–Gerlach experiment, conducted in 1922, is Gerlach’s most famous work. The experiment was carried out in collaboration with Otto Stern. They used a non-uniform magnetic field to send silver atoms through. The atoms were deflected and split into two beams when they collided with a glass plate. The results of this experiment were reported in the German scientific journal ‘Zeitschrift für Physik.’
Gerlach’s contributions to the domains of radiation, spectroscopy, and quantum theory were also significant.

Walther Gerlach was awarded Pour le Mérite in 1970 for his contributions to physics. It is one of Germany’s highest Orders of Merit, bestowed by the government in honor of exceptional personal achievement.

Gerlach died in Munich on August 10, 1979.
Despite the fact that the spin quantum theory has progressed much after his discovery, he is still known as one of the authors of the ‘Stern-Gerlach Effect.’ His work in this area was the first to experimentally confirm the spin quantization theory. More importantly, it opened the ground for future advances in modern physics.

The net worth of Walter Gerlach is unknown.

The ‘Stern-Gerlach Effect’ was not mentioned in Otto Stern’s Nobel Prize in Physics citation from 1943. This was primarily done to deprive Gerlach of any credit for his continuous labor in Nazi Germany.