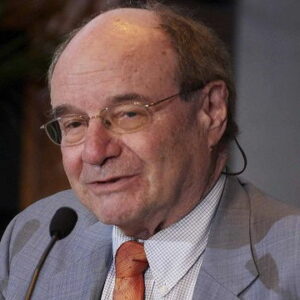 Walter Gilbert is a biochemist and physicist from the United States. In 1980, he shared the Nobel Prize in Chemistry. He is also known all over the world as a leader in molecular biology. As the son of a well-known economist and a psychologist, he grew up in a place that challenged his mind, and he became a voracious reader as a result. He liked science from a young age and joined a minerological society and an astronomical society when he was a young boy. He was interested in inorganic chemistry and nuclear physics when he was in high school. He was a great student, so it was easy for him to get into Harvard, where he got a degree in physics. Then he went to Cambridge University to get his Ph.D. in Physics. He did this under the guidance of Nobel Prize winner Abdus Salam. He went back to Harvard to start his career as a teacher and became a lecturer in physics. Before becoming the American Cancer Society Professor of Molecular Biology, he worked as an assistant professor of physics, an associate professor of biophysics, and a professor of biochemistry. Besides being a professor, he also helped start the biotech companies Biogen and Myriad Genetics. He has many sides to his personality, and after he retired, he started an art career based in digital photography.

Walter Gilbert was born in Boston, Massachusetts, on March 21, 1932. Richard V. Gilbert, his father, was an economist and later worked for the Office of Price Administration during World War II.
As a young boy, he joined a mining society and an astronomy society. While he was in high school at Sidwell Friends, he became interested in inorganic chemistry and nuclear physics.

Walter Gilbert went back to Harvard in 1958 and became a lecturer in physics. In 1959, he was given a promotion and became an assistant professor of physics. In the years that followed, he taught a wide range of courses in theoretical physics and worked on problems in theory with graduate students.

He did important research on RNA and DNA to come up with a way to read the nucleotide sequences of DNA segments using gel electrophoresis. Together with Allan Maxam, Gilbert also came up with a new way to sequence DNA.

In 1979, he got together with a group of other scientists and business people to start Biogen, a company that does research on genetic engineering for profit. He was put in charge of the company’s board of directors for the first time. He resigned from Biogen in 1985.

In the 1980s, he was one of the first people to support sequencing the human genome. He also backed the Human Genome Project, which was funded by the government and aimed to make a complete map of the gene sequences in human DNA.

He also suggested starting a company called Genome Corporation to sequence the genome and sell access to the information.

He is also a member of The Scripps Research Institute’s Board of Scientific Governors and has led the Harvard Society of Fellows.

Walter Gilbert was one of the most important people who helped figure out the order of the bases in nucleic acids. Together with Allan Maxam, Gilbert used chemical methods created by Andrei Mirzabekov to come up with a new way to sequence DNA. He also came up with a way to read the nucleotide sequences of DNA segments using gel electrophoresis.

In 1979, Columbia University gave Gilbert and Frederick Sanger the Louisa Gross Horwitz Prize. He also got the Gairdner Prize and the Albert Lasker Award for Basic Medical Research in the same year.

In 1980, Walter Gilbert and Frederick Sanger shared one-half of the Nobel Prize in Chemistry “for their work on figuring out the order of bases in nucleic acids.”

The other half went to Paul Berg “for his fundamental studies of the biochemistry of nucleic acids, with a focus on recombinant DNA.”
He was given the Biotechnology Heritage Award in 2002.

Since 1953, he has been married to Celia Stone, and they have two kids.

Walter is on the list of the most popular and wealthiest biologists. Wikipedia, Forbes, and Business Insider all say that Walter Gilbert has a net worth of about $1.5 million.