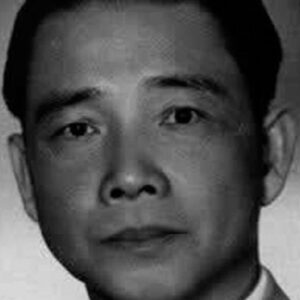 Wang Jingwei (Wang Ching-wei) elicits strong emotions in those who are familiar with Chinese modern history. It is still debatable whether he was a revolutionary, a traitor, or a patriot. In the early years of his political career, he worked closely with right-wing nationalist leader Sun Yat-sen, and in the late 1930s, he became the head of the administration to rule the Chinese area held by the Japanese. He was a member of the Kuomintang’s (KMT) left-wing at first but eventually became an anti-communist. After joining the Japanese, his political goals and thoughts shifted to the right. Due to an assassination attempt on Prince of Chun, his anti-Qing activities put him in prison, but once he was released, he became a national hero. His writing abilities enabled him to spread his message far and wide, and he ascended to the position of indisputable leader. Wang’s intimate ties to the Japanese as a result of his longtime enmity with Chiang Kai-shek earned him the ignominious label of traitor, but he didn’t care and did what he thought was right. Despite the fact that no Chinese historian disputes his pivotal role in the Xinhai Revolution, his love for China is questioned due to his commitment to the imperial Japanese authority. He had a life marked by aggressiveness, political instability, and absolute anarchy, yet he created poetry about love, life, and patriotism.

Wang Jingwei was born on May 4, 1883, in Sanshui, Guangdong, China, to Wang Zhaoming (Wang Chao-ming) and received his early schooling there. He excelled in school and went to Japan for additional education in 1903. Ironically, his education was funded by the Qing dynasty, which he would eventually loathe.

Wang was dissatisfied with his studies and displayed an interest in politics, as well as a dislike for western exploitation of Chinese resources. He opposed the Qing Dynasty because it was too weak to deter western powers, and in 1903 he joined Tongmenghui to attack the Qing Dynasty.

In Japan, he met Sun Yat-sen and admired him so much that he became his close partner and helper. Meanwhile, he was an ardent supporter of Russian anarchism, which he had studied extensively.

His attempted assassination of Prince Chunin in 1910 was deemed treasonous, and he was sentenced to prison. However, he admitted in court that his wrath had led him astray and that he felt sorry. He was spared a life sentence as a result of this, and he was released in 1911.

During his time in prison, the Wuchang Uprising was at its peak, and when he was released, he was lauded as a national hero. Wang became closely affiliated with Minguo (the republic) after its foundation was laid in 1912. He remained Sun Yat-right-hand sen’s man and remained a tremendous admirer of him.

Communists began to flock to Wang in support, but he loathed them and expelled them in 1927. As a result, the majority of the Nationalist Party’s left-wing members joined forces with Chiang, a challenger to Wang.

Throughout this time, Wang was outspoken about his opposition to communist ambitions pursued by both friends and opponents. In various speeches and pronouncements, he stated that a communist can never be a true patriot, a declaration that prompted the communist left-wing groups to turn against Chiang, who was also purging communists.

Nanjing was Chiang’s choice for the Chinese Republic’s capital, whereas Wuhan was Wang’s choice. In China, this ideological divide between two superpowers was dubbed the ‘Ninghan Separation.’

Chiang was successful in capturing Shanghai in mid-1927, and his careful purge of communists proceeded, but it was more violent than peaceful. His efforts to delegitimize Wang’s party were partially successful, as the communist administration fell apart and Chiang rose to become the sole head of the newly created Republic.

Wang was not discouraged, and he joined up with various anti-Chiang movements to overthrow him, but he was ultimately unsuccessful, earning Chiang’s admiration in the process.

Although Wang’s sensibilities were still anti-Chiang, it wasn’t as much the other way around, and when he needed it, Chiang offered him a respectable position in the administration. However, their beliefs frequently clashed, leading Wang to go into exile.

When Wang visited Hitler in Germany, Chiang recognized his error and stated that they both needed to work together in an alliance to prepare for the impending war with Japan.

Wang believed that China was too economically destitute to afford a war with Japan and that enlisting the help of the Soviet Union, the United States, or Britain would lead to colonization, which he wished to avoid at all costs, whereas Chiang was ready for all-out war.

When the war broke out in 1937, Japan occupied a large portion of coastal China, as was planned. Pessimism overtook Wang, and he signed a peace treaty with Japan, claiming that the Asian powers needed to unite in order to counteract the West’s expanding dominance.

KMT attempted to assassinate Wang on several occasions, including when he went to Shanghai to make peace with the Japanese. In March 1940, he founded his own political organization, the ‘Reorganized National Government of China,’ and he referred to Japan as an ally, praising its role in bringing peace to Asian regions.

Back in China, his interactions with German Nazis and Italian imperialists caused a lot of commotion.

Wang was ailing for years after a wound he received during an assassination attempt in 1939, and when he went to Japan to get it treated, he died of fever and pneumonia in November 1944, exactly a year before Japan surrendered in WWII. Wang was afterward buried near the Sun Yat-sen Mausoleum in Nanjing.

When Japan lost the war, Chiang relocated his capital to Nanjing and desecrated Wang’s grave. His body was never discovered.

After 20 years, a manuscript titled ‘How I Feel in My Last Moment’ appeared in Hong Kong in 1964, claiming to be Wang’s final piece of writing, but its validity is disputed.

Wang Jingwei was married to Chen Bijun and had six children with her. While many of his comrades did enjoy the company of women from time to time, he was described as an attractive, charming man who was honorable enough to never betray his wife.

Wang’s main source of income is a celebrity. We now lack sufficient information about his family, relationships, childhood, and other aspects of his life. His net worth is $1 million dollars.