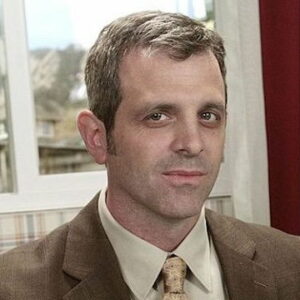 American television writer, producer, and actor Warren Keith Lieberstein works in the industry. He has developed into one of the most important figures in the entertainment business throughout the course of his career. Following in the footsteps of his actor brother Paul, Lieberstein made his acting debut in the critically praised drama “Sleepover” in 1995. Lieberstein grew up in a family where having a Hollywood dream wasn’t seen as unreasonable. He then started his writing career with the short-lived sketch comedy “Hype” and followed that up in 2003 by penning a few episodes for Will Smith’s well-liked sitcom “All of Us.” His skill and reputation as a writer were further strengthened by his work on shows like “Modern Men” and “Carpoolers.” He joined his brother on the fifth season writing crew of the hugely successful comedy series “The Office” in 2009. At the beginning of the sixth season’s filming, he was promoted to producer. He has recently written and worked as a consultant producer for the comedy series “Hit the Road” on Audience.

In John F. Sullivan’s film “Sleepover,” where he portrayed a character named Justin, Warren Lieberstein made his acting debut. The 1995 movie, which could have been just another independent teen drama with the same tired tropes, was distinguished by the director’s ability to keep the audience on the edge of their seats the entire time.

In 1999, Lieberstein voiced the character Bills Are Had to Be Broken in the Fox animated sitcom “King of the Hill” and made an appearance in the drama episode “Truth or Consequences” of The WB’s drama series “Hyperion Bay.” In the 2011 episode of “The Office,” “Goodbye, Michael,” he also made a cameo as Rory Flenderson, the brother of Toby Flenderson (played by his real-life brother Paul).

The first project for which he served as the writer was the sketch comedy “Hype” on the WB. Even though the show was short-lived (just one season), it helped him get recognition as a comedy writer, much like Paul, who entered the field a year earlier.

Then he wrote two episodes of “All of Us” on UPN. I Saw Tia Kissing Santa Clause and Birthdaze were both episodes that aired in 2003. He contributed to Second Time Around on UPN during the 2004–05 television season, another ephemeral sitcom. He contributed to the writing team for The WB’s “Modern Men” as well (2006).

His subsequent endeavor was the ABC single-camera comedy “Carpoolers,” for which he penned the teleplay “Lost in America,” two episodes, “Down for the Count,” and “Fist Fight.” In the fifth season of “The Office,” Lieberstein was hired as a writer, penning the episodes “Cafe Disco,” “Koi Pond,” “Whistleblower,” “China,” “After Hours,” “Turf War,” and “Paper Airplane” (2013).

For his writing involvement in the program, he was nominated for a Writers Guild of America award. Lieberstein worked as a producer on this NBC mockumentary series starting in the fifth season.

Throughout its one-season run, he co-executive produced and authored multiple episodes of ABC’s “Back in the Game.” In 2017, he worked on the first season of Audience’s “Hit the Road” as a writer and consultant producer.

Lieberstein was born on September 20, 1968, to Judith and Stanley Lieberstein in Westport, Connecticut. Paul, his older brother, is a playwright, actor, and television producer who has won Primetime Emmy awards. Additionally, he has a sister named Susanne who is wed to renowned television author Greg Daniels. Susanne is three years Susanne’s a junior at Warren. He graduated in 1986 from Westport’s Staples High School.

He has had two marriages. On June 18, 2000, he wed actress Angela Kinsey, who would become his first wife. Kinsey gave birth to their daughter, Isabel Ruby, on May 3, 2008. In February 2009, it was revealed that Lieberstein and Kinsey were no longer cohabitating. In June 2010, Kinsey filed for divorce, citing “irreconcilable disagreements.”

Both of them have since remarried, but they have managed to maintain a cordial friendship for the benefit of their child.

Later, he married Audrey Wauchope, a fellow television producer, and writer. Together, they are the parents of two daughters: Sadie Hope was born in January 2017 and Hazel Flora was born in September 2014. California’s Los Angeles is home to the family. Halsted Sullivan, Trivia Lieberstein’s most consistent writing partner, and Trivia Lieberstein co-wrote a substantial portion of his work.

One of the wealthiest and most well-known screenwriters is Warren Lieberstein. The sources we looked at—Wikipedia, Forbes, and Business Insider—estimated Warren Lieberstein’s net worth to be around $1.5 million.