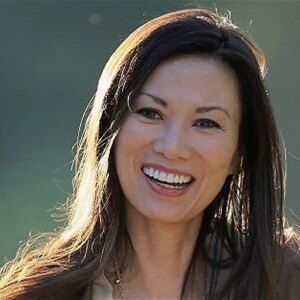 Wendi Deng Murdoch is a Chinese-American entrepreneur, actress, and producer who is best known as the ex-wife of Rupert Murdoch, Chairman and CEO of News Organization, an American multinational mass media corporation. Deng grew up in China, where she graduated from high school and went on to Guangzhou Medical College. However, after meeting American businessman Jake Cherry and his wife, Deng put her medical studies on hold and traveled to America with them on a student visa. Deng was a brilliant student who attended California State University, Northridge and graduated with a bachelor’s degree in Economics. She then went on to Yale School of Management, where she earned an MBA. She began her career as an intern at News Corp’s Hong Kong unit of Star TV, where she later became a full-time junior executive. She assisted in the development of Star TV’s music channel, the distribution network for Channel V in China, and the planning of Star TV’s operations in China and Hong Kong. While her career life was taking a turn for the better with News Corporation, she married Rupert Murdoch. Their 14-year marriage, however, ended in divorce after accusations of Deng’s intimate relationships with Tony Blair arose.

Wendi’s Childhood and Youth Deng Murdoch was born Deng Wenge on December 8, 1968, in Jinan, Shandong, China, to Deng Dehui and Liu Xueqin, both engineers. She was the third daughter of four children. While still in her teens, she changed her name from Wenge to Wendi, which means’Cultural Revolution.’

Shortly after her birth, her family moved to Xuzhou, Jiangsu. Xuzhou First Secondary School was her alma mater. She became interested in volleyball while in school and began to devote more time to the sport, to the point that her academic supervisor, Mr. Qie, expressed concern that it would interfere with her academics and persuaded her to focus more on the University entrance examinations.

Her father’s career path led him to Guangzhou, where he worked as the Factory Director of People’s Machinery Works. After a short time, Deng’s family, including her father, arrived in Guangzhou. In 1985, she went to Guangzhou Medical College to study medicine.

In 1987, she met Jake Cherry and his wife, Joyce, an American businessman. Jake was in China on a temporary assignment to oversee the construction of a refrigerator plant. She gradually got to know the pair, with Joyce helping her with her English.

She dropped out of Guangzhou Medical College before finishing her studies in 1988 and proceeded to the United States on a student visa sponsored by the Cherrys, who accompanied her and gave her sanctuary in their home in the United States.

She enrolled in California State University, Northridge, where she quickly rose to the top of her class and earned a bachelor’s degree in economics.
She then went on to Yale University’s graduate school, Yale School of Management, in Connecticut, where she earned her MBA.

She stumbled upon Bruce Churchill, who was handling corporate development and finance at the Los Angeles branch of ‘Fox TV’, when looking for a proper opening after graduating from Yale School of Management.
Churchill offered her a job as an intern at News Corp’s Hong Kong department of ‘Star TV,’ which she accepted. Her outstanding performance earned her a full-time position as a junior executive over time. She worked in this capacity for ‘Star TV’ in China and Hong Kong, where she planned operations.

She assisted in the development of the distribution network for Star’s music channel, ‘Channel V,’ in China, as well as researching interactive television potential for News Digital Systems.
In July 2005, Murdoch’s ‘News Corporation’ paid USD 580 million for the social networking site ‘MySpace,’ making it one of the company’s first large internet purchases.

Deng, who had married Murdoch by then, was the chief of strategy for ‘MySpace’ in China until it was purchased by ‘Specific Media’ in June 2011. She also held the position of director of the holding company that licensed the ‘MySpace’ brand and technology to its China subsidiary.

She was the driving force behind Murdoch’s internet investments in China, which totaled between $35 and $45 million. She also assisted in the formation of Chinese corporate partnerships in the pursuit of high-speed internet and video connectivity.

On July 15, 2011, she made her debut as a producer with the historical drama film ‘Snow Flower and the Secret Fan.’ The film, which starred Gianna Jun, Hugh Jackman, Archie Kao, and Vivian Wu, was based on the same-titled novel by Lisa See.

On July 19, 2011, she retaliated against Jonathan May-Bowles (comedian Jonnie Marbles) for throwing a pie at Murdoch during his appearance before a British parliamentary committee investigating the News International phone hacking incident. For such an act, May-Bowles was sentenced to six weeks in prison.
She co-produced the documentary film ‘Sky Ladder: The Art of Cai Guo-qiang,’ which was released on October 14, 2016.

Joyce discovered that Deng and Jake were having an affair while Deng was staying with Jake and Joyce Cherry in their San Fernando Valley home. Deng, on the other hand, was 30 years his junior. Following that, Joyce showed Deng the door, but Jake followed him, and the two married in 1990.

Deng obtained a green card as a result of her marriage to Jake, but the couple divorced after two years and seven months of marriage. Jake later stated that they dated for 4 to 5 months until he found out she was seeing David Wolf, a man in his mid-20s.

In 1997, while working in Hong Kong for Star TV, she met Rupert Murdoch. Both of them grew closer over time. Murdoch divorced his second wife, Anna Murdoch, in June 1999, and on June 25, on his yacht ‘Morning Glory,’ the 68-year-old Australian-born American media baron married Deng after 17 days.

Many of Murdoch’s close acquaintances and family members have referred to her as a “money digger” because of her marriage to him. Grace (born in 2001) and Chloe (born in 2003) are her two daughters with him.
In June 2013, Murdoch filed for divorce from Deng in New York City, citing irreconcilable differences, as verified by a ‘News Corporation’ representative on June 13 of that year.

Murdoch ended his connection with Tony Blair, the godfather of Murdoch’s daughter Grace, because he suspected Blair and Deng were having an affair. Murdoch probed his workers at his various properties about Deng and Blair after hearing allegations of their romantic associations in 2012, according to a report published on February 5, 2014 in ‘The Daily Telegraph.’

Wendi Deng is a Chinese American businesswoman with a $100 million net worth. Wendi Deng was born in December 1968 in Jinan, Shandong, China. She is most known for being Rupert Murdoch’s third wife and the chairman and CEO of News Corporation.