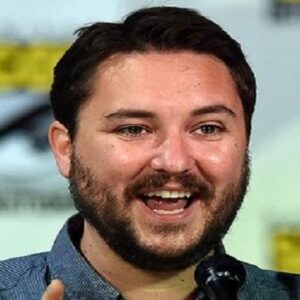 Wil Wheaton (born Richard William Wheaton III) is an actor, voice artist, and writer from the United States. The versatile actor is most known to television audiences for portraying ‘Wesley Crusher’ in ‘Star Trek: The Next Generation,’ an American science-fiction television series based on Gene Roddenberry’s Star Trek franchise. Wil has appeared in over 35 television shows during his long acting career, primarily as a guest or in special appearances. He has also appeared in a number of popular television shows, including ‘Leverage,’ ‘Eureka,’ and ‘Powers.’ Wheaton has appeared in over forty films (including short films and TV shows), including ‘Stand by Me,’ ‘Toy Soldiers,’ ‘Flubber,’ and ‘The Day Lincoln Was Shot,’ among others. Wil is a well-known personality in the animation industry, having been in a number of animated series and lending his voice to a number of well-known cartoon characters throughout the years. ‘The Legend of Prince Valiant,’ ‘Teen Titans,’ ‘Avatar: The Last Airbender,’ ‘Ben 10: Alien Force,’ ‘Naruto,’ ‘Ben 10: Ultimate Alien,’ ‘Redakai,’ and ‘Ben 10: Omniverse,’ are among his animation credits. He has also provided voice to various characters in games such as ‘Grand Theft Auto: San Andreas,’ ‘Tom Clancy’s Ghost Recon 2’, ‘Tom Clancy’s Ghost Recon Advanced Warfighter 2’, ‘Ben 10 Alien Force: Vilgax Attacks,’ ‘Grand Theft Auto V,’ and ‘Code Name: S.T.E.A.M.,’ among others.

Richard William Wheaton III was born on July 29, 1972, in Burbank, California, to medical expert Richard William Wheaton and actress Debra Nordean. He has two siblings, Jeremy and Amy, the latter of whom co-starred with him in the 1987 film ‘The Curse.’
Wil began his acting career at the age of seven, with multiple appearances in major brand advertisements. In a commercial for ‘Jell-O Pudding Pops,’ he appeared alongside comedian Bill Cosby. Wil began to obtain more possibilities in the entertainment business after the early success of these ads.

Wil Wheaton made his television acting debut in 1981 in the television film ‘A Long Way Home,’ in which he played the character of ‘Donald Branch.’ He made his debut as ‘Amos Cotter’ on the American anthology series ‘CBS Afternoon Playhouse’ for teenagers a year later.
Wil appeared in a number of films and television episodes over the years, including ’13 Thirteenth Avenue’ as ‘Willie,’ ‘The Last Starfighter,’ ‘The Buddy System,’ as ‘Tim,’ ‘Highway to Heaven,’ as ‘Max,’ ‘St. Elsewhere,’ as ‘Ehrich Weiss / Harry Houdini,’ and ‘Family Ties,’ as ‘Tim
Wil was cast as ‘Wesley Crusher’ in ‘Star Trek: The Next Generation,’ an American science-fiction television series based on Gene Roddenberry’s Star Trek franchise, in 1987. Brent Spiner, Patrick Stewart, LeVar Burton, Jonathan Frakes, Denise Crosby, Gates McFadden, and Marina Sirtis appeared alongside him in the series. Between 1987 through 1994, he was one of the show’s main characters.
In the years that followed, he played a number of significant roles, especially in films. Aside from making countless guest appearances on other shows, he has had a few big parts on television. In 1991, he acted opposite Sean Astin, Louis Gossett Jr., Mason Adams, Andrew Divoff, and Denholm Elliott in the American action drama film ‘Toy Soldiers,’ directed by Daniel Petrie Jr.
He acted in many films in the late 1990s and early 2000s, including ‘The Liars’ Club,’ ‘Pie in the Sky,’ ‘Flubber,’ ‘Fag Hag,’ ‘Jane White Is Sick & Twisted,’ ‘Neverland,’ and ‘Americanizing Shelley.’
He also appeared in a number of notable independent films and television shows, including ‘It Was Him or Us,’ ‘The Day Lincoln Was Shot,’ ‘Book of Days,’ ‘Four Fingers of the Dragon,’ and ‘Loki and SageKing Go to GenCon,’ as well as guest appearances on ‘Guys Like Us,’ ‘CSI: Crime Scene Investigation,’ ‘Numb3rs,’ ‘Criminal Minds,’ and

Working as a Voice Artist

Wil Wheaton has worked in the animation industry since the early 1980s, and is a huge fan of the medium. He has voiced a number of well-known cartoon characters in both films and television shows. ‘The Legend of Prince Valiant’ (Prince Michael / King Michae), ‘Teen Titans’ (Aqualad), ‘Legion of Super-Heroes,’ ‘Ben 10: Alien Force’ (Mike Morningstar / Darkstar), ‘Naruto’ (Menma), ‘Ben 10: Ultimate Alien,’ ‘Redakai,’ and ‘Ben 10: Omniverse’ are among his animated works
He is well-known for his love of video games, and as a result, he has voiced characters in some of the most popular titles. Between 2004 and 2015, he voiced characters in video games such as “Grand Theft Auto: San Andreas” (Richard Burns), “Tom Clancy’s Ghost Recon 2,” “Tom Clancy’s Rainbow Six: Lockdown,” “Tom Clancy’s Ghost Recon Advanced Warfighter,” “Tom Clancy’s Ghost Recon Advanced Warfighter 2,” “Grand Theft Auto: Liberty City Stories,” “Grand Theft Auto: Vice City Stories

‘Wesley Crusher’ from ‘Star Trek: The Next Generation’ is Wil Wheaton’s best work to date among his many television roles. Between 1987 until 1994, he played the character on the show. Later in the ‘Star Trek’ world, he resumed the recurrent character in a number of films and documentaries. In the independent film world, he is well-known. He has been in a number of such films, the most recent of which was 2001’s ‘The Good Things.’ The film was inspired by the life of a disgruntled tollbooth worker named ‘Zach Means.’ The film won the Best Short Film award at the 2002 Deauville Film Festival.

Wil Wheaton won the Best Actor award at the Melbourne Underground Film Festival in 2002 for his outstanding performance in The Asylum’s comedy film “Jane White Is Sick & Twisted.”
In 2014, he won the International Academy of Web Television Awards for Best Hosted Series.

On November 7, 1999, Wil Wheaton married Anne Prince and adopted one of her two sons from a previous relationship.
Wil is a long-time supporter of the Los Angeles Kings ice hockey team and attends their games at the Staples Center on a regular basis.
He previously struggled with rage difficulties and now suffers from ‘generalized anxiety disorder’ and ‘chronic despair.’

Wil is a huge admirer of the Los Angeles Dodgers. He was Chris Hardwick’s UCLA roommate. He is a supporter of organizations that work to alleviate mental health issues. ‘391257 Wilwheaton’ is an asteroid named after him.