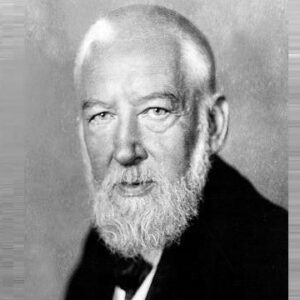 Wilhelm Ostwald was a famous Baltic German chemist who is known as the “father” of modern physical chemistry. In college, the work of his mentor Carl Schmidt inspired him to study general chemistry, even though most of his other classmates were studying organic chemistry. He first looked into the law of action of masses and the acid-base reaction. During his career, he worked in many academic positions. It was at the “Riga Polytechnicum” that he began to work on the theory of electrolytic dissociation. He moved to the University of Leipzig, where he made some of his most important contributions. This was a big step in his career. He came up with the “law of dilution,” which was a key finding in the field of dissociation theory. Ostwald’s law of dilution was the name given to this idea. Ostwald came up with the mole, which is a standard unit of measure. But the Ostwald Process for making nitric acid is probably the thing for which he is best known. The process was a key part of making nitrogen-based fertilizers on a large scale. Wilhelm spent his later years learning about color theory and working to make changes in education and society. Learn more about his life and works by reading on.

Wilhelm Ostwald was the second child of Gottfried Ostwald, who worked as a cooper, and his wife, Elisabeth Leuckel. He was born on September 2, 1853. Wilhelm had two brothers, and the whole family lived in Riga, which is the capital of Latvia.

His early education was in Riga, and then he went to the “University of Dorpat” for his higher education. In 1875, he got his bachelor’s degree. The next year, he did well enough to get his master’s degree.

Ostwald then went on to get his Ph.D. in chemistry. He worked on his dissertation with the help of the Russian chemist Carl Schmidt and got his Ph.D. in 1878.

Between 1875 and 1878, he studied physical chemistry because he thought scientists in Germany didn’t pay enough attention to it. At the time, they were mostly interested in organic chemistry. He spent a lot of time studying the law of mass action of water and the chemical affinity that happens when an acid reacts with a base.
Wilhelm then took a job as a teacher at the technical university “Riga Polytechnicum” in 1881.

During his time at Riga, he tried to find scientific proof to back up the dissociation theory, which was proposed by the famous Swedish chemist Svante Arrhenius in 1884. In the same year, he wrote his first book, which was called Lehrbuch der Allgemeinen Chemie and was about general chemistry.

In 1887, he started a scientific journal called Zeitschrift für physikalische Chemie. He was one of the first people to study physical chemistry (Journal of Physical Chemistry). He was the journal’s editor for almost twenty-five years. In the same year, he became the head of the physical chemistry department at the University of Leipzig.

As he kept working on the theory of electrolytic dissociation, he was able to find mathematical proof that shows the relationship between the degree of dissociation, the concentration of acid, and the unique equilibrium constant for each acid. In 1888, the idea was given the name Ostwald’s Law of Dilution.

The book “Outline of General Chemistry” (Grundriss der Allgemeinen Chemie) came out for the first time in 1889 and quickly became one of the most important general chemistry textbooks. In the same year, he also started the series “Classics of exact sciences,” which has since published more than 250 books.

In 1893, his third general chemistry book, “Handbook and manual for physiochemical measurements,” was published. Wilhelm was in charge of the department of physical chemistry at Leipzig University, where the “German Electrochemical Society” was founded the following year.

Ostwald came up with the word “mole,” which is used as a standard unit of measurement for chemicals, in the year 1900.

He didn’t believe in the atomic theory at first, but he came around when Jean Perrin did research on Brownian motion. The journal “Annals of Naturophilosophy,” which he started in 1902, looks at his ideas about “energetics” as opposed to the “particulate nature of matter.”

This famous chemist came up with the process for making nitric acid in 1902. The “Bosch Haber Process” for fixing nitrogen and the “Ostwald Process” changed how fertilizers and explosives were made because they made mass production possible.

After almost 20 years of work at the university, he would leave his job there in 1906. In the same year, he was chosen to be a member of the “International Committee on Atomic Weights,” a scientific group that evaluates atomic weights. After World War I, Ostwald lost his membership because he couldn’t talk to the committee.

At the end of his career, he was very interested in “color theory” and shapes. In this way, he wrote many scientific papers between 1904 and 1916, such as “Letters to a Painter” and “The Color Primer.”
He also worked to improve society and education, and he was a strong supporter of the “Monist” school of thought.

In 1911, Wilhelm was named President of the “Monistic Alliance.”
He also took part in the “Ido movement” and supported eugenics, euthanasia, and “Social Darwinism.”

Ostwald made a lot of important discoveries in chemistry, but his work on chemical equilibrium is without a doubt his most important contribution. He looked into the basic rules that control equilibrium in a chemical reaction and came up with formulas that are still used today to figure out how fast a reaction is happening.

In 1909, the Nobel Prize for Chemistry was given to the smart scientist who came up with the word “mole.” This was for his work on the balance of chemical reactions.

This well-known scientist died on April 4, 1932, after having problems with his prostate and bladder. He was buried in Leipzig. Later, his body was moved to the city of Riga’s Great Cemetery.

Wilhelm is one of the wealthiest chemists and is on the list of the most well-known chemists. Wikipedia, Forbes, and Business Insider all say that Wilhelm Ostwald has a net worth of about $1.5 million.