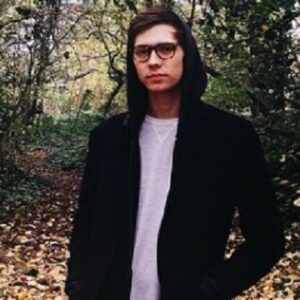 More Facts of Will Darbyshire

The multi-talented social media star Will Darbyshire is well-known for his work as a YouTube vlogger, filmmaker, motivational speaker, and author. Will’s self-titled YouTube channel features a strong selection of human psychology-related videos. Will’s voice, which is endowed with a soul, appeals to listeners of all ages. He has also written about contemporary human relationships. Will is renowned for his romance with Arden Rose, a fellow YouTuber. Will and Arden frequently appear in their gorgeous films setting relationship objectives.

Will Darbyshire wants to make movies. He’d always had a penchant for reading and writing. He writes out his opinions on many topics for the majority of his time. He initially made short movies and uploaded them to the video-sharing website Vimeo.

Then, he produced and filmed a short biographical movie about Erik Sprague, also referred to as “The Lizardman.” The short films “Garden Sale,” “The Popup,” and “Space” are some of Will’s other works. Additionally, he directed a documentary about Costa Rican coffee farm workers. After getting to know those farmers better on one of his sponsored excursions, he was moved to document the challenges they encountered.

Later, he had the chance to go to the Cannes Film Festival. The coffee company Nespresso financed his journey to France. In addition, he had the opportunity to evaluate a few budding filmmakers who had taken part in the original vertical video competition known as “Nespresso Talents 2017.”

Will essentially documents every occasion because he enjoys telling his story with his camera. Will is a creative individual who has strong ideas on a number of topics, which he frequently discusses with his admirers. His YouTube channel, which bears the same name, is crammed with videos in which he discusses numerous challenges that people, of all ages, encounter. He particularly enjoys talking about introverted people, depression, loneliness, peer pressure, relationships, exam phobia, and many other subjects. Millions of people love him for the way he articulates his ideas in a calm and clear manner.

Will has frequently discussed his friendship with Arden Rose. Arden Rose is another well-known YouTuber. Will seeks to express his opinions on contemporary romantic relationships through his videos. His book “This Modern Love,” which is a compilation of his personal experiences in romantic relationships, was even published. The book also contains the correspondence that Will had with his admirers through letters, emails, and talks.

Will was a gamer before he became well-known as a motivational blogger and book. Even his defunct YouTube gaming channel belonged to him. Will has a passion for animation and has become quite knowledgeable in video editing, which he heavily employs in all of his projects. Additionally, he offers video editing assistance to his pals and fellow YouTubers Jackson Harries and Finnegan Harries.

Individual Life of Will Darbyshire

On February 26, 1993, Will Darbyshire was born in England. William Robert James Darbyshire is his full name. Dan is the name of his younger brother. Will has never discussed his parents in public.

Will had aspirations of becoming an animator. He started a no longer-active YouTube gaming channel when he was 14 years old. But he learned a lot about video editing through the videos he posted on his gaming channel, and this is quite clear in all of his videos.

Will was identified as having dyslexia at school, which affected his ability to retain information and comprehend it. He had the chance to deal with these problems by reading literature and writing creatively. He sees himself as having a contradictory nature. Although he enjoys taking photos and filming movies, he despises being in front of the camera. Even though he has been a successful vlogger for some time, he still gets anxious while speaking in front of the camera.

Will loves to travel a lot. Travel, according to him, inspires and supports his creative side. He enjoys making new friends and gaining fresh perspectives through travel. He is in a relationship with Arden Rose, a gamer and videographer like him. When Arden registered herself at Derbyshire College, it is when they first met. Earlier, Arden was in a long-distance relationship that eventually ended. Will offered her emotional support after her breakup, which helped to establish their connection.

Will Darbyshire’s earnings and wealth

He offers his own goods and sells a range of goods.