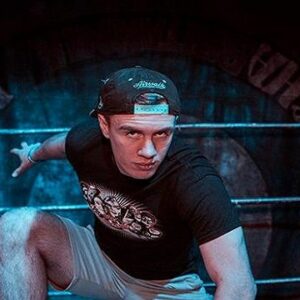 More Facts of Will Ospreay

William Peter Charles, professionally known as Will Ospreay, is a prominent English wrestler presently under contract with New Japan Pro-Wrestling (NJPW). He has multiple titles, including IWGP Junior Heavyweight Champion, ROH World Television Champion, and WCPW Tag Team Champion. Born in Havering, London, in the United Kingdom, he received training at the London School of Lucha Libre of Lucha Britannia. He has won the World Championship of Lucha Britannia twice. Ospreay debuted in ‘Progress Wrestling,’ where he performed brilliantly and ultimately became the Progress Champion. Later, he also began wrestling for Revolution Pro Wrestling, where, after defeating Mike Bailey, he won the Cruiserweight Championship within a few years. Ultimately, he joined New Japan Pro-Wrestling. He eventually won the IWGP Junior Heavyweight Championship by defeating Yujiro Kushida after enduring many obstacles. Later, he joined Ring of Honor and in his debut match, he defeated Bobby Fish to become the new ROH World Television Champion. However, two days later he lost the title. In his career thus far, he has also competed for International Pro Wrestling and Southside Wrestling Entertainment, among others.

Will Ospreay made his professional debut on April 1, 2012, at the BritWres-Fest under the ring name Dark Britannico. During his tenure wrestling for Lucha Britannia, he won the ‘Lucha Britannia World Championship twice.

Then, Ospreay began competing in Progress Wrestling. His impressive performance earned him a spot in the Natural Progression Series I event. Nonetheless, he was defeated in the very first round. He quickly established the tag team The Swords of Essex with Paul Robinson and competed in the Progress Tag Team Championship.

Nonetheless, the team was ultimately vanquished. Ospreay continued to struggle but eventually defeated Jimmy Havoc, the Progress Champion, to earn the championship. In January 2016, he lost the championship to Marty Scurll.

In February of 2013, Osprey made his debut for Revolution Pro Wrestling. In his debut bout against Mike Hitchman, he prevailed. Again, he teamed up with Paul Robinson as the Swords of Essex and began competing in Tag Team Matches. After defeating the team ‘Project Ego’ on June 15, 2013, the team eventually won the British Tag Team Championship. The next year, they were defeated by the team “The Inner City Machine Gun.” 2014 also saw Osprey win the British Cruiserweight Championship.

In 2016, he made his New Japan Pro Wrestling debut. He was defeated during a bout for the IWGP Junior Heavyweight Championship against Yujiro Kushida. However, he was able to defeat Kushida at the October King of Pro-Wrestling event. This made Osprey the first Briton to win the championship.

It was revealed in November 2016 that he has acquired an exclusive contract with Ring of Honor. He defeated Bobby Fish in his debut match to become the new ROH World Television Champion. Ospreay has competed for various other promotions over his career, including International Pro Wrestling, Future Wrestling, Total Nonstop Wrestling, and Professional Wrestling Alliance.

Will Ospreay was born in Havering, London, England, on May 7, 1993. His early life and parents remain largely unknown. He has also shared little about his dating life.

The TNA Unbreakable 2005 match involving AJ Styles, Christopher Daniels, and Samoa Joe encouraged him to become a wrestler. The Iron Octopus, Air Assassin, Silent Whisperer, and Pip Pip Cheerio are some of his hallmark moves.

Will Ospreay is one of the wealthiest and most well-known wrestlers. According to our investigation, Wikipedia, Forbes, and Business Insider, Will Ospreay has an estimated net worth of $1.5 million.