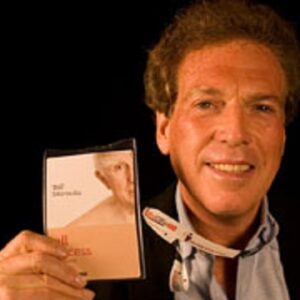 More Facts of William A. Marovitz

William A. Marovitz is an American lawyer and a Democratic statesman who has worked as a lawyer, a politician, a restaurateur, and a real estate businessman during his long career. He was a member of the Illinois Senate and the Illinois House of Representatives at the same time. He gained a reputation as one of Illinois’ most extraordinary legislators, receiving multiple ‘Best Legislator’ awards from several Illinois organizations. He served as Vice Chairman of the Senate Public Health Committee and Chairman of the Senate Judiciary Committee, among other posts. He was crucial in campaigning for stronger gun control legislation in Illinois in the latter capacity. He wrote and passed multiple pieces of legislation, including the nation’s first Safe School Zone bill. He was a driving force towards the repeal of the pre-marital aids test, and he continues to be a vocal supporter of the Gay Rights Act. He left the Senate in the early 1990s to concentrate on his business interests. He eventually rose to prominence in Chicago’s real estate industry. He is still a Democrat and currently serves on the state Democratic Party’s Central Committee as a committeeman.

Career of William A. Marovitz

While serving as Chairman of the Senate Judiciary Committee, he remained the leading supporter for strong gun control legislation in Illinois. In fact, from 1975 through 1992, he voted in favor of practically every gun control bill introduced in Illinois.

He proposed enacting the first-ever law requiring trigger locks on handguns, in order to prevent youngsters from having easy access to such dangerous weapons. As a Senator, Marovitz enacted legislation prohibiting the use of semi-automatic guns.

He didn’t mind being targeted by the ‘National Rifle Association’ of America, a strong proponent of gun rights, in each of his campaigns while taking such moves.

He went on to develop and pass the Instant Check Law in Illinois, which required a background check for any person before granting them the ability to acquire a gun, in order to prevent criminals from having easy access to guns.
In Illinois, Marovitz wrote and passed the Hate Crimes Act, which assured that crimes based on religion, race, sexual orientation, or ethnicity would be prosecuted.

Other bills he authored and approved include measures to penalize people who commit offenses linked to Elder Abuse and Ethnic Intimidation; the Illinois Crime Victims’ Compensation Act; and the United States’ first Safe School Zone law, which aims to protect school zones from guns and narcotics.

He chaired the Senate Stadium Sub-Committee and was essential in the passage of legislation to build the new White Sox Park, a baseball stadium in Chicago, Illinois.

He was also instrumental in the creation of the new United Centre, which houses the Chicago Blackhawks and Chicago Bulls.

He was a driving force behind the repeal of the pre-marital aids test, as well as a staunch champion for the gay community, eventually being the primary sponsor of the Gay Rights Act.

His legislative achievements earned him numerous ‘Best Legislator’ honors from various Illinois-based organizations, including the Illinois Council Against Handgun Violence’s Distinguished Service Award.
He resigned from the Senate in 1993 to pursue his business interests.

He began his career in real estate by purchasing posh properties in Chicago and developing them into apartment units, condominium units, retail spaces, and parking spaces while forming and leading a consortium of renowned companies such as ‘Near North Properties,’ ‘Magellan Properties,’ ‘American Invesco,’ and ‘US Equities.’

He got into the restaurant business while working on other real estate projects, co-owning the Chicago eateries ‘Quartino’ and ‘Carnivale.’ He was also a participant in many of the initiatives of ‘Lettuce Entertain You Enterprises’ (LEYE), a well-known network of restaurants in Chicago, Illinois, founded by Rich Melman and Jerry A. Orzoff.
Despite his retirement from the Senate, he remained involved in politics and was elected as a Central Committeeman on March 19, 2002.

He was elected as an Illinois Central Committeeman for the Ninth Congressional District on March 21, 2006. On February 2, 2010, he was re-elected to the position. He remained the Democratic Party of Illinois’ Vice Chairman.
As a senior consultant, he works for the Washington, D.C.-based government relations firm Cassidy and Associates. He also acts as a counsel for a number of pension funds, including the Laborer’s Annuity and Benefit Fund and the Municipal Employees Annuity and Benefit Fund.

He led the ‘Marovitz Group’ as President. He is a member of the ‘Illinois Council Against Handgun Violence,’ ‘DePaul University,’ ‘Weizmann Institute of Science,’ ‘Gene Siskel Film Center,’ and the ‘Anti-Defamation League,’ among other organizations and institutes.

Mentor a Child, or MAC, is a program he created for the Chicago Public School system that tries to use the resources of businesses and their employees to assist develop and improve the lives of underprivileged children.
His humanitarian side is revealed through his fundraising activities for disadvantaged, retarded, and disabled youngsters.

He is currently a member of the state Democratic Party’s Central Committee.

In 1995, he married Christie Hefner. Christie was the CEO of Playboy Enterprises, Inc., an American private global media and lifestyle firm founded by her father, Hugh Marston Hefner, until January 2009.
The Securities Exchange Commission sued Marovitz in 2012 for allegedly using inside information to fraudulently trade Playboy stock. He later settled for $168,352 in an out-of-court deal.
The couple divorced in 2013.

His actual net worth is estimated to be $1 million- $2 million as of now. His main sources of income are his political career, business, and his past works.