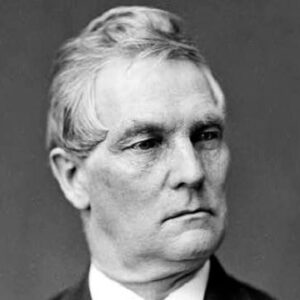 More Facts of William A. Wheeler

William A. Wheeler was a politician from the United States. He was the 19th Vice President of the United States from 1877 to 1881, when Rutherford B. Hayes was president. Wheeler was born in New York. After finishing elementary school, he went to the University of Vermont, but a financial crisis forced him to drop out before he could finish his degree. Later, he went to law school, passed the bar exam, and opened a law office in his hometown of Malone. Over time, he became interested in politics and joined the New York State Assembly as a Whig. In 1856, he joined the new Republican Party and stayed involved in state and national politics for a long time. After being a member and president pro tempore of the state Senate, Wheeler became a member of the U.S. House of Representatives, where he served from 1861 to 1863 and again from 1869 to 1877. After that, Wheeler was put on the Republican ticket with President Rutherford B. Hayes as the vice-presidential candidate. He was then put in office by the Electoral Commission. As Vice President of the United States, Wheeler worked hard to improve the integrity of government, reform the civil service, and help schools in the South. After serving in office for four years, Wheeler went back to private life. He died in his hometown when he was in his 60s.

William Almon Wheeler was born on June 30, 1819, in Malone, New York, U.S.A. His parents were Almon Wheeler, an attorney and local postmaster, and Eliza Woodworth, his wife.

Almon died at age 37 when William was only eight years old. To help support the family, Eliza took in students from the nearby Franklin Academy as renters.

Wheeler went to the Franklin academy to learn when he was young. He also worked as a farmer and saved money for college. At age 19, he went to the University of Vermont in Burlington, where he studied for two years before dropping out because he couldn’t afford to stay there any longer.

Wheeler went back to Malone and started teaching at a school thereafter giving up his degree. After that, he went to school to become a lawyer. In 1845, he was admitted to the bar and began practicing law in Malone.

Wheeler was made the District Attorney of Franklin County in 1846, and he stayed in that job until 1849. After that, he joined the Whig Party and was a representative from Franklin County in the New York State Assembly from 1850 to 1851, where he was in charge of the Ways and Means Committee.

Later, Wheeler joined the newly formed Republican Party and was elected to the 17th District of the New York State Senate in 1858. After that, he was chosen to be its president pro tempore, a position he held for a year.
Wheeler joined the U.S. House of Representatives from New York’s 16th district in March 1861. He was elected as a Republican to the 37th U.S. Congress, where he served until March 1863.

He was President of the New York State Constitutional Convention from June 1867 to February 1868.
In 1868, Wheeler won another election and became a representative from New York’s 17th district in the U.S. House of Representatives, where he led the Committee on Pacific Railroads.

In 1876, Wheeler was chosen by the Republican Party to be Rutherford B. Hayes’s running mate. After that, Wheeler was chosen as the 19th Vice President of the United States by an Electoral Commission that was set up to decide on disputed ballots in the 1876 election.

He was chosen as vice president to give the ticket a good mix of people from different parts of the country. He took office on March 4, 1877. In his acceptance letter, Wheeler said that Reconstruction needed to end, and President Hayes made sure that it did.

Wheeler was Vice President from March 4, 1877, until March 4, 1881, which was the end of his term.
Wheeler left public life when he was done with his job.

Wheeler was put on a committee to look into a disputed election in Louisiana after he was re-elected to the U.S. House of Representatives and became a member of the 44th U.S. Congress in 1875. After that, he wrote the famous “Wheeler Compromise,” which solved the problems between the different political parties in the state. With this deal, the Democratic and Republican parties both had a hand in running the state’s government.

In September 1845, Wheeler married Mary King, who had been one of his students. The couple stayed together until 1876 when Mary died.

After his time as Vice President of the United States was up, Wheeler left public life because his health was getting worse. He died at his home in Malone, New York, U.S., on June 4, 1887. He was 67 years old. He was buried in the Morningside Cemetery in Malone, next to his wife.

The biologist is William’s main source of income. 2019 estimated net worth: $1Million.