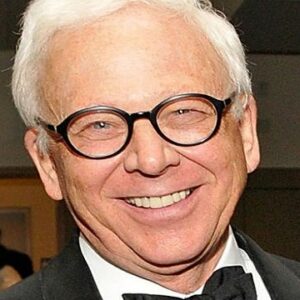 William Christopher is best remembered for his role as Father Mulcahy in the hit television series ‘M*A*S*H.’ He got bitten by the acting bug at a young age, being both talented and outgoing. As a result, he earned a degree in theatre and acting with the goal of making it great in the entertainment world. Christopher began his acting career as a stage actor, appearing in a variety of productions. It was only afterward that he was cast in Off-Broadway and Broadway roles. However, this was only the start of a bright future for him, as he traveled to New York to try his luck on television. After a succession of guest appearances and supporting roles, Christopher’s big break came with the television show ‘M*A*S*H.’ The series, which lasted nearly two decades, was a huge success, and Christopher was praised for his flawless portrayal of Father Mulcahy. He has also appeared in feature films such as ‘The Fortune Cookie,’ ‘With Six You Get Eggroll,’ ‘And the Private Navy of Sgt. O’Farrell,’ ‘The Shakiest Gun in the West,’ and ‘Hearts of the West,’ among others.

William Christopher was born in Evanston, Illinois, on October 20, 1932. His family was a direct descendant of Paul Revere, the revolutionary leader.
He completed his official schooling at New Trier High School before transferring to Wesleyan University in Middletown, Connecticut. He earned a BA in theater from the same institution.

He discovered his musical side while pursuing his acting skills at the university and joined the glee club, singing and playing the piano. He also liked soccer and fencing, as well as reading traditional Greek literature in its original form.
He was also a member of the Sigma Chi Fraternity at the University.

He earned his first acting gig after graduation with the Barnstormers Theatre group in New Hampshire. It was the oldest summer theater in New England.
He subsequently relocated to New York City to work in the entertainment industry and gain maximum exposure and potential. After much effort, he was able to secure many roles in only regional productions.

He landed a role in an Off-Broadway production of ‘The Hostage’ at One Sheridan Square after a succession of appearances in smaller shows. He eventually made his Broadway debut in the British revue ‘Beyond the Fringe.’
He relocated to New York, relying on the ever-expanding spectrum of entertainment, and tried his luck on the tiny screen, which promised a bright future. In ‘The Andy Griffith Show,’ he played a guest role.

He later appeared on ‘Death Valley Days,’ ‘The Patty Duke Show,’ ‘The Men from Shiloh,’ ‘The Love Boat,’ and ‘Good Times,’ among other shows. He even had recurrent roles in shows including “Gomer Pyle,” “USMC,” and “That Girl and Hogan’s Heroes.”

While his television career was flourishing, he began acting in feature films, beginning with ‘The Fortune Cookie and Doris Day’s ‘With Six You Get Eggroll.’

‘The Private Navy of Sgt. O’Farrell,’ ‘The Shakiest Gun in the West,’ and ‘Hearts of the West’ are among his other credits. He also appeared in the telefilms ‘The Movie Maker,’ ‘The Perils of Pauline,’ and ‘For the Love of It’ as a supporting actor.

His outstanding performances in ‘Hogan’s Heroes’ and ‘That Girl’ led to him auditioning for a position in the television drama ‘M A S H.’ The series was based on a 1970 film of the same name and a novel by Richard Hooker about the Korean War.

Interestingly, instead of following the script during the audition, he improvised his own words, entirely disregarding the monologue provided. As a result, George Morgan was offered the position of US Army Chaplain Captain John Francis Patrick Mulcahy.

Morgan was fired from the show due to a lack of competence and spontaneity. Christopher was then offered the part, but only on the condition that he follow the lines supplied to him.

What began as a guest appearance on the ‘M A S H’ series evolved into a full-fledged cast member. Mulcahy’s personality was not fully defined in the beginning, thus he depicted the character as a soft-spoken, naive, and squeamish individual.

Mulcahy’s character was developed further after he became a permanent member, and he was shown as a confident and respected figure. The show ran for 11 years, ending on February 28, 1983, with the final episode. ‘Dear Sis’ and ‘Mulcahy’s War’ are two of his favorite ‘M A S H’ episodes.

Following the conclusion of ‘M A S H,’ he returned for two more seasons in the CBS short-lived spin-off series ‘After MASH.’ He served as a chaplain while dealing with the emotional effects of his wartime experience.

He starred in a number of small-screen productions during the 1980s and 1990s, including ‘Lois & Clark: The New Adventures of Superman,’ ‘Diagnosis Murder,’ ‘Mad About You,’ and ‘Love Boat.’

‘Run for your Wife,’ ‘Move Over Mrs. Markhan,’ ‘It Runs in the Family,’ ‘Don’t Dress For Dinner,’ ‘Rumors,’ and ‘Lend Me A Tenor’ were among the films he starred in while continuing his career on the big and small screens.

In 1997, he collaborated with Neil Simon on the sitcom “The Odd Couple.” Two years later, he played Vincent van Gogh and Theo in a demanding part.
He played Father Tobias in seven episodes of the television series ‘Days of our Lives’ in 2012.

On a blind date, he met Barbara, his future wife. The two got along swimmingly and soon tied the knot. John and Ned, their two boys, were born to them.

His youngest son suffers from autism. He is a social activist who spends much of his time raising awareness about autism for the National Autistic Society.

He is the honorary chairman of the National Autistic Society and a member of the Devereux Foundation’s board of trustees, which provides services to adults with autism and other developmental disabilities.

He tried his hand at writing as well and came up with a book called ‘Mixed Blessings,’ which he co-authored with his wife. While diagnosing, treating, and understanding a difficult condition, the book dealt with the emotions, reactions, and actions of a family.

This Methodist actor is most remembered for his role as Father Mulcahy, a Catholic priest on the hit television series “M A S H.”