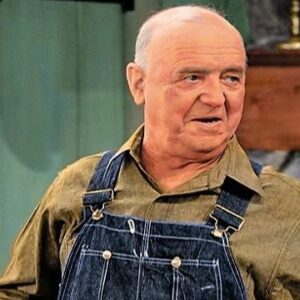 American actor William Clement Frawley worked in theater, television, and motion pictures. He is most known for his 1951–1957 portrayal of “Fred Mertz,” a World War I veteran, in the American television sitcom “I Love Lucy.” In his nearly fifty-year career, he appeared in more over a hundred films. Frawley gained notoriety working on Broadway before agreeing to a contract with the Paramount Studios in the middle of the 1910s. He co-founded with his wife Edna Louise one of the most well-known comic theatrical acts, “Frawley and Louise,” which operated for almost thirteen years. He developed a poor reputation throughout his career for losing his cool on the sets and tussling with other performers. He once hit another actor in the nose, which led to his dismissal from the production. Desi Arnaz, who portrayed the role of “Enrique Alberto Fernando y de Acha “Ricky” Ricardo III” in “I Love Lucy,” cautioned Frawley to keep his mouth shut while filming if he wanted to land the role of “Fred Mertz” in the show.

Father Michael A. Frawley and mother Mary E. (Brady) Frawley welcomed William Clement Frawley into the world on February 26, 1887 in Burlington, Iowa. He was the middle child of four children. He had his early schooling at a Catholic school and participated in the choir.
He appeared in local amateur productions and took part in various plays at the Burlington Opera House while still in school. His mother, a devout and conservative woman, didn’t agree with this, though.

Although William Frawley began his career in a Union Pacific Railroad office in Omaha, Nebraska, as a stenographer, his passion for acting never faded. His mother did not at all approve of him taking the role in the musical comedy “The Flirting Princess,” which he signed for when he quit this job to work as a court reporter in Chicago.

To appease his mother, he then accepted a position with a railway firm in St. Louis, Missouri. But he did not want this kind of life. He eventually established a vaudeville act with his brother Paul and began performing as an artist. Additionally, he penned a script titled “Fun in a Vaudeville Agency” and received $500 for it.
In order to create their own show, “A Man, a Piano, and a Nut,” Frawley and pianist Franz Rath resumed their vaudeville careers. He had a strong love for music and sang several songs.

He joined the Broadway stage and performed in a number of productions, including Ben Hecht and Charles MacArthur’s drama “Twentieth Century” in 1932 and the musical comedy “Merry, Merry” in 1925.
In 1933, Frawley starred in the short comedy “Moonlight and Pretzels,” and soon after, he secured a seven-year deal with Paramount Pictures.

Frawley first saw a decline in his acting work in the film industry in 1951. He immediately applied for a role when he heard about the upcoming sitcom “I Love Lucy.” Arnaz and Ball were both thrilled to have him in the role, but Frawley’s history of losing his cool on the set and his drinking behavior worried the show’s producers. Arnaz gambled on Frawley anyway because he so much wanted to cast someone of Frawley’s quality in the part of Fred Mertz. Frawley gave the program his all, and it went on to become a big success.

Frawley got a deal to participate in the ABC comedy “My Three Sons” later in 1960. Between 1960 and 1965, he portrayed Michael Francis “Bub” O’Casey, a live-in grandpa and housekeeper. When Fred MacMurray joined the show, Frawley’s character was reduced to a supporting role from one of the key roles in the drama about a widower raising his three sons.

Frawley began making appearances in the American sitcom “I Love Lucy” in 1951, which also starred Desi Arnaz, Vivian Vance, and Lucille Ball. He played the cantankerous and frugal landlord “Fred Mertz” and received favorable reviews for his performance. The program received numerous nominations for various important award ceremonies in addition to its five Emmy wins.

He went on to play Michael Francis “Bub” O’Casey in the 1960 season of the American sitcom “My Three Sons.” Between 1960 to 1965, he was a regular; until he got sick, William Demarest took his position. Due to his health difficulties, the show was unable to secure insurance for him and was forced to remove him from upcoming seasons.

William Frawley was honored with a star on the Hollywood Walk of Fame at 6322 Hollywood Boulevard on February 8, 1960.
He was admitted to the Television Academy Hall of Fame in March 2012.

In 1914, William Frawley wed Edna Louise Broedt, and together they created the vaudeville act known as “Frawley and Louise.” Despite their separation in 1921, they kept up their charade until their divorce in 1927.
When they worked together on the “I Love Lucy” set, he grew great friends with Lucille Ball and Desi Arnaz.
On March 3, 1966, Frawley had a heart attack as he was walking home from the theater. He later passed out. He passed on that day and was subsequently interred at the San Fernando Mission Cemetery.

When he passed away in 1966, William Frawley, an American entertainer and actor, had a net worth of $10 million (after adjusting for inflation). That was equivalent to nearly $1.4 million in 1966.