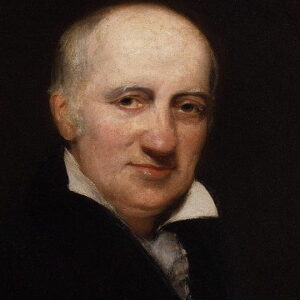 William Godwin was the founder of philosophical anarchism in addition to being a renowned novelist and journalist. Two of his books, ‘An Enquiry Concerning Political Justice’ and ‘Things as They Are; or, The Adventures of Caleb Williams,’ earned worldwide acclaim and are his most enduring legacies. Due to the success of his two works, he rapidly became well-known in London’s radical circles. In addition to being a talented writer, he had a significant impact on the culture of the United Kingdom. Godwin’s career was severely influenced by the French Revolution, and he left his job as minister of Beaconsfield to pursue his literary ambitions. Lord Byron and Percy Bysshe Shelley were influenced by the political theories of William Godwin. At the conclusion of his life, he focused on writing novels, with ‘Mandeville,’ ‘Cloudesley,’ and ‘Deloraine’ being his most popular works. In addition to creating a number of noteworthy writings on education, literary, and social subjects, he focused for a period on writing children’s introductions to biblical and classical history. Today, he is acknowledged as one of the literary and political giants who made significant contributions to the formation of British literature and culture. Examine this biography to have a deeper understanding of his life and works.

William Godwin was born in Cambridgeshire, England, to a middle-class family. His parents were devout Calvinists. His Nonconformist pastor father at Guestwick, Norfolk, went away at an early age.

At Hoxton Academy, he studied under illustrious figures such as Andrew Kippis, Robert Sandeman, and Dr. Abraham Reese.

Before relocating to London in 1782, he served as a clergyman in Ware, Stowmarket, and Beaconsfield.
1783 saw the publication of his first book, Life of Lord Chatham, in London.
Sketches of History was published in 1784 under his name. This volume had six sermons on the personalities of Jesus, Aaron, and Hazael.

In 1793, during the height of the French Revolution, he released a comprehensive political science book titled “Enquiry about Political Justice, and its Influence on General Virtue and Happiness.”
The 1794 publication ‘Things as They Are, or The Adventures of Caleb Williams’ was produced to popularize the concepts offered in the preceding book, ‘Political Justice’

Between 1797 and 1831, his books ‘The Enquirer,’ ‘St. Leon,’ and ‘Thoughts on Man: His Nature, Production, and Discoveries lay the groundwork for the mutually conflicting ideologies of communism and anarchy.

In addition to novels, he also wrote two unsuccessful plays: Antonio in 1800 and Faulkener in 1807.
Between 1824 and 1828, he authored The History of the Commonwealth, a four-volume work.
His final book, titled The Lives of the Necromancers, was released in 1834.

Godwin’s political philosophy was detailed in Enquiry Concerning Political Justice and Its Influence on Morals and Happiness, which was published in 1793. First Generation poets such as William Wordsworth and Samuel Taylor Coleridge adored this work. This is regarded as one of his greatest works to date.

The three-volume novel ‘Things as They Are; or The Adventures of Caleb Williams’ was released on May 12, 1794. Richard Brinsley Sheridan later staged the publication, which received a number of favorable reviews.

In 1797, he married the feminist author Mary Wollstonecraft, and following her untimely death, he penned an honest biography of her. Mary Shelley Godwin, his daughter, penned “Frankenstein” and married poet Percy Bysshe Shelley.

Mary Jane Clairmont, his second wife, influenced him to create children’s introductions to classical history.
On April 7, 1836, at the age of 80, he passed away in London, England.

This prominent author frequently published children’s books under the pen name “Edward Baldwin.”
This great author lived in seclusion for over thirty years due to his unsavory reputation.