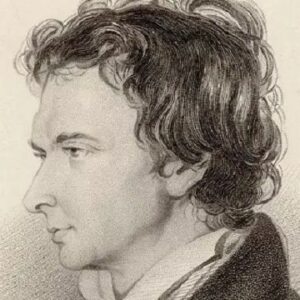 William Hazlitt is regarded as one of the best essayists and literary critics of all time. He was a painter, philosopher, and social commentator, among other things. He is widely regarded as the best Romantic-era art critic. Hazlitt was a political liberal who authored passionate defenses of the French Revolutionary beliefs. His father sympathized with the struggle for independence in the United States. Hazlitt inherited his father’s liberal ideals. Despite the fact that he was not fully free of political preconceptions, he criticised the Lake Poets’ politically conservative writings. He left a detailed account of his meeting with Samuel Taylor Coleridge and how he taught Hazlitt about revolution. Without any literary pretense, his writing style was basic, conversational, and intelligent. His work defies categorization into a single school of criticism. His articles followed the trend of ‘familiar’ essays, which discussed human experiences using the format of a normal conversation. William Hazlitt’s articles covered a wide range of topics, from Milton’s sonnets to Sir Joshua Reynolds’ ‘Discourses’ to his love of old books. His literary works provided readers with a lens through which to view the works of his Romantic contemporaries.

He received his education primarily at home and at a nearby school.

With a letter published in the ‘Shrewsbury Chronicle’ at the age of 13, he made his writing debut.

In 1793, he was assigned to the Unitarian Seminary at New College in Hackney.

Hazlitt experienced a crisis of faith while at college and came home to Wem.

Hazlitt met Samuel Taylor Coleridge in the Unitarian Chapel in Shrewsbury on January 14, 1798. When Hazlitt paid him a visit at his home in Nether Stowey, he also met William Wordsworth.

Hazlitt’s artistic interests flowed in the family, and he began painting in 1798.

By 1802, he had made some progress in painting, and a portrait of his father that he had lately created had been selected for a Royal Academy exhibition.

In 1802, he traveled to Paris to replicate many Old Master paintings from the Louvre.

Coleridge and Wordsworth had a falling out after he allegedly abused a woman while painting portraits of the two authors in the Lake District.

Career in Literature of William Hazlitt

In order to further his writing career, he relocated to London in 1804.

With the support of William Godwin, he published ‘An Essay on the Principles of Human Action’ on July 19, 1805.

Hazlitt’s preface to ‘The Light of Nature Pursued’ was published in 1807, along with a collection of parliamentary speeches called ‘The Eloquence of the British Senate.’

In January 1812, Hazlitt began his career as a lecturer at the Russell Institution in London, where he gave a series of speeches on British thinkers.

He was engaged as a parliamentary correspondent by the Whig newspaper ‘The Morning Chronicle’ in October 1812.

‘The Round Table’ was published in 1817. It consisted of forty Hazlitt writings and a dozen by Leigh Hunt, the editor of ‘The Morning Chronicle.’

‘Characters of Shakespeare’s Plays’ was published the same year by Hazlitt. This work cemented his reputation as a renowned Shakespearean commentator.

‘Table-Talk or Original Essays’ was released in 1822, and it was written in Montaigne’s “familiar style.”

In May 1823, he anonymously published ‘Liber amoris’ or ‘The New Pygmalion,’ a fictional description of a brief, illegal encounter.

In the same year, he released an anonymous collection of aphorisms called ‘Characteristics: In the Manner of Rochefoucault’s Maxims.’

In 1825, ‘The Spirit of the Age: or, Contemporary Portraits,’ a collection of sketches of twenty-five famous English figures, was released.

He continued to write pieces for ‘The Atlas,’ ‘The London Weekly Review,’ ‘The Court Journal,’ and ‘The Edinburgh Review’ in his final years.

He devoted his final years to a four-volume, unsuccessful biography of Napoleon Bonaparte (1828–1830).

Hazlitt’s literary criticism is best represented in ‘Characters of Shakespeare’s Plays’ (1817). The book includes subjective commentary on well-known Shakespearean characters such as Macbeth and Hamlet, as well as an introduction to his idea of ‘gusto.’ Even though they received a lot of unfavorable reviews at the time, ‘Table-Talk’ (1821–22) and ‘The Round Table’ (1817) are his two best collections of writings.

Sarah Stoddart, a friend of Mary Lamb’s and sister of John Stoddart, a journalist and the editor of ‘The Times’ newspaper, married Hazlitt in 1808.

The couple had three boys, but only one of them, William, was born in 1811 and lived to adulthood.

The couple split on July 17, 1822, due to Hazlitt’s brief extramarital romance with Sarah Walker, a girl 22 years his junior.

He married Isabella Bridwater, a Scottish widow, in 1824. It was a quickie marriage that lasted only three years.

Hazlitt passed away on September 18, 1830, from stomach cancer.

He was buried in the churchyard of St Anne’s Church in Soho, London, on September 23, 1830.

“Well, I’ve lived a happy life,” he said as his final words.

‘The Plain Speaker: Opinions on Books, Men, and Things’ is a posthumous collection of previously unpublished pieces. William Carew Hazlitt, his grandson, coordinated the event.

The estimated net worth of William Hazlitt is unknown.