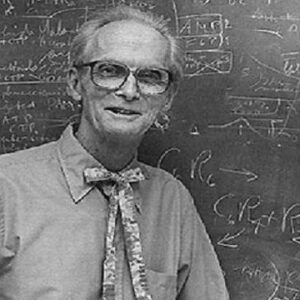 William Lipscomb was an American chemist who won the 1976 Nobel Prize in Chemistry for inorganic and organic chemistry. Nobel laureate for his work on the structure of molecules and chemical bonding, he is well-known for his contributions to nuclear magnetic resonance, theoretical chemistry, boron chemistry, and biochemistry. He continued his mentor’s work at the California Institute of Technology (Caltech) in the 1940s as a protégé of two-time Nobel laureate Linus C. Pauling. As a child growing up in a home that encouraged independent thinking and intellectual pursuits, he developed an early interest in chemistry. When he was 12, he received a small Gilbert chemistry set and was instantly hooked. He earned a Bachelor of Science degree in Chemistry from the University of Kentucky before pursuing a doctorate at the California Institute of Technology (Caltech). His mentor Linus C. Pauling had a significant influence on him, and he eventually pursued an academic career. He joined the faculty of the University of Minnesota in 1946 and left after 13 years to join the faculty of Harvard University. He also served on the Dow Chemical Company’s board of directors. He was a classical clarinetist who performed in chamber groups.

William Nunn Lipscomb, Jr. was born in Cleveland, Ohio, on December 9, 1919. His father was a physician, and his mother was a music teacher.

From an early age, he was drawn to scientific pursuits. He collected animals, insects, and rocks and was a frequent visitor to the University of Kentucky’s Observatory. At the age of 12, he received a small Gilbert chemistry set, which marked a watershed moment in his young life. Thus began his fascination with chemistry, which resulted in him conducting numerous experiments, including the creation of his own fireworks.

He earned a Bachelor of Science degree in chemistry from the University of Kentucky in 1941. He then transferred to the California Institute of Technology (Caltech), where he was offered a $20 per month teaching assistantship in Physics.

He initially intended to study theoretical quantum mechanics in the Physics Department with Prof. W. V. Houston but changed his mind after one semester. In 1942, under the influence of Prof. Linus Pauling, he transferred to the Chemistry Department and became involved in research and development for the ongoing World War II. He was primarily involved in the development of nitroglycerin–nitrocellulose propellants. He earned a Doctor of Philosophy degree in Chemistry in 1946.

William Lipscomb began his academic career in 1946 when he enrolled at the University of Minnesota. He worked there for 13 years before accepting a position as a professor of chemistry at Harvard University in 1959. He also served as chairman of the chemistry department there from 1962 to 1965.

He continued to conduct research throughout his teaching career and was appointed Abbott and James Lawrence Professor at Harvard in 1971. In 1990, he was appointed professor emeritus. He also served on the Dow Chemical Company’s board of directors from 1982 to 1990.

His research focused primarily on the development of X-ray diffraction techniques. Lipscomb and his colleagues were able to map the molecular structures of numerous boranes and their derivatives while working in this field. Boranes are boron-hydrogen compounds.

Several years of his career were devoted to the study of boranes. While some of his more audacious experiments in the field failed to produce the desired results, he was able to make significant contributions to boron chemistry and had considerable success with his boron bonding research.

He used X-ray crystallography to determine the molecular structure of boranes and developed theories to explain their bonds. He was also able to deduce the structure of carboranes using the same methods (compounds of carbon, boron, and hydrogen).

Toward the end of his career, he concentrated on the atomic structure of proteins, particularly the mechanism of action of enzymes. His group solved the three-dimensional structure of these proteins to atomic resolution using x-ray diffraction. Additionally, his group contributed to the discovery of concanavalin A, glucagon, and carbonic anhydrase.

William Lipscomb and his colleagues determined the molecular structure of boranes (compounds of boron and hydrogen) using X-ray crystallography, which was later found to be useful in a variety of chemical applications. The team’s research demonstrated how three atoms can share a pair of electrons, resulting in the proposed mechanism for the three-center two-electron bond.

In 1937, he was presented with the Bausch and Lomb honorary science award. In 1954, Lipscomb was named a Guggenheim Fellow, and in 1960, he was elected a Fellow of the American Academy of Arts and Sciences.

In 1976, he was awarded the Nobel Prize in Chemistry “for his studies on the structure of boranes that shed light on chemical bonding problems.”

His first marriage, which lasted from 1944 to 1983, was to Mary Adele Sargent. Their marriage produced three children, one of whom died shortly after birth.

William is one of the wealthiest chemists and is listed on the list of the most popular chemists. According to our analysis, William Lipscomb’s net worth is approximately $1.5 million, as reported by Wikipedia, Forbes, and Business Insider.