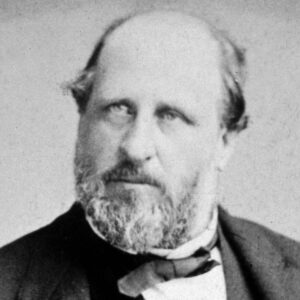 William M. Tweed was a politician in the United States who was well-known for his involvement in political corruption. He was the boss of Tammany Hall, the Democratic Party political machine that played a prominent role in the politics of 19th century New York City and State. He was also known as “Boss” Tweed. He dropped out of school at the age of 11 to learn his father’s craft as a third-generation Scottish-Irish chairmaker in Manhattan. Before entering the family company, he apprenticed with a saddle maker and subsequently worked as a brush manufacturer. Tweed also became a member of a volunteer fire department. Volunteer fire companies were also used as recruiting grounds for political parties at the time, and as a result, he met notable politicians and eventually entered politics himself. He was elected to Congress and steadily reinforced his influence in Tammany Hall (the Democratic Party’s executive committee in New York City). Over the next few years, he rose to prominence as a major politician in New York City, wielding significant influence over the city’s politics. He rose to prominence as a result of his involvement in political corruption, and he soon became a millionaire and Manhattan’s third largest landowner. He was eventually found guilty of stealing millions of dollars and sentenced to prison. In the Ludlow Street Jail, he died.

William M. Tweed was born in Manhattan on April 3, 1823. His father was a chairmaker from a third-generation Scottish-Irish family.

He had no formal education and dropped out of school when he was 11 years old to study his father’s trade. He became an apprentice to a saddler a few years later.

Before entering the family firm in 1852, he worked as a brush maker. He was also a member of a volunteer fire brigade that served as a political recruiting ground. He was elected to the United States House of Representatives in 1852 after being courted by the Democrats.

Tweed had no legal training, but his buddy Judge George G. Barnard certified him as an attorney, and Tweed launched a law firm soon after.

In the 1860s, he became the chairman of the Democratic General Committee, and in January 1863, he was elected to lead Tammany’s general committee. He wasted no time in consolidating his control through different tactics, and within months, he was dubbed “Boss.”

He then began to amass fortune through unethical ways. For his so-called “legal services,” he extorted significant quantities of money from numerous corporations, and he purchased the New-York Printing Company and the Manufacturing Stationers’ Company. Both enterprises began overcharging for their goods and services while under his leadership.

He was elected state senator and grand sachem (chief leader) of Tammany Hall in 1868. He was now one of the most powerful Democratic politicians in both the city and state of New York. He had his nominees elected as mayor of New York City, governor, and speaker of the state legislature to bolster his position.

Tweed got a city charter passed in April 1870 that gave control of the city’s finances to a Board of Audit, which included Tweed, who was Commissioner of Public Works, Mayor A. Oakey Hall, and Comptroller Richard “Slippery Dick” Connolly, all Tammany men.

The men began taking money from the city of New York government, defrauding taxpayers of millions of dollars. New York City’s debts grew from $36 million in 1868 to $136 million in 1870, with little to show for it.

Citizens were becoming increasingly enraged by Tweed’s and his allies’ pervasive political corruption, and many yearned for Tweed to be removed from power. His deeds were exposed by ‘The New York Times’ and ‘Harper’s Weekly,’ as well as Samuel J. Tilden, a reform lawyer.

In 1873, William M. Tweed was ultimately brought to trial for forgery and larceny, and he was found guilty and imprisoned. In 1875, however, he was released and jailed again on a civil accusation. He was able to flee to Cuba, where he stayed for a while, and subsequently to Spain.

He could not avoid arrest for long and was apprehended and imprisoned for the rest of his life in a New York City jail.

Tweed, William M., was a politician who was severely entangled in political corruption. In 1877, an alderman’s committee claimed that he stole between $25 million and $45 million from New York City taxpayers, however later estimates put the figure as high as $200 million.

William is one of the wealthiest politicians and one of the most well-known. William M Tweed’s net worth is estimated to be $1.5 million, according to Wikipedia, Forbes, and Business Insider.