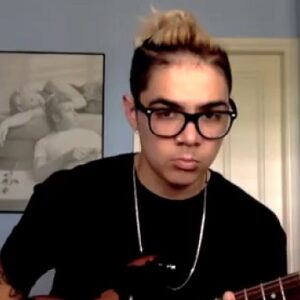 The Career of William

William Singe, who looks up to his father and is known for his seductive vocals and amazing high-pitched falsettos, initially rose to prominence in 2011 when he auditioned for the third season of ‘The X Factor Australia.’

His development was hindered, however, when he was unable to move beyond the Bootcamp level. Singe has been recording music since he was a toddler, and he used to go with his father to events at ‘In Situ,’ a bar/restaurant in ‘Manly,’ a beachside neighborhood of North Sydney.

In 2012, Singe auditioned for the fourth season of “The X Factor Australia,” singing Justin Bieber’s “One Less Lonely Girl,” which impressed the judges. One of the judges, ‘Mel B’ of the Spice Girls, felt as if William was singing for her.

Singe wrote the rap lyrics that were placed on the original music, which another judge, ‘Guy Sebastian,’ said was ‘insane.’

Singe outstanding performance earned him a spot in the nationwide singing competition’s’super boot camp stage. He was unable to get past that level, which would have placed him in the ‘Under-25 Boys’ grouping with five other outstanding contenders.

The judges then helped construct the boy band ‘The Collective,’ which had Singe as the rapper and Jayden Sierra, Zach Russell, Julian De Vizio, and Trent Bell as other members. The band came in third place in the competition and went on to get a recording contract with ‘Sony Music Australia.’

On December 14, 2012, ‘The Collective Boy’ released its self-titled mini-album. The mini-album debuted at number 11 on the Australian Albums Chart and was certified gold.

In 2013, William Singe was featured in a single recording of Bella Ferraro’s single “Forgot You,” which reached the 75th position on the “ARIA Singles Chart.” Bella Ferraro and Singe were both contestants on ‘X Factor Australia.’

On February 18, 2015, William Singe announced on Facebook that he was leaving the boy band to pursue a solo career. He made a name for himself as a solo artist, recording acoustic interpretations of songs like Justin Bieber, Alessia Cara, Fetty Wap, TLC, Adele, and Drake.

From his bedroom, William recorded and posted the cover videos.
Singe was able to upload 50 such videos in 2015 alone, and his Facebook fan following grew to over 2 million in the same year.

In 2015, Paradigm, a well-known US-based entertainment company that had worked with several well-known singers such as Austin Mahone, Black Eyed Peas, Sia, Coldplay, and Ed Sheeran, signed a recording deal with Singe.

William Singe’s version of Drake’s song “Hotline Bling” turned out to be his most popular video. The video, which received approximately 25 million views on Facebook and YouTube, went on to win the number one spot on Spotify’s ‘US Viral 50 Chart.’

Singe has fine-tuned his skills as a singer, songwriter, and producer, as well as garnered a loyal fan base since originally auditioning for the Australian reality television music competition.

William Singe was born on July 2, 1992, in Forestville, a North Sydney neighborhood. His forefathers and mothers were Maori Australians.

He went to Brookvale’s St. Augustine’s College and worked as a cashier at the Commonwealth Bank in Dee Why for a brief period. Singe claims that his father, who was a skilled performer, composer, and instrumentalist, was a major influence on him.

William Singe is a Sydney-based Australian singer, composer, and producer. His net worth is believed to be $3.5 million.