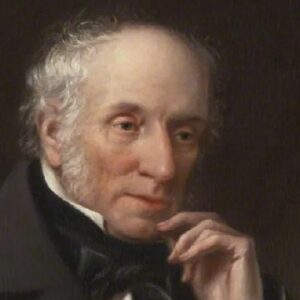 William Wordsworth was a well-known English poet who was instrumental in the development of the English Romantic Movement. With the collaborative publishing of ‘Lyrical Ballads’ with Samuel Taylor Coleridge in 1798, he is most recognized for ushering in the Romantic Age in English Literature. He was born in the Lake District, a North West England region noted for its stunning lakes, mountains, and woodlands. He grew up with a great love and respect for environment that he nurtured throughout his life. His love of nature had a significant impact on both his personality and his work. John Wordsworth, William Wordsworth’s father, taught him poetry and allowed him to read extensively from his father’s collection. In ‘The European Magazine,’ he published his first sonnet, which launched his writing career. His poetry volumes ‘An Evening Walk and Descriptive Sketches’ were later published. One of the most significant events in Wordsworth’s life is his meeting with Samuel Taylor Coleridge and subsequent friendship with him. ‘Lyrical Ballads,’ a collaboration between Wordsworth and Coleridge, was published in two volumes, the first of which did not credit either author. Soon after, a preface to the poems was included to the second and third editions. One of the most prominent works of the English Romantic Movement is this prelude to ‘Lyrical Ballads.’ ‘Poems in Two Volumes,’ ‘Guide to the Lakes,’ ‘The Excursion,’ and ‘The Prelude’ are among his other well-known works. Despite being a prolific poet, Wordsworth only authored one play, a tragedy called “The Borderers.” Wordsworth had big intentions to write an epic philosophical poem named ‘The Recluse,’ which he could not complete within his lifetime, inspired by his friend Coleridge.

William Wordsworth was the second of John Wordsworth and Ann Cookson’s five children. Ann Cookson was the daughter of a linen-draper, and John Wordsworth worked as a legal agent for James Lowther, 1st Earl of Lonsdale.
Richard, John, and Christopher were his three brothers, and Dorothy was his only sister. He was the one who was closest to his sister, with whom he had a deep and lasting bond.

He went to Ann Birkett’s school in Penrith and the grammar school near Cockermouth Church as a child.
He was sent to Hawkshead Grammar School in Lancashire when his mother died in 1778. In 1783, his father passed away.

Due to his parents’ sudden deaths, he was separated from his adored sister, who was transferred to live with relatives.
When he was eight years old, his mother died. His father worked as a lawyer for James Lowther, 1st Earl of Lonsdale, a notoriously corrupt figure known as “Wicked Jimmy” in the local community.

It was while he was a student at Hawkshead Grammar School that William discovered his passion for poetry. His career as a poet began with the publishing of a sonnet in The European Magazine in 1787.

He went on a tour of Europe while studying at St. John’s College in Cambridge. This experience profoundly influenced his life interests and sympathies, exposed him to the plight of the common man, and had a profound impact on his poems.

In 1793, he released his poetry books, ‘An Evening Walk and Descriptive Sketches,’ which solidified his position.
In 1795, he met poet Samuel Taylor Coleridge. The most important work in the English Romantic Movement, ‘Lyrical Ballads,’ was produced in partnership with him in 1798.

‘Lyrical Ballads,’ written in 1798 with Samuel Taylor Coleridge, is still considered one of his most important works. The poems are influential in their own right, but the poet’s opinions articulated in the prologue to the second edition have the distinction of being the most important work of the English Romantic Movement.

At the time of Wordsworth’s death, ‘The Prelude’ had not even been given a title; it was the culmination of a lifetime of labour that began when he was 28 years old. It was named and released three months after his death by his widow Mary.

He travelled France as a student and fell in love with Annette Vallon, a French woman with whom he had a daughter, Caroline. Despite the fact that he did not marry Annette, he did his best to assist her.

In 1802, he married Mary Hutchinson, a boyhood acquaintance. Three of the couple’s five children predeceased their father. Dorothy, his sister, resided with him for the rest of his life.

Wordsworth’s greatest legacy was the introduction of a new attitude toward nature, since he used nature images in his writing and gave a new perspective on man’s relationship with nature.
In his autobiographical poem ‘The Prelude,’ Wordsworth delved deeply into his own sensitivities as he tracked the formation of a poet’s mind.

Wordsworth not only wrote some of the best poetry of his day, but he also declared poetry to be “as everlasting as the heart of man,” putting it at the center of human existence.

‘The Prelude’ was written as an introduction to the poet’s long philosophical poem, ‘The Recluse,’ which he never finished during his lifetime.

He met John “Walking” Stewart, an English explorer and philosopher, in 1792, and his poetry was greatly influenced by him.

He and his pals Robert Southey and Coleridge were known as the “Lake Poets.”
In 1843, he succeeded Southey as Poet Laureate of the United Kingdom, a position he held until his death in 1850.

William is one of the wealthiest poets and one of the most well-known. William Wordsworth’s net worth is estimated to be $1.5 million, according to Wikipedia, Forbes, and Business Insider.