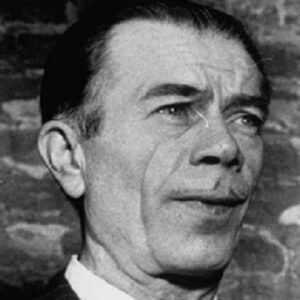 Willie Sutton, sometimes known as William Francis Sutton, was a bank robber in the United States who had a forty-year criminal career. He is suspected of robbing over 100 banks and taking $2 million. He was a master of disguise who frequently pretended to be a postal telegraph messenger, a police officer, or a maintenance worker. “Slick Willie” and “Willie the Actor” were his nicknames for his ability to carry out crimes while disguised. He had a reputation for cleverly escaping out of prisons, which he accomplished three times, in addition to being a creative robber. Willie was a non-violent and courteous crook who never killed anyone during his career as a professional criminal. During his robberies, he always carried a gun, although he subsequently admitted that he never carried a loaded gun because he was frightened of harming someone. For his misdeeds, he was frequently arrested, and he spent half of his adult life in prison. He was also known for breaking out of prison before serving his sentence. In 1931, he was arrested for the first time and sentenced to 30 years in prison. But, with the help of a smuggled gun and a jail guard as a hostage, he managed to flee the following year. He was ranked as the 11th most wanted fugitive on the FBI Ten Most Wanted Fugitives in 1950, and he was apprehended in 1952.

Willie Sutton was born in Brooklyn to William Francis Sutton Sr., a blacksmith, and his wife, into an Irish-American family. He was one of four siblings.

He did not finish eighth grade and dropped out in order to find work. He worked legally as a clerk, a driller, and a gardener for a brief time. But, at a young age, he went into crime.

He began his criminal career in 1919 when he was 18 years old when he and two of his companions looted the office of a friend’s father. The group made off with $16,000 before being apprehended. They were not charged with anything.

During the years 1924–25, he and a companion worked for a burglary crew led by Edward Tate, one of the most notorious safecrackers of the period. He taught Willie a lot about the art of burglary.

In 1930, he became a prolific burglar, conducting seven burglaries or attempted burglaries, typically targeting jewelry stores or banks. He was apprehended in 1931 but managed to flee in 1932 with the help of a smuggled gun.
Willie, disguised as a police officer, and two accomplices broke into the Corn Exchange bank in New York in 1933.

He attempted to rob the Corn Exchange National Bank & Trust in Philadelphia the same year but was prevented by a vigilant employee. In 1934, he returned with two accomplices and made off with over $20,000 in cash.
In 1934, he was discovered and sentenced to life in jail, but he escaped once more, this time posing as a prison guard.

He and some of his associates held an employee at gunpoint at the Manufacturers Trust Company in New York in 1950. They got away with over $60,000 in cash.

When he was jailed in 1952 for robbing the Manufacturers Trust Company, his criminal career came to a stop. He was serving a life sentence + 105 years at the time of his arrest. In Queens County Court, he was sentenced to an extra 30 years in prison.

Willie pretended to be a customer at the H&L Gross Jewelry Store in New York in 1930. He then held the owner at gunpoint and stole $30,000 worth of jewels.
He and five accomplices, including two women, broke into the Richmond Hill National Bank in the same year and handcuffed several of the staff. They made the manager open the vault and deliver over $19,000 to them.

Willie entered the J.Rosenthal & Son Jewelry Store disguised as a telegraph messenger when an employee opened the door to accept the telegram. His accomplice trailed him, and the two of them chained the employees together. They made off with $129,000 in jewelry.

In 1933, he and two pals pretended to be cops and broke into the Corn Exchange Bank in New York. While the others supervised the personnel, Willie held the doorkeeper at gunpoint. The vault was forced open by the manager, and the burglars made off with $23,000.

Willie had attempted to rob Corn Exchange Bank & Trust Co. unsuccessfully in 1933, but he returned the next year to complete the job. They chained the staff and forced the manager to unlock the vault and hand over $21,000, accompanied by two of his most trusted associates who were loaded with firearms.

In 1950, he and two accomplices robbed the Manufacturers Trust Company in the tried-and-true method. They forced the manager to open the vault while holding the bank custodian at gunpoint. They were able to get away with nearly $64,000.

In 1929, he married Louise Ludemann, with whom he had a daughter. While he was in prison, she divorced him.
In 1933, he married his second wife, Olga Kowalska.

Due to his good behavior in prison and declining health, his sentence was postponed in 1969, and he was set free.
Willie became a champion for prison reform after his release from prison, and he advised banks on anti-robbery measures. He didn’t commit another robbery after that.

Willie is one of the wealthiest criminals and one of the most well-known. Willie Sutton’s net worth is estimated to be $1.5 million, according to Wikipedia, Forbes, and Business Insider.

Despite the fact that he was a criminal, he never killed anyone.
He had the reputation of being a “Gentleman Robber,” while several sources claim that he was anything but.
He is widely cited as saying that he stole banks “because that’s where the money is,” a statement he denies making.
‘I, Willie Sutton’ (1953, with Quentin Reynolds) and ‘Where the Money Was’ are two works based on his life (1976, with Edward Linn).

In 2011, a documentary film based on his life, ‘In the Footsteps of Willie Sutton,’ was released.