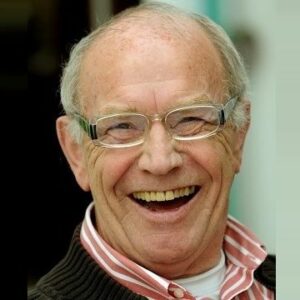 Wolfgang Paul was a German physicist who shared half of the Nobel Prize in Physics in 1989 with American physicist Hans G. Dehmelt, who was born in Germany. Norman F. Ramsey, an American physicist, received the other half of the prize. Paul was awarded a portion of the prize for developing the Paul trap, an electromagnetic device that collects ions (electrically charged atoms) and retains them for long enough for their properties to be examined precisely. Paul learned about the life of a scientist in a chemical laboratory from his father, who was a professor of pharmaceutic chemistry. Paul’s parents were both proponents of humanistic education, and his interest in science began at a young age. He opted to become a physicist after finishing the gymnasium in Munich with 9 years of Latin and 6 years of ancient Greek, history, and philosophy. Throughout his school years, he had a number of inspirational teachers who had a significant impact on his scientific thinking. His doctoral dissertation was halted as World War II broke out, and he was drafted into the air force. He was a member of several scientific bodies in Germany and abroad, in addition to being a professor at Bonn University for a long time.

Wolfgang Paul was born on August 10, 1913, as the fourth child of Theodor and Elisabeth Paul in Lorenzkirch, a small village in Saxony, Germany. His parents were the parents of six children.
Paul grew up in Munich, where his father was a university professor of pharmaceutical chemistry. He was exposed to the life of a scientist in a chemical laboratory at a young age. Paul’s father died when he was still a student.

He opted to become a physicist after finishing the gymnasium in Munich with 9 years of Latin and 6 years of ancient Greek, history, and philosophy.

Arnold Sommerfeld, his father’s university colleague, urged him to start with a precision mechanics apprenticeship.
He began his studies at the Technische Hochschule München in the fall of 1932.
After passing his first examination in 1934, he enrolled at Berlin’s Technische Hochschule, where he studied under Hans Kopfermann, who was very interested in Paul’s studies.

Richard Becker, a theorist at the same university, tutored him, and both Hans Kopfermann and Richard Becker had a profound influence on Paul’s scientific thinking.
Not only did the two individuals influence Paul’s approach to science, but they also had a significant impact on his political views during World War I. This led to Paul signing the ‘Gottinger Eighteen’ declaration in 1957, a declaration by 18 eminent West German nuclear scientists opposing the arming of the West German army with tactical nuclear weapons.

He followed Kopfermann to the University of Kiel, where he had just been named Professor Ordinarius, after passing his diploma exam in 1937.

He picked the determination of Beryllium nuclear moments from the hyperfine spectrum for his doctoral thesis. To reduce the Doppler Effect, he created an atomic beam light source. But, just as he was about to finish his thesis, he was drafted into the air force just days before the war began.

Fortunately, he was granted a leave of absence a few months later to complete his thesis and take his Ph.D. exam at the TH Berlin. He was spared from military service in 1940.
He rejoined the group around Kopfermann, which moved to Gottingen two years later. In 1944, he earned the title of Privatdozent, an academic title that acknowledges a person’s capacity to teach autonomously at the university level.

He collaborated with W. Walcher on mass spectrometry and isotope separation during his time as a university professor. When they heard of D. Kerst’s invention of the betatron in the United States, as well as Gund’s development of a comparable device at Siemens, Kopfermann realized that scattering experiments with high-energy electrons would allow them to analyze the charge structure of nuclei.

He persuaded Paul to pursue this new and exciting subject of physics, and Paul soon joined the Siemens laboratory for the first test measurements. They were able to get this accelerator to Gottingen after the war.
However, due to the military government’s restrictions on physics research, he shifted his focus for a few years to radiobiology and electron cancer therapy in partnership with his medical faculty colleague G. Schubert.

They also conducted scattering experiments, first studying the deuteron’s electric disintegration, and measuring the Lamb shift in the He-spectrum with optical means for the first time.
He was appointed Professor of Physics and Director of the Physics Institute at the University of Bonn in 1952. With his students, he began new activities such as molecular beam physics, mass spectrometry, and high energy electron physics.

In many ways, research students designed and studied the quadrupole mass spectrometer and the ion trap. Paul and his colleagues also created a 500 MeV electron synchrotron with the help of the Deutsche Forschungsgemeinschaft, the first in Europe to use the new strong focusing principle. It was followed in 1965 by a 2500 MeV synchrotron.

In 1989, Paul has awarded the Nobel Prize in Physics for developing the Paul trap, an electromagnetic device that traps ions (electrically charged atoms) and maintains them long enough for their properties to be examined correctly.

Due to his background in accelerator physics, he acted as an advisor at CERN.
He was a member of the Scientific Policy Committee and eventually served as its chairman. He also spent several years as Germany’s scientific delegate to the CERN Council.
He was the chairman of ECFA, the European Committee for Future Accelerators, for a short time.

Paul and Liselotte have four children together, two daughters and two sons. Both of his sons went on to become physicists and collaborated with Paul on studies.

Paul married Dr. Doris Walch, a medieval literature professor at the University of Bonn after his first wife died.
Paul died on December 7, 1993, in Bonn, North Rhine-Westphalia, Germany, at the age of 80.