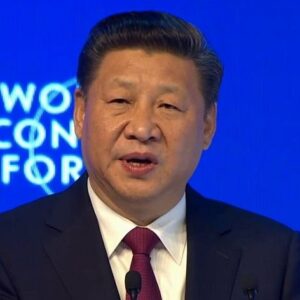 President of the People’s Republic of China, Xi Jinping (PRC). He is the general secretary of the Chinese Communist Party (CPC) as well as the chairman of the Central Military Commission (CMC). Xi Jinping has been China’s highest-ranking official since 2012. After Mao Zedong, Deng Xiaoping, and Jiang Zemin, he was the fourth person to obtain the CPC’s ‘leadership core’ designation in 2016. Following his election as President of the People’s Republic of China, Xi Jinping took steps to ensure party discipline and internal harmony. Several ‘Communist Party’ leaders were brought down as a result of his far-reaching anti-corruption crusade. Xi is regarded and admired for his honesty, which he has maintained despite the fact that his party has been implicated in a number of scandals. Xi, as the CPC’s supreme leader, is always working to improve the country and its people. His efforts are motivated by his desire to create China as a superpower. Political commentators have branded Xi Jinping a “dictator” for removing term limits for the president of the People’s Republic of China, which was ratified along with a slew of other constitutional revisions in 2018 during his presidency. ‘Forbes’ magazine called him “the most powerful and influential person in the world” in 2018.

Xi Jinping was born in Beijing, China, on June 15, 1953, to Xi Zhongxun and Qi Xin. Qiaoqiao and An’an are his two older sisters. His father held many positions after the foundation of the PRC, including party propaganda head and vice chairman of the ‘National People’s Congress.’ Xi Jinping’s rise to the top was not simple, despite his being referred to as a princeling at times.
Xi’s father was ousted from his vice-premiership in 1962 and eventually imprisoned. Xi was then assigned to the rural town of Liangjiahe, where he would work and live among the residents, with whom he was extremely popular.
He resided in a typical cave-like house in Liangjiahe, got water from a spring, and ate mostly rice gruel.
He proceeded to ‘Tsinghua University’ in Beijing’s capital city to study chemical engineering after seven years. Tsinghua University is noted for producing a large portion of China’s ruling class.
Xi attempted to join the ‘Communist Party’ multiple times during his boyhood. Because of his father’s strained ties with the party, he was frequently rejected.

He was finally admitted to the party in 1974, and he began his political career as Geng Biao’s adviser. The ‘People’s Liberation Army’ had Geng as a prominent leader. Xi was the party secretary in China’s Hebei province for three years.
After being sent to Fujian in 1985, he held numerous party positions, including deputy mayor of Xiamen. He proposed a number of infrastructure upgrades, all of which were turned down by the provincial government.
Xi relocated to Ningde in 1987 to work as a district party chairman. He started a conservation drive to beautify the main highway that connects Ningde with the rest of Fujian province.
From 1998 to 2000, he was the party’s head in Fuzhou, the provincial capital. Xi is credited with revitalizing the historic ‘Three Lanes and Seven Alleys’ district and attracting foreign investment.
During his time in Fujian province, his reputation as an honest and efficient politician grew significantly. He was named Fujian’s provincial governor in 1999.
He relocated to Zhejiang Province, where he served as governor and party secretary, in 2003. Private industry investment in research and development in the province doubled during his tenure.
He was chosen to lead the party in Shanghai in 2007. In the aftermath of the crisis, the choice was taken based on his renowned integrity.
For Xi Jinping, 2008 was a breakthrough year. He was elected to the ‘Standing Committee of the Communist Party’ and, shortly after, to the Vice President of the People’s Republic of China.
He was appointed general secretary of the ‘Central Committee of the Communist Party of China’ in 2012. Given that China is a one-party state, this is the country’s most powerful position. Xi was elected president of the People’s Republic of China later that year. He has been China’s ‘Paramount Leader’ since 2012, thanks to his political clout.

‘The Governance of China,’ a collection of political philosophy published by ‘ICP Intercultural Press’ in 2014, is one of his works. It is ranked among the top 50 books in the ‘Amazon’ category of ‘politics and government—Asian.’
‘Approachable: The Charm of Xi Jinping’s Words,’ published by Shanghai Jiao Tong University Press in the same year, is a collection of President Xi’s statements.

The Cuban government bestowed the ‘Order of José Marti,’ the highest accolade that Cuba can bestow, on President Xi Jinping in 2014. This prize was granted in honor of Xi’s efforts to improve Cuban-Chinese connections and the communist cause, and was named after a respected revolutionary and writer.

He married Peng Liyuan, a folk singer, in 1987. Her act on state television has made her famous. She is also well-known for being a fashion trend-setter. She also holds the position of General in the ‘People’s Liberation Army.’
The couple’s sole child, a daughter named Xi Mingze, was born in 1992. ‘Harvard University’ was where she earned her college education. She has been keeping a quiet profile since graduating.

Xi Jinping has a net worth of $1 million.

Xi Jinping’s wife had a high profile in China until his ascension to the presidency. This well-known politician visited the United States in 1985, staying with a rural family in Iowa.