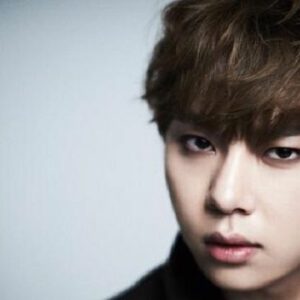 Yong Jun-hyung, also known as Junhyung and Joker, is a South Korean rapper, singer, songwriter, actor, and record producer. Yong is currently a member of the South Korean boy band ‘Highlight’ (formerly known as ‘Beast’). He was previously a member of the boy band ‘Xing’. Among his releases are an EP titled ‘Flower’ and the singles ‘Living Without You’ and ‘After This Moment’. His collaborations include ‘Thanks To’ with Yoseob for Beast’s ‘My Story’ album and ‘Tell Me It’s Okay’ with Luna and Doni for Hyung-‘HIT Don’s MAKER’ album. He has appeared as a rapper on several other artists’ tracks, including Hyuna’s ‘Change’ and ‘A Bitter Day’ and Young Jee’s ‘It’s Love If You’re Crazy’. He also co-wrote and produced numerous songs for Beast’s album ‘Hard to Love, How to Love,’ including ‘How to Love’ and ‘Will You Be Alright?’ with Kim Tae-joo. Along with musical endeavors, he has dabbled in acting. His lead role in the South Korean television series ‘Monstar’ earned him the 6th Korea Drama Awards’ Best New Actor award.

Yong Jun-hyung was born Yong Jae-soon in Seoul, South Korea on December 19, 1989. He changed his given name to Yong Jun-hyung in sixth grade. He attended Anyang Arts High School.

He remained a member of the boy band ‘Xing’ for a time, along with American singer, actor, and television host Kevin Woo. While on tour with the band, he earned the moniker Poppin’ Dragon.

He made his debut in 2009 with the South Korean boy band ‘Beast’, which currently consists of four members: Yang Yo-seob, Yoon Doo-joon, Son Dong-woon, and Lee Gi-kwang. Jang Hyun-seung officially left the band in April 2016.

Originally known as ‘B2ST,’ or ‘Boys 2 Search the Top,’ the group’s name was later changed to ‘BEAST,’ an acronym for ‘Boys of East Asia Standing Tall.’

‘Beast’ debuted at the MTV GongGae Hall in October 2009. On October 14, 2009, the group released its debut EP ‘Beast Is The B2ST’ and made their live debut with the group’s debut single ‘Bad Girl’ on KBS’s South Korean music program ‘Music Bank’.

He remained a contestant alongside Beast in 2010’s ‘Idol Star Athletics Championships,’ which aired on MBC from September 25th to 26th.

‘Beast’ made their Japanese debut in March 2011 with the release of the Japanese version of their March 2010 single ‘Shock’. That same year, on May 17, the group released their debut full-length album, ‘Fiction and Fact,’ which debuted at the top of the Gaon’s May 2011 Monthly Chart with a sales total of 90,000 copies.

He made a cameo appearance as a Joker in the third episode of the South Korean sitcom ‘Salamander Guru and The Shadows’ in early 2012. On February 3 of the same year, he released his solo non-album single ‘Living Without You,’ which he co-wrote in a hip-hop style with Rado, with Rado contributing the song’s music.

He was cast as Yoon Seol-chan alongside Ha Yeon-soo and Kang Ha-neul in the romance music teen drama ‘Monstar,’ which aired on Mnet and tvN for 12 episodes between May 17, 2013 and August 2, 2013. He received several award nominations for the series, and he won the Best New Actor award at the 6th Korea Drama Awards that year.

In December 2013, he released his debut mini-album ‘Flower’ via ‘Cube Entertainment. The EP, which contains five tracks, was released on all online music platforms at 12 a.m. KST on that day. Its title track, ‘Flower,’ shot to the top of the music charts, while other tracks such as ‘Anything’ and ‘Caffeine (Piano Version)’ also achieved success.

Along with Kim Tae-joo (Good Life), he wrote lyrics and composed music for all of the tracks on the mini-album ‘Flower,’ except for the track ‘Nothing Is Forever.’

In 2016, he released a second non-album single, titled ‘After This Moment.’ He contributed the song’s lyrics. The single’s music was created in collaboration with Davii.

Yong and four other members of ‘Beast’ changed labels from ‘Cube Entertainment’ to ‘Around Us Entertainment’ in late 2016, and the band’s name was changed to ‘Highlight’ in 2017. The group’s first release under the rebranded moniker ‘Highlight’ was the March 2017 extended play ‘Can You Feel It?’.

Following the boy band’s rebranding as ‘Highlight,’ Yong continued to contribute lyrics and music to several tracks. ‘Plz Don’t Be Sad’ and ‘It’s Still Beautiful’ from the album ‘Can You Feel It?’ (2017), as well as ‘Can Be Better’ from the album ‘Celebrate’ (2017).

The Estimated net worth of Yong Jun-hyung is unknown.